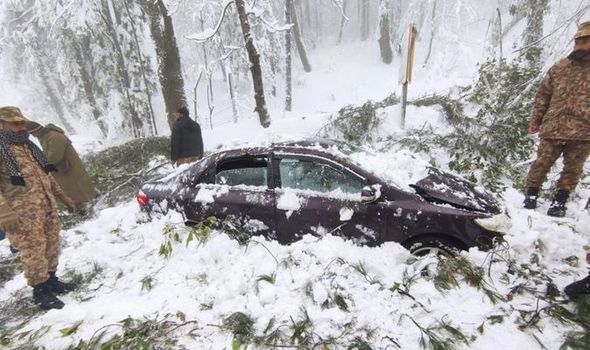 At least 21 people are dead in northern Pakistan after thousands of vehicles became stranded in a blizzard Saturday. The tourists, who were stuck in a traffic jam, suffered from a “food crisis” after being stranded, it has been confirmed by Pakistan’s Interior Minister Sheikh Rashid.

Snow began to fall Tuesday night around Muree, some 28 miles north of the capital of Islamabad.

The storm led to an influx of thousands of tourists, Reuters has reported.

But many became stranded on roads due to the number of visitors, and with local media reporting that over 100,000 vehicles entered a hill station.

Videos circulated on social media in which people are seen dead in stranded cars covered with the snow.