Gaza City – The second Intifada – commonly referred to by Palestinians as al-Aqsa Intifada – began after then-Israeli opposition leader Ariel Sharon sparked the uprising when he stormed al-Aqsa Mosque compound in occupied East Jerusalem with more than 1,000 heavily armed police and soldiers on September 28, 2000.

The move sparked widespread outrage among Palestinians who had just marked the anniversary of the 1982 Sabra and Shatila massacre, for which Sharon was found responsible for failing to stop the bloodshed, following Israel’s invasion of Lebanon.

But prior to Sharon’s controversial move, frustration and anger had risen year after year among Palestinians on the backdrop of the refusal of successive Israeli governments to abide by the Oslo Accords and end the occupation.

Diana Buttu, a Ramallah-based analyst and former adviser to the Palestinian negotiators on Oslo, told Al Jazeera: “Everybody, including the Americans, were warning the Israelis that the Palestinians are reaching a boiling point, and you need to calm down. Instead, they turned up the fire even more.

“Sharon’s visit was the spark that lit up the Intifada, but the groundwork was laid in the years before that.”

Under the Oslo agreement by May 4, 1999, there was supposed to be an independent Palestine, Buttu noted, adding from the start of negotiations in 1993 until the start of the Intifada “what we saw was a fast expansion of Israel’s settlements”.

“In fact, we saw that the number of settlers doubled from 200,000 to 400,000 just in that short period from 1993 to the year 2000. You can see that what was happening on the ground was designed to ensure that there wasn’t going to be an independent Palestinian state,” she said.

The tensions and the frustration had also risen after the failure of the Camp David Peace talks that were held in July 2000, where then-Palestinian leader Yasser Arafat and Israeli Prime Minister Ehud Barak failed to reach a peace agreement because of disagreements over the status of Jerusalem, territorial contiguity, and the right of return for Palestinian refugees.

“The Palestinians wanted through the Intifada to improve the post-Oslo conditions that reached a low point in the Camp David Summit where Arafat was demanded to give up on Jerusalem and the refugees issue.”

“Israel wanted through Sharon’s visit to provoke the Palestinians into a violent reaction. The Israelis thought that dealing a severe military blow to the Palestinians would lower their political demands in the negotiations in the aftermath of Camp David summit.” 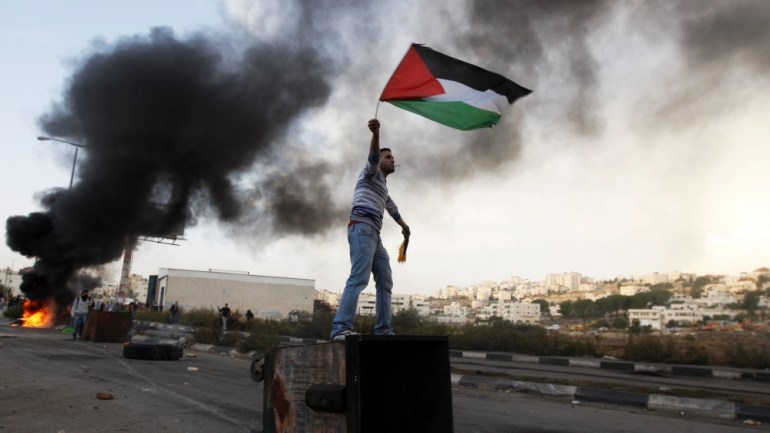 How Israel exacerbated violence in the second Intifada

The first days of the uprising were characterised by large non-violent demonstrations that included civil disobedience and some stone-throwing. It started in Jerusalem and quickly spread to the occupied West Bank and East Jerusalem.

During the first few days of the second Intifada, it is estimated Israeli soldiers fired about 1.3 million rounds of ammunition, as revealed by Amos Malka, then-director of Israeli military intelligence. This occurred despite the fact that violence by Palestinians in the early weeks was minimal.

“The Israeli violence showed that the Israelis were not interested in a quick end to the conflict,” Abu Yusuf said. “The fact that Israel shot over a million bullets, caused great losses to Palestinian lives, and stepped over the Muslim holy places all shows that Israel wanted to militarise the Intifada. The excessive use of force that the Israeli army exercised was intended to drag the Palestinians into a military confrontation.”

Buttu said Israel’s leaders wanted a distraction from the building of settlements. “It was a cover for everything they had wanted to do since.”

In the first five days of the Intifada, 47 Palestinians were killed and another 1,885 were wounded. Amnesty International found the majority of Palestinian casualties were civilian bystanders, and 80 percent of those killed in the first month posed no life-threatening danger to Israeli forces. Five Israelis were killed by Palestinians during the same period.

Analysts have long argued excessive use of force was the reason why the phase of Palestinian popular resistance in the Second Intifada ended quickly and was replaced by armed rebellion.

When talking about the second Intifada, Israelis would talk about the Palestinian suicide bombings, but observers say it was not until more than a month of Palestinians enduring lethal military attacks that some resorted to self-sacrificing violence.

At least 4,973 Palestinians were killed over the course of the Second Intifada. Among them were 1,262 children, 274 women and 32 medical personnel, according to the Palestinian Center for Human Rights.

More than 10,000 children were wounded during the five years of the Intifada, according to the Defence for Children International, a Swiss-based independent organisation dedicated to promoting and protecting children’s rights.

In addition to the deaths and injuries, the Israeli army demolished more than 5,000 Palestinians homes and damaged another 6,500 beyond repair, according to the Palestinian Center for Human Rights.

The second Intifada generally reflected non-violent resistance that was overlooked by the mainstream media, as Palestinians organised and protested non-violently against the military campaign, the Israeli settlements, the demolition of Palestinian homes, as well as the separation barrier.

“The vast majority of the Second Intifada was non-violent. This was constantly unreported because it didn’t fit into the narrative that was being portrayed to the Western media,” Buttu said.

“I remember being at many of these demonstrations where the Israelis responded with a lot of violence. I was somebody who was shot with a rubber bullet in my right leg.”

During the Intifada years, the Palestinians made attempts to end the violence but the Israelis rejected the overtures.

In February 2003, Israeli sources revealed a proposal submitted by the Palestinian Authority to Israel. It pledged to completely stop all attacks against Israel in return for the gradual withdrawal of the Israeli occupation to the pre-Intifada locations.

In 2002, Palestinian leaders repeated their efforts to end the military confrontation when Arafat endorsed the Arab Peace Initiative launched by Saudi Arabia. Israel, on the other hand, ignored the proposal and continued its military operations. 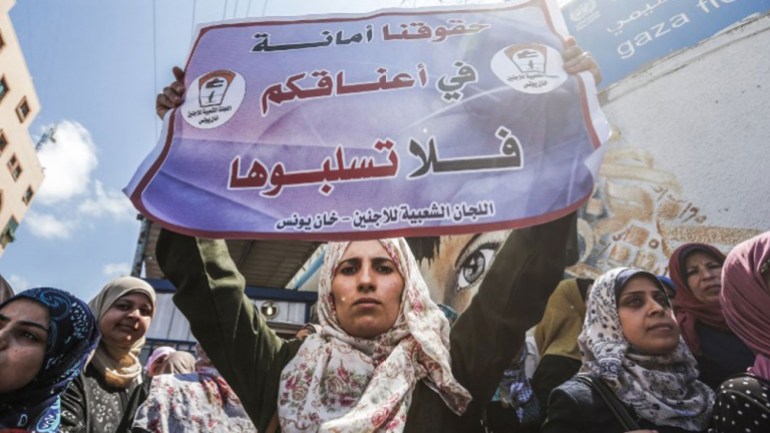 How Israel still uses the second Intifada as a pretext

“This is why you see the Trump plan the way it is today. The Trump plan is fitting into all of these demands that Israel imposed as a result of the Second Intifada, which Israel sought and wanted.”

Abu Yusuf, the Palestinian official, said 20 years after the start of the second Intifada, Israel still rejects Palestinian rights in any form.

“It still expands settlements, demolishes Palestinian homes, and implements its de facto annexation of the Palestinian territories with the support of the Trump administration,” Abu Yusuf said.

“In the same way 20 years later, the Palestinian people, despite everything, remain committed to resisting the occupation and to their rights under international law, and will remain so until achieving freedom in a sovereign independent Palestinian state with East Jerusalem as its capital, and solving the refugees’ plight in accordance in 194 UN resolution.”

Years after the Israeli attacks against Palestinians during the second Intifada, Israel still “commits all kinds of crimes”, al-Masri said. “The silence by the international community is what still encourages Israel to commit crimes and flagrant violations of human rights.”

Abu Yusuf said the recent challenges – such as US President Donald Trump’s so-called Middle East plan, Israeli annexation, and Arab nations’ normalisation with Israel – are all intended “to force the Palestinians to accept to live in cantons and Bantustans”.

“But as the Palestinians rejected in the Intifada years and the prior Oslo years to accept anything less than ending the occupation, they will continue to do so now and in the future.”