Zaid Fadl Qaisia, 15, was shot in the head during raid on refugee camp in occupied West Bank, Palestinian officials say. 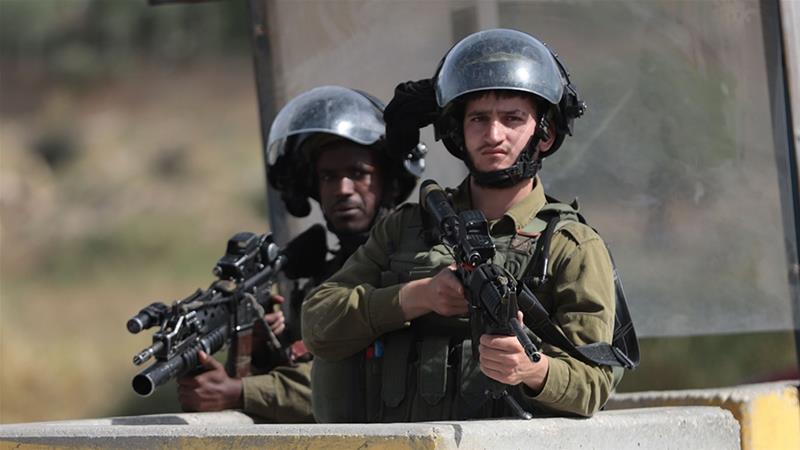 Israeli forces have shot dead a Palestinian teenager after raiding a refugee camp in the illegally occupied West Bank, sparking clashes with residents, according to the Palestinian health ministry.

“Zaid Fadl Qaisia, 15, was shot in the head by an Israeli soldier during clashes in al-Fawar refugee camp in Hebron province,” the ministry said in a statement on Wednesday.

Four more youths were shot with live bullets – one in the abdomen, another in the chest, and the rest on the lower limbs, the ministry said.

Abdelfattah Najjar, a resident of al-Fawar and Qaisi’s neighbour, told Al Jazeera that dozens of Israeli soldiers had stormed the camp to arrest a different teenager.

“Some of the soldiers stationed themselves on the rooftops of the houses, and Zaid was on the rooftop of his house watching them when he got shot,” Najjar said.

The Israeli military said troops had entered the camp to make arrests and had been met with a “violent riot” in which shots were heard and a soldier was lightly wounded.

“Troops responded with riot dispersal means and live fire,” the army said in a statement. “We are aware of a report regarding a Palestinian casualty and a number of injured Palestinians,” it added.

The Israeli army usually storms Palestinian towns to arrest Palestinians wanted by Israeli security services, but according to Najjar, the raid was undertaken to arrest 16-year-old Anas al-Halqawi for leaving insults on an Israeli soldier’s Facebook page.

“Anas has mental disabilities,” Najjar said. “He doesn’t go to school and spends his time making fun of the Israeli officer in charge of al-Fawar camp. We’ve given up trying to make sense of the occupation’s behaviour,” he added.

Witnesses told Anadolu Agency the Israeli forces used live and rubber bullets and tear gas, while the Palestinians threw stones at the soldiers.

Qaisia was taken to a hospital where he was declared dead. His funeral in the camp was attended by thousands of Palestinians, who chanted slogans against the Israeli occupation.

It was the second death in clashes in the occupied West Bank in as many days.

On Tuesday, the Israeli army suffered its first fatality of the year when a Palestinian stone-thrower killed a soldier during a similar raid in the northern village of Yaabad.