RAMALLAH, West Bank/GAZA (Reuters) – One man has become the face of the Palestinians’ response to the COVID-19 crisis, and it’s not President Mahmoud Abbas. 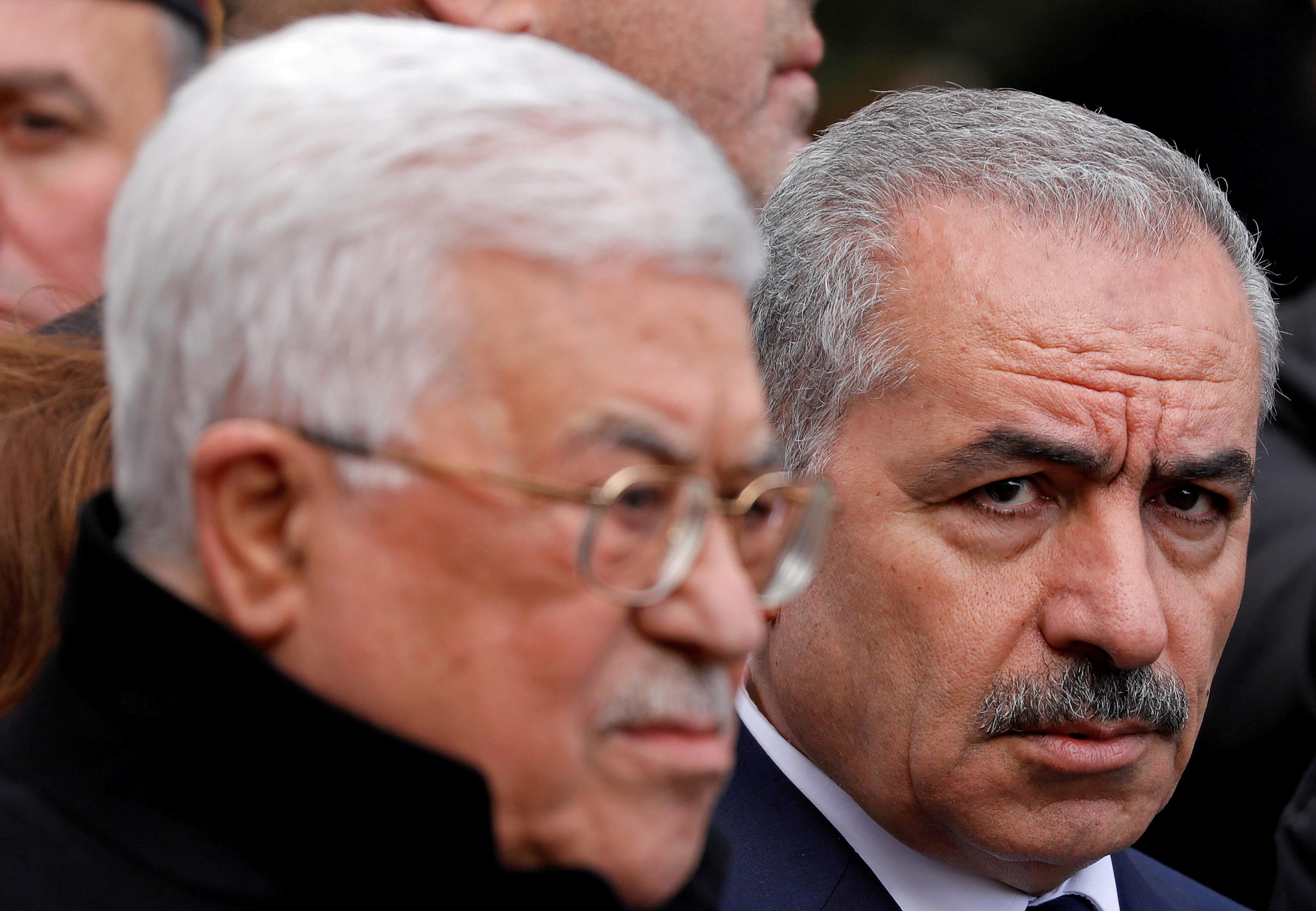 Rather it is Prime Minister Mohammad Shtayyeh, an economist-turned-politician whose prominence in tackling the coronavirus has led many Palestinians to predict that he may one day succeed 84-year-old Abbas as president.

For Shtayyeh – an unelected Abbas appointee – the urgency of the Palestinian Authority (PA) efforts to curb the virus have helped reinvigorate the domestic image of a body long viewed by some as corrupt and unproductive.

Some 96 percent of West Bank Palestinians trust the way the PA under Shtayyeh has handled the pandemic, said a recent poll by the Jerusalem Media and Communications Centre.

The West Bank has recorded 354 cases and just two deaths. After an outbreak in Bethlehem in March the PA moved quickly to impose a full lockdown, fearing its weak health system would be overwhelmed.

“The current crisis has bolstered Shtayyeh’s presence and cemented the impression that he might be the next president,” said political analyst Akram Atallah.

“He has brandished an image as a successful administrator in the eyes of the media, a leader who can be trusted to navigate a pandemic.”

Shtayyeh has consistently said he does not harbour ambitions of the presidency, deferring instead to senior colleagues in the umbrella Palestine Liberation Organisation (PLO) and Fatah, the party that has long dominated it.

Certainly, as Palestinian president and chairman of the PLO, Abbas still holds the levers of power.

It is Abbas who retains final authority to impose and lift coronavirus restrictions, acting through press releases and rare television appearances.

But Shtayyeh, a Fatah loyalist two decades younger than Abbas, has taken the podium each week to reassure Palestinians.

So far, it has helped his rise. But prominence is a double-edged sword: if things go wrong, he will likely shoulder much of the blame.

Shtayyeh’s grasp of financial issues facing ordinary Palestinians has earned him respect. He was born in the village of Tell, near Nablus, before going on to earn a PhD in economic development from the University of Sussex in Britain.

Before Abbas installed him as prime minister in 2019, the fluent English-speaking Shtayyeh headed the Palestinian Economic Council for Development and Reconstruction, a donor coordination institution.

But some criticise what they call his “capitalist” background – a criticism also levelled at his technocrat predecessor, Salam Fayyad, who was seen as too close to the West.

Unlike Fayyad, Shtayyeh has the advantage of belonging to Fatah.

Palestinian political institutions have stagnated, without any presidential or parliamentary elections for more than a decade, and any successor, no matter who it is, will inherit a multitude of problems.

Negotiations with Israel broke down in 2014, relations with the United States are at an all-time nadir and the PA’s power base is now confined to parts of the occupied West Bank after the Islamist group Hamas seized control of Gaza in 2007.

Beyond coronavirus, Shtayyeh has failed to reconcile with Hamas, and his government has been squeezed by U.S. aid cuts and tax and trade disputes with Israel.

Two Fatah sources, speaking on condition of anonymity, said some establishment figures initially backed Shtayyeh, but now regard him as “a threat”.

“They thought (Shtayyeh) would serve as an employee at their service, but he proved he could work without them,” said one.

“Abbas is holding on to power. He keeps his grip on security, foreign affairs and finance,” said another insider.

“We all hope the prime minister will succeed in getting us out of the crisis,” Azzaarir said. “Everyone must support him.”