BERLIN/PARIS (Reuters) – Global alarm was sounded on Monday over a potential second wave of coronavirus cases after Germany, relatively successful in slowing the outbreak, reported that infections had accelerated again after the first tentative steps to ease a lockdown.

But in the United States, which has by far the highest COVID-19 death toll in the world, President Donald Trump accused Democrats of reopening states too slowly, for political advantage, albeit without providing evidence.

News that the “reproduction rate” – the number of people each person with the disease goes on to infect – had surged back to 1.1 in Germany cast a shadow over the reopening of businesses ranging from Paris hair salons to Shanghai Disneyland. A rate that stays above 1 means the virus is spreading exponentially.

Fears that a second wave of infections could thwart the reopening of the global economy helped send share prices lower across the world, and pushed depressed oil prices down still further. [MKTS/GLOB] [O/R]

The past month has seen investors bet strongly on a rapid economic recovery in spite of data far worse than any in living memory. That has opened a rift between soaring stock markets and the freefalling economies they are meant to reflect.

Trump, now running for re-election in November against the background of a crippled economy, is pushing U.S. states for a rapid reopening, against the recommendations of health experts to move more cautiously to avoid a resurgence of the virus, which has killed more than 80,000 people in the United States.

Some of the hardest-hit states are led by Democratic governors, such as Pennsylvania; the Republican president has encouraged reopening in those states in defiance of their governors with tweets urging people to “liberate” them.

“The great people of Pennsylvania want their freedom now, and they are fully aware of what that entails,” he tweeted on Monday. “The Democrats are moving slowly, all over the USA, for political purposes.”

In Paris, traffic flowed along the Champs Elysees as workers cleaned shopfronts to reopen for the first time since March.

“Everyone’s a little bit nervous. Wow! We don’t know where we’re headed but we’re off,” said Marc Mauny, a hair stylist who opened his salon in western France at the stroke of midnight.

Mickey Mouse welcomed thinned-out crowds in Shanghai, the first Disney theme park to reopen, with a strict limit on tickets. Parades and fireworks were cancelled, and workers and guests had to wear face masks and have their temperatures screened.

However, the city of Wuhan in central China, origin of the global outbreak, reported its first cluster of infections since its severe lockdown was lifted a month ago. 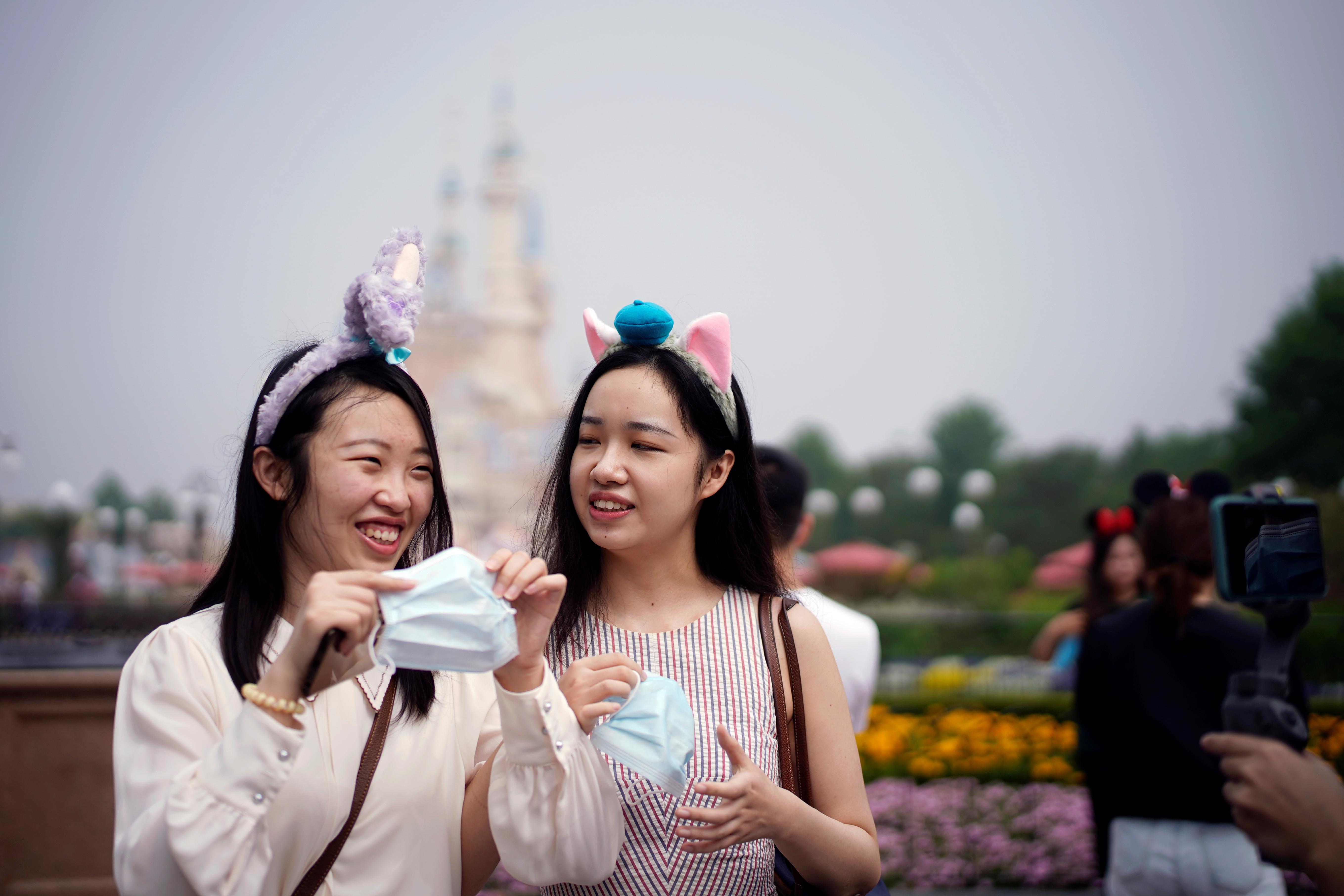 Germany is being watched worldwide as the most successful large European country in halting the spread of the virus, thanks to a massive testing programme.

It is gradually reopening shops and factories, with restaurants and cafes expected to open their doors soon.

After a rise in the estimated reproduction rate or ‘R’ to 1.13 at the weekend, Monday saw new cases fall back, but the ‘R’ value at 1.07 was still above the critical threshold of 1.00.

German officials say that ‘R’ becomes more volatile as the overall number of infections declines, and a brief spike is not necessarily dangerous.

But Chancellor Angela Merkel said it was crucial that “people stick to the basic rules” on keeping their distance, wearing masks and showing consideration for others.

‘IT’S NOT OVER UNTIL IT’S OVER’

In South Korea, which largely avoided a lockdown with a massive early testing and contact-tracing programme, authorities were rushing to contain a new outbreak traced to night clubs.

“It’s not over until it’s over…We must never lower our guard,” President Moon Jae-In said on Sunday.

The plan includes advice on avoiding public transport and wearing face coverings as well as a 14-day quarantine for most international arrivals, and detailed guidance for employers.

The WHO noted that Germany, South Korea and China all had such programmes.

Some of the countries and territories that are opening up their economies are not waiting for sustained falls in the spread of the virus. 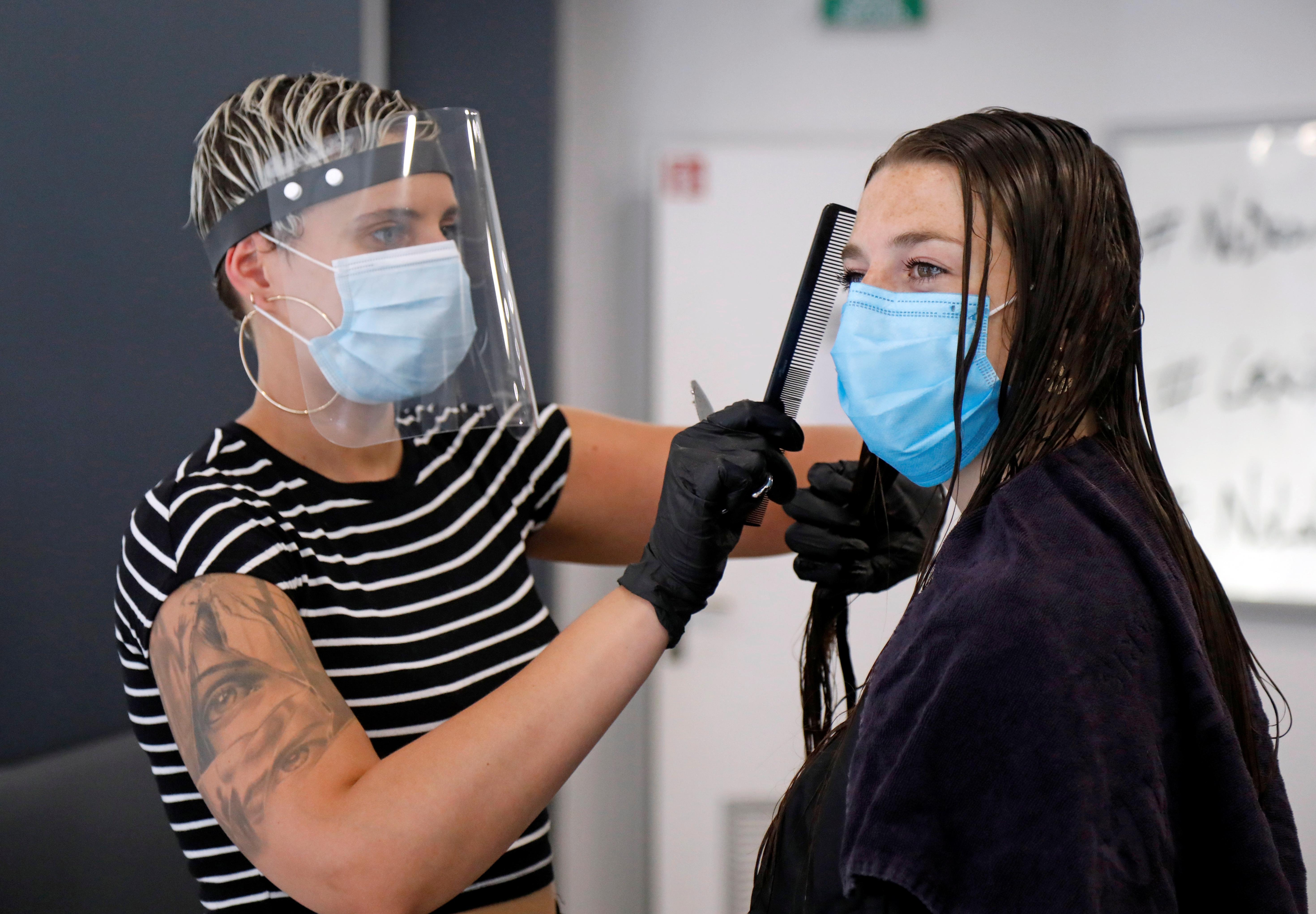 India, which has locked down its 1.3 billion people since March, reported a record daily rise in cases, yet said it would begin to restart passenger railway services, with 15 special trains, from Tuesday.

In an effort to provide better information worldwide on the pandemic, Twitter said it would add labels and warning messages to some tweets with disputed or misleading information about COVID-19.