BEIRUT (Reuters) – Lebanon’s parliament speaker called on Thursday for quickly forming a new government in the first legislative session since the catastrophic explosion that killed 172 people last week and pushed the cabinet to resign. 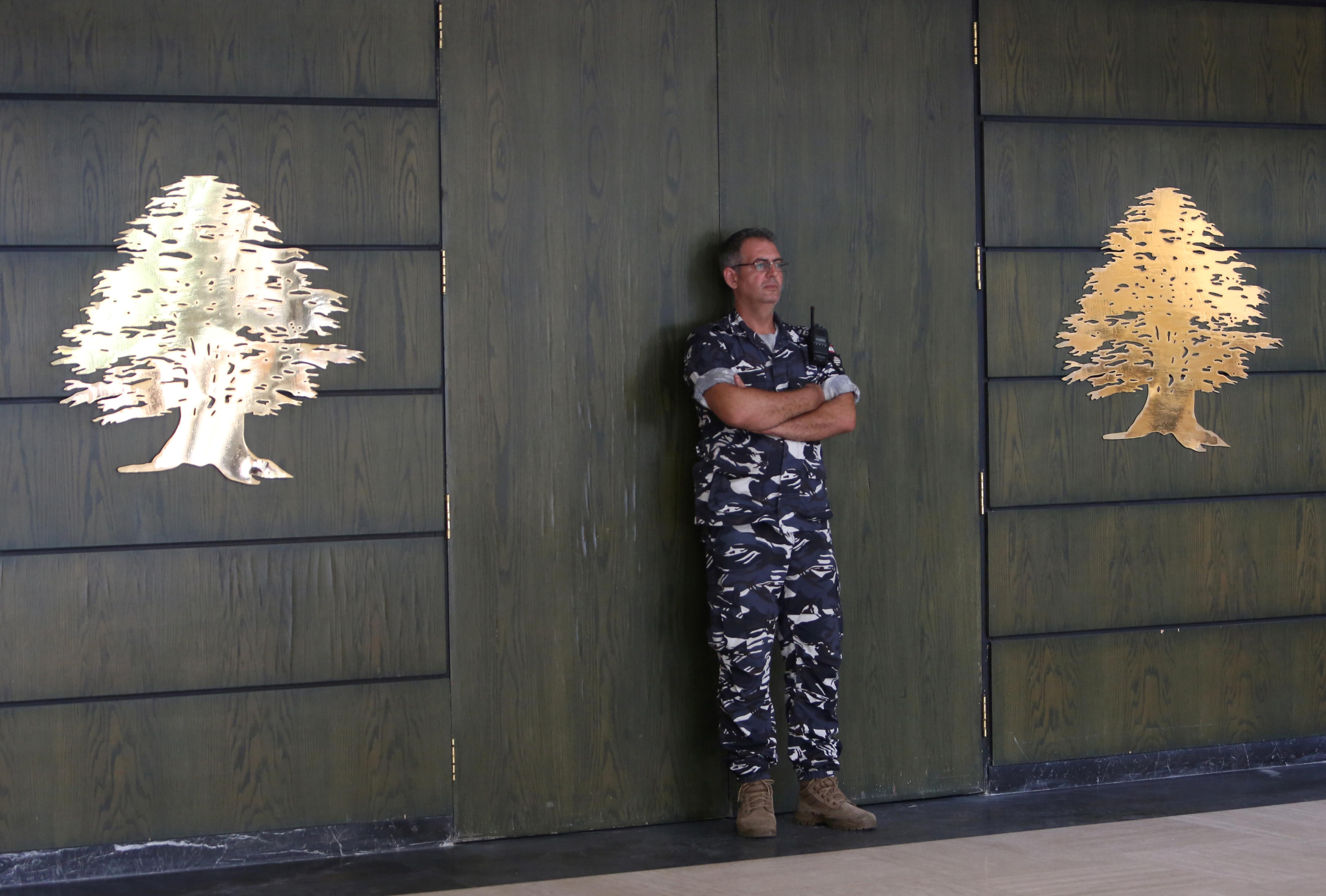 Security forces were heavily deployed in the capital Beirut, stopping protesters from reaching a conference centre where MPs convened. Many Lebanese are furious at a long entrenched political class they blame for the blast, accusing them of endemic corruption, mismanagement and negligence.

Senior U.S. diplomat David Hale is expected in Beirut later on Thursday to stress the urgent need for financial reforms, and stamping out graft, among other messages, the U.S. Embassy said.

The Aug. 4 blast at a warehouse containing highly-explosive material in Beirut port injured some 6,000 people, left around 300,000 without habitable housing and wrecked swathes of the city, which was already in a deep financial crisis.

The authorities say the blast was caused by more than 2,000 tonnes of ammonium nitrate stored for years without safety measures.

Roads to the UNESCO Palace on the southern outskirts of the capital, where parliament has met during the COVID-19 pandemic, were blocked with metal gates ahead of the protest.

“They are all criminals, they are the ones who caused this catastrophe, this explosion,” said Lina Boubess, 60, a demonstrator who was trying to reach the palace.

“Isn’t it enough that they stole our money, our lives, our dreams and the dreams of our children? What more do we have to lose. They are criminals, all of them means all of them.”

As two cars with tinted windows passed through one of the barricades towards the UNESCO Palace, a small group of protesters hit the vehicles with Lebanese flags.

Some 30-40 people are still missing more than a week after the blast.

Outrage has fuelled protests in which hundreds of people have been injured in confrontations with security forces who fired tear gas.

Parliament approved a state of emergency declared by the now caretaker government. The resignations of eight MPs who quit after the blast was also confirmed.

State media said Parliament Speaker Nabih Berri, a longtime pillar of the sectarian elite, called at the session for “speeding up the formation of a (new) government”.

But Berri also “wants to give a political message – that parliament exists – despite all this talk about early elections and the resignations of MPs”, said a senior political source.

Humanitarian aid has poured in but foreign countries have made clear they will not provide funds to help Lebanon avert economic collapse without action on long-demanded reforms to tackle state corruption and waste.

Authorities have estimated losses at $15 billion, a bill Lebanon cannot pay: it already defaulted on its enormous sovereign debt in March. Foreign reserves are critically low, and talks with the International Monetary Fund have stalled.

Politicians are in early consultations on forming a new cabinet, a complicated process in a country riven by divisions and governed by a sectarian power-sharing system. 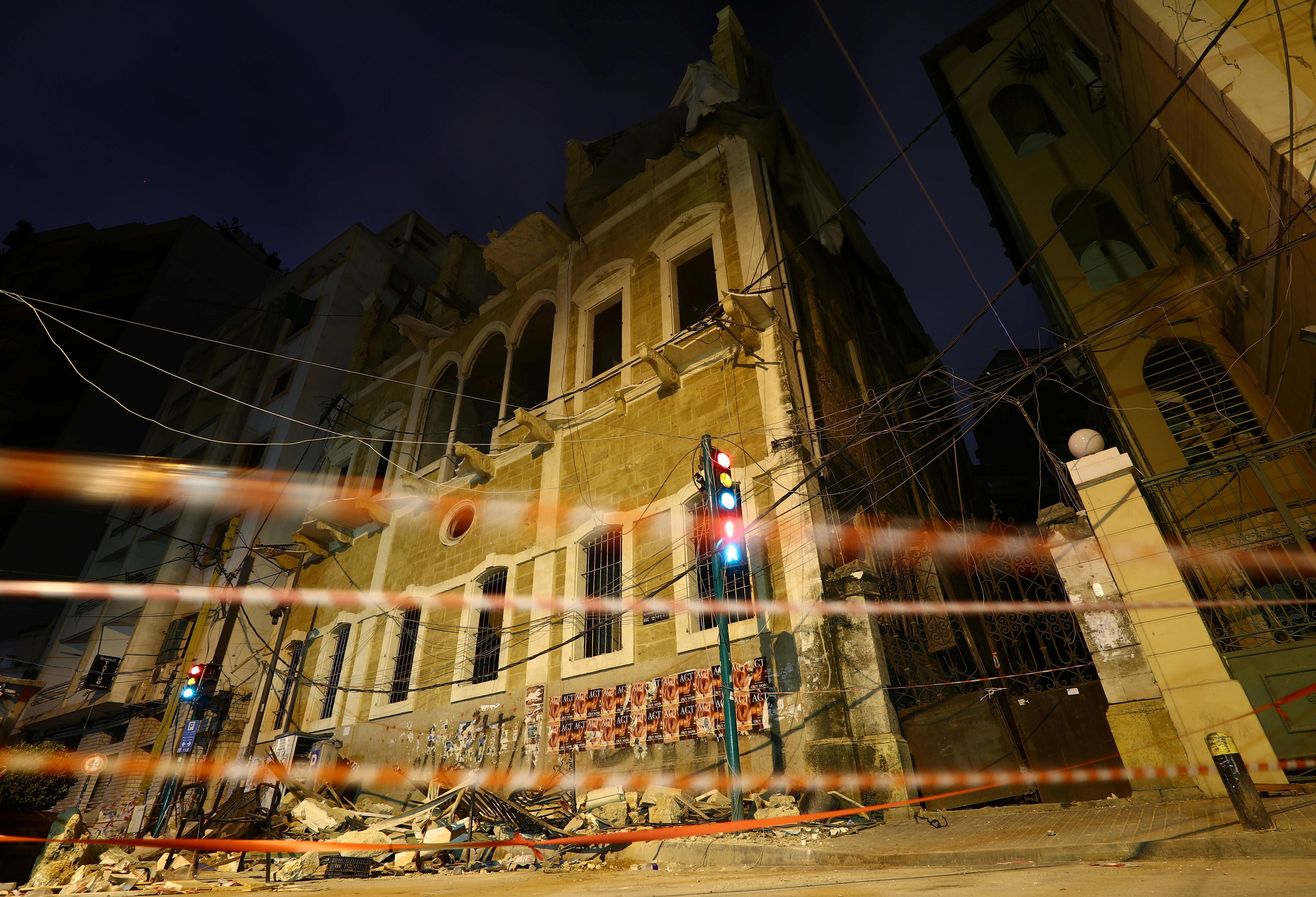 The government came to office in January with backing from parties including the heavily armed, Iran-backed Shi’ite Muslim Hezbollah. Together with its political allies, they have a majority of seats in parliament.

Hale, the U.S. Under Secretary for Political Affairs, “will underscore America’s willingness to support any government that reflects the will of the people and is genuinely committed to and acting upon such a reform agenda”, the U.S. Embassy said.