SOFIA (Reuters) – An Australian ex-soldier, released on parole after being convicted of a street murder in Bulgaria in 2009, fears he will be rearrested if he tries to leave the country and is now seeking a new trial to try to clear his name. 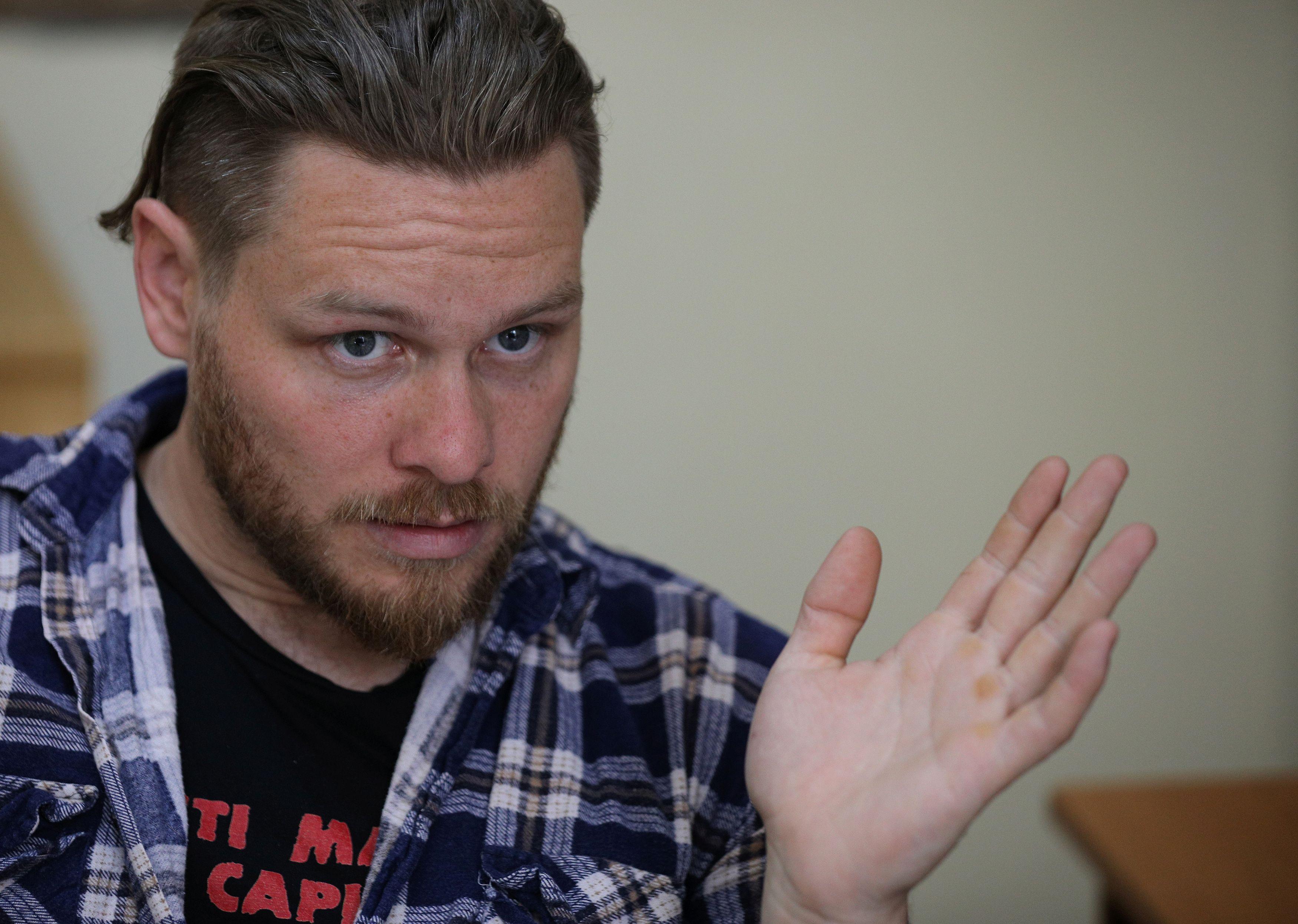 Jock Palfreeman, 33, who served 11 years of a 20-year sentence for murder and attempted murder in the 2007 stabbing of two Bulgarians, was released on parole in September.

The ruling angered nationalist politicians who criticized his release, while the government decision to keep him in a detention center after his parole strained relations with Australia.

The interior ministry said on Friday that the travel ban would be lifted, a day after the highest appeals court dismissed a request by the ex-chief prosecutor to review the parole.

But Palfreeman, speaking under a portrait of revolutionary Che Guevara which he kept in his cell to keep his spirits up, said he had doubts he would be allowed to leave.

“They could come and arrest me in five minutes,” the bearded Palfreeman told Reuters in the office of his Bulgarian Prisoners’ Association.

Palfreeman co-founded the association to draw attention to alleged abuse and corruption in the prison system.

He has consistently maintained he acted in self-defense, trying to protect minority Roma being attacked by a group of Bulgarians. He believes video footage of the attack, released by an anonymous user on YouTube, will support his case.

“I believe a fair trial would be possible,” he said. “I can speak Bulgarian, I can defend myself because 13 years ago I couldn’t speak Bulgarian. I didn’t know what was happening and there were a lot of things I missed because of the language barrier.”

Palfreeman said he was “completely shocked” by the systemic lawlessness in Bulgarian jails, adding that 90% of prisoners were not allowed to do any work.

Palfreeman, who was serving in the British army at the time of the street fight, said a motion for a new trial was expected to be filed on Monday.