LIMA (Reuters) – As Peru begins to ease its strict coronavirus lockdown, the country’s biggest LGBTQ nightclub opened its doors on Tuesday, but there will be no nighttime revelers; its dance floor will instead be filled with shelves stocked with groceries. 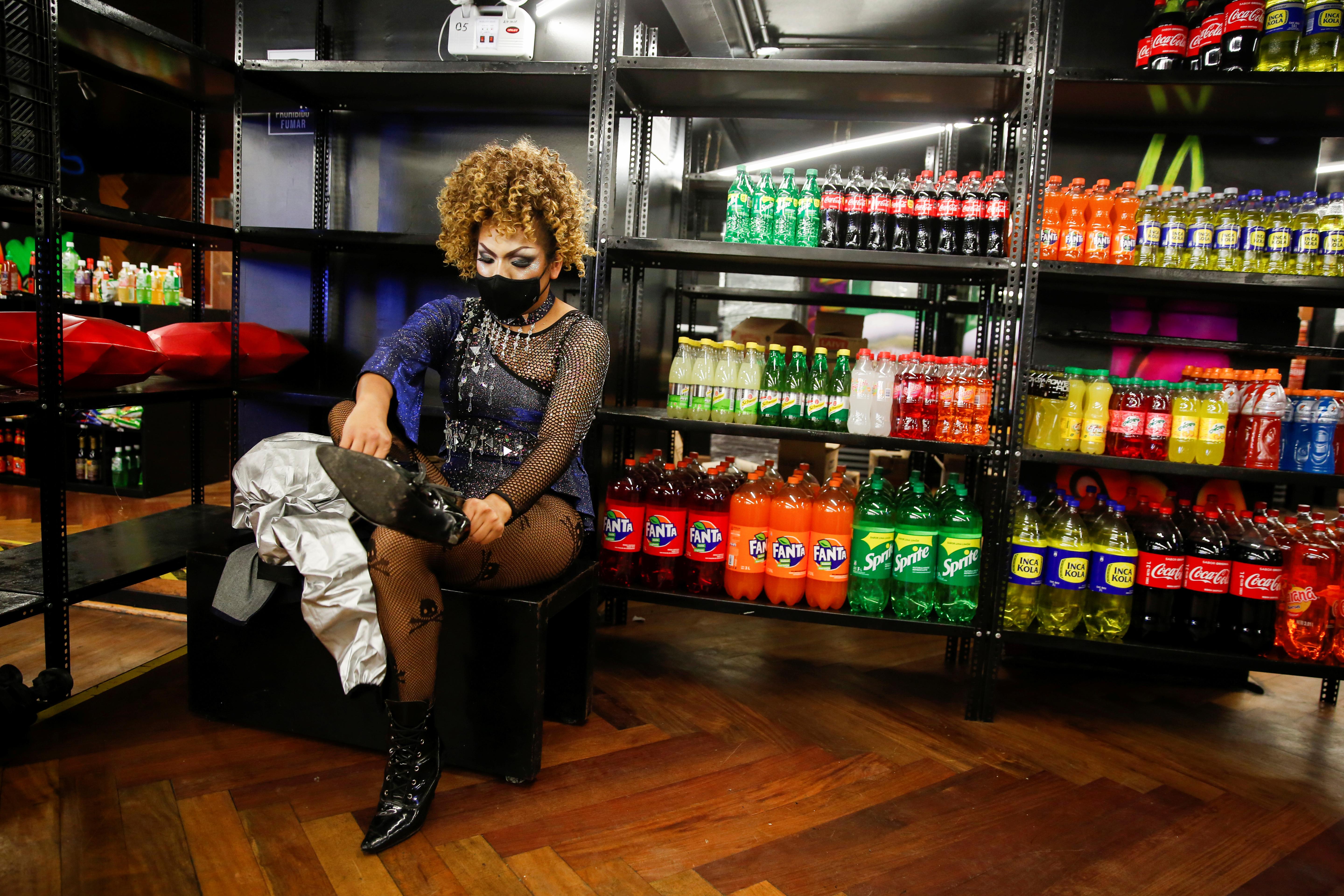 Instead of slinging cocktails at the bar or dancing on stage, ValeTodo Downtown’s famed staff of drag queens will sell customers daily household products as the space reopens as a market while nightclubs are ordered to remain closed.

The Peruvian government will lift the lockdown in most regions of the country at the beginning of July, but will keep borders closed, as well as nightclubs and bars.

The lockdown has been a struggle for the club’s 120 employees like drag queen Belaluh McQueen. Her life completely changed when the government announced the quarantine. Her nights were spent at home, rather than performing as a dancer at the club in vivid-colored costumes.

“I was very depressed because I have been doing this art for years, but you have to adapt to new challenges for the future,” said McQueen, who is identified by her stage name.

Now McQueen is back to work as a grocery store employee, wearing a sequined suit, high heels and a mask. A DJ will play club music as patrons shop.

“We have a new job opportunity,” McQueen added.

Renamed as Downtown Market, the club, which has been a mainstay hallmark of the local LGBTQ community, ushered in its reopening with an inauguration ceremony.

“Before, I used to come here to dance and have a good time, but now we come to buy,” said Alexandra Herrera, a regular attendee of the club. “The thing is to reinvent yourself.”

The club’s general manager, Claudia Achuy, said that the pandemic impacted the heart of Lima night life, but she chose to reopen as a market rather than risk cutting staff.

“If we had just stayed as a nightclub we did not have a close horizon or a way of working,” Achuy said.

Peru’s confirmed coronavirus cases rose to 282,364 with 9,504 associated deaths on Monday, according to government data. It has the second highest outbreak in Latin America after Brazil, according to a Reuters tally.