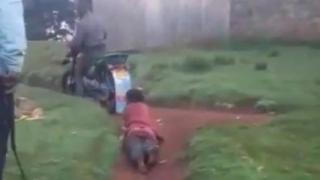 Three police officers in Kenya have been arrested after one of them was filmed apparently dragging a 21-year-old woman tied to a motorcycle.

Accusing her of involvement in a robbery, another man is seen whipping her as she pleads for them to stop.

The crowd in a town in the western county of Nakuru reportedly intervened and she is being treated in hospital for a broken leg, among other injuries.

Last week, the police watchdog said at least 15 people had been killed by police during the nationwide dusk-to-dawn curfew, aimed at curbing the spread of coronavirus. It called for them to be arrested and charged but no action has been taken so far.

Yassin Moyo, 13, was among those killed. Police spokesperson Charles Owino told the BBC that his shooting was accidental as the police officer wanted to disperse a crowd by firing into the air.

A UN human rights report has documented widespread police violence in 182 communities, including beating, use of live ammunition and tear gas, sexual violence and damage to property.

‘I pleaded for mercy’

“I don’t know how I survived this,” Mercy Cherono told Kenya’s Standard newspaper about her ordeal after watching the one-and-a-half minute clip that has been widely shared on social media.

According to the paper, the incident took place in Olenguruone, a town about 250km (155 miles) north-west of the capital, Nairobi, on Sunday.

Her trousers and underwear were dragged down to her knees as she was pulled along a dirt road by the motorbike and by the end of the clip she was surrounded by a crowd.

“I pleaded for mercy but the officer couldn’t hear none of that,” she told the Standard from her bed in hospital.

“All this time I was not aware of the crime I was being punished for,” she said.

Ms Cherino was accused of being part of a gang of three who had stolen some items from a police officer’s house, Citizen TV reports. 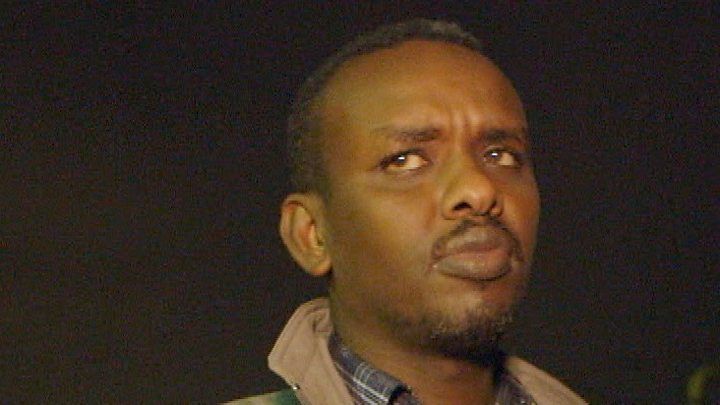 The governor of Nakuru told journalists on Wednesday that the behaviour seen in the video would not be tolerated.

“Such primitive acts continue to paint a dark image of our law enforcers. The police should play refuge for all suspects until proven guilty in a court of law,” the Daily Nation newspaper quotes Lee Kinyanjui as saying.

“The notion of innocent till proven guilty must be upheld at all times. For Mercy, she appeared to have been sentenced already before her trial. This should never happen,” the governor added.

Kenya’s Department of Criminal Investigation says the three police officers who are now in custody are helping with investigations into the incident.