WARSAW (Reuters) – The main Polish opposition candidate running for president called on Sunday for a boycott of the country’s May election due to the coronavirus and completely suspended her campaign, adding to doubts about whether the vote will go ahead as planned. 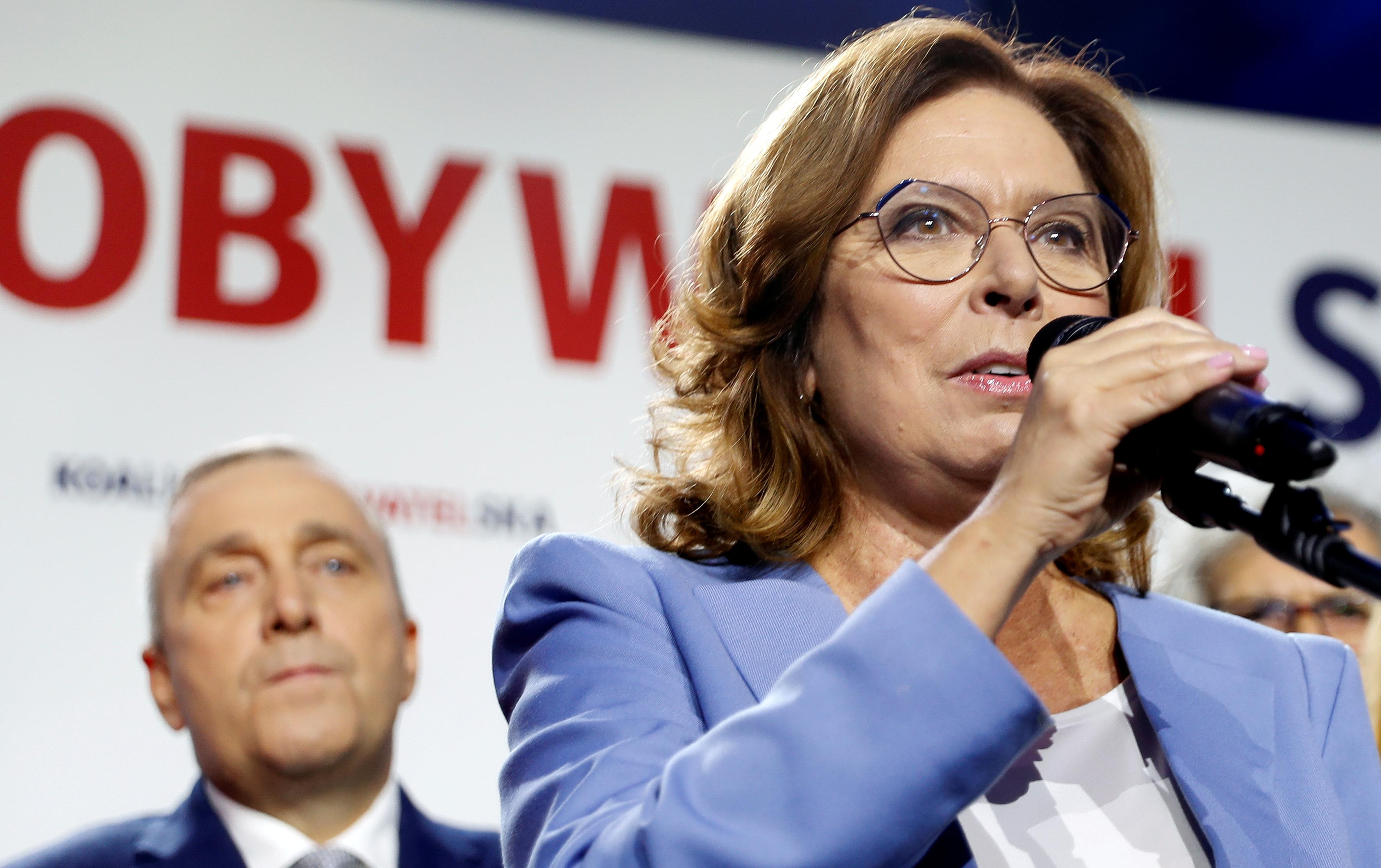 The ruling nationalist Law and Justice (PiS) party has so far defied calls to postpone the May 10 election, infuriating the opposition by introducing postal voting rules less than six months before the vote in a move branded unconstitutional by critics.

“Let’s boycott these elections. Poles stay home, your life is the most important thing,” Malgorzata Kidawa-Blonska, the presidential candidate of the center right Civic Platform (PO) party, told reporters, calling on other candidates to suspend their campaigns.

Her appeal followed protests from numerous mayors, who have said it will be impossible to hold the vote safely in May.

On Sunday, the mayor of the southern town of Bedzin, Lukasz Komoniewski, wrote on Facebook that he would not sign documents to allow elections to take place there.

Incumbent President Andrzej Duda, a PiS ally, is well ahead in the polls and his election is crucial to the government’s hopes of implementing its socially conservative agenda as the president holds the power to veto laws.

Critics say PiS is keen to hold the elections in May to capitalize on Duda’s current strong position and avoid a later election where the fallout from the pandemic could dent his popularity.

Wladyslaw Kosiniak-Kamysz, the agrarian Polish Peasants’ Party’s (PSL) presidential candidate, was quoted by state-run news agency PAP as saying he was focusing on amendments to the government’s package of anti-crisis economic measures.

On Saturday, Duda said he hoped the election would go ahead as planned but the situation was unpredictable.

“If it did happen that the epidemic was raging … then in that situation the election date could turn out to be unsustainable, but I am counting on it that we will be able to calmly hold these elections,” he told state-run news channel TVP Info.

Health Minister Lukasz Szumowski said on Thursday that an assessment should be made in two weeks.

Nearly three-quarters of Poles believe the election should be postponed, according to an opinion poll on Wednesday.

France and Bavaria in Germany held local elections on March 15. Jaroslaw Flis, a sociologist with the Jagiellonian University in Krakow, estimates that the Bavarian elections resulted in around 2,000 extra coronavirus cases.

France postponed the second round of its local elections.