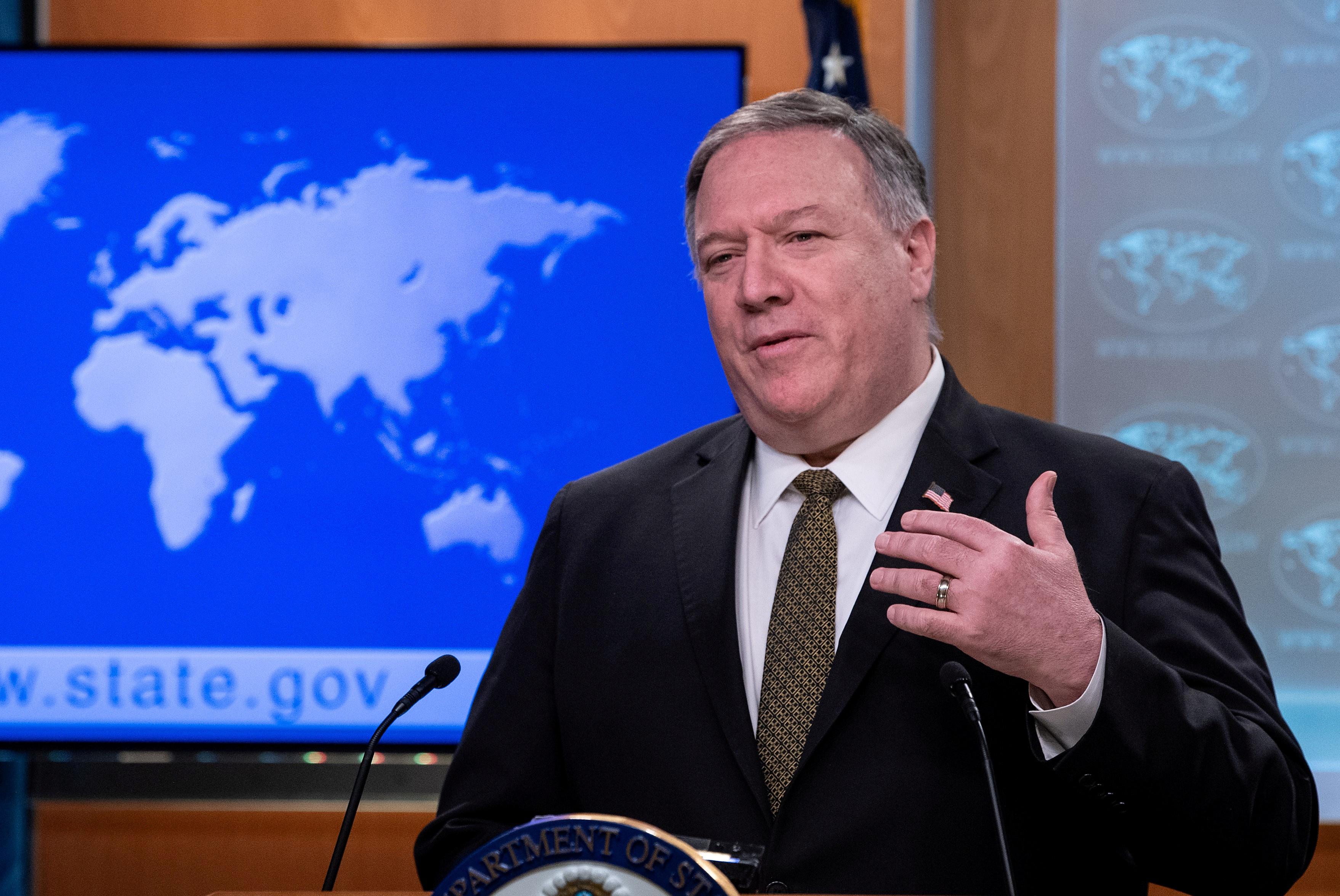 “Such unilateral actions only exacerbate instability in Yemen,” Pompeo said in a statement. “They are especially unhelpful at a time when the country is threatened by COVID-19 and also threaten to complicate the efforts of the UN Special Envoy to revive political negotiations between the government and the Houthi rebels.”

The Saudi-led coalition has announced a unilateral truce prompted by a United Nations plea to focus on the coronavirus pandemic. The Houthis have not accepted it and violence has continued.

Yemen’s internationally recognized government warned of “catastrophic consequences” after the STC on Sunday declared emergency rule in southern governorates including Aden, interim seat of the government that was ousted from power in the capital, Sanaa, by the Houthi group in late 2014.

“We call on the STC and the Republic of Yemen government to re-engage in the political process provided under the Riyadh Agreement,” Pompeo said.

On Monday, the Saudi-led coalition engaged in Yemen urged the STC to rescind its move, saying it was an “escalatory action” at a time when all parties should focus on confronting the novel coronavirus.

Yemen has been mired in violence that has killed more than 100,000 since the coalition intervened in March 2015 on the side of Abd-Rabbu Mansour Hadi’s government. There has been military stalemate for years and the Houthis hold most big urban centres.

The STC, which is backed by Riyadh’s main coalition partner the United Arab Emirates, has long sought self-rule in the south and accuses Hadi’s government of mismanagement and corruption, a charge it denies.

While Yemen has reported only one confirmed COVID-19 case, aid groups fear a catastrophe if it spreads among a malnourished population in a country with a shattered health system.

The United Nations is trying to convene virtual talks on the truce, coordinated coronavirus efforts and confidence-building steps to restart talks to end the war.