Pope Francis wears a face mask during ceremony in Rome

The 84-year-old leader of the Catholic Church has been forced to cancel a number of events due to the medical condition. And while addressing members of the Roman Rota, a top Catholic Church tribunal, the Pope said it was a “troublesome guest”.

At the event, which marked the opening of the Holy See’s judicial year, the Argentinian said: “I would like to speak to you standing up but sciatica is a troublesome guest.

“So I apologise and will speak sitting down.”

Due to his medical condition, the pontiff was forced to delegate two masses on Sunday and Monday.

In a statement, he said: “Because of the return of sciatica, the celebration of the Mass tomorrow morning (Jan 24) will not be presided over by the Holy Father, but by Archbishop Rino Fisichella.” 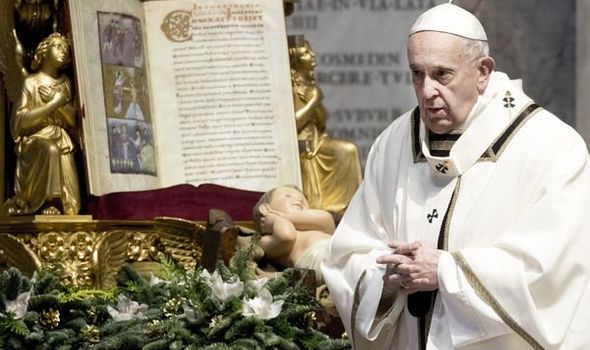 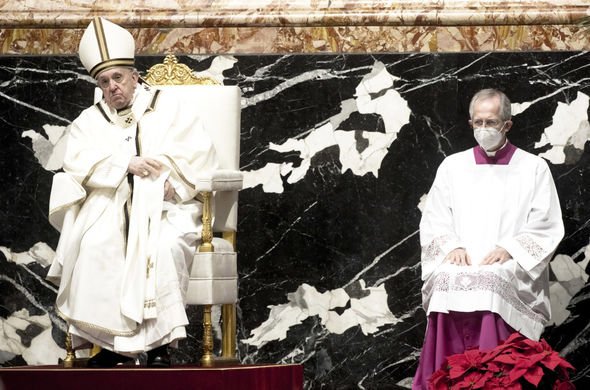 He also had to postpone his New Year’s greeting for ambassadors due to a bout of sciatica.

Pope Francis has suffered from sciatica, a painful nerve condition, for many decades.

In the past, the Pope has opened up about struggling with a suffering bout of sciatica after he was elected head of the Catholic Church in 2013. 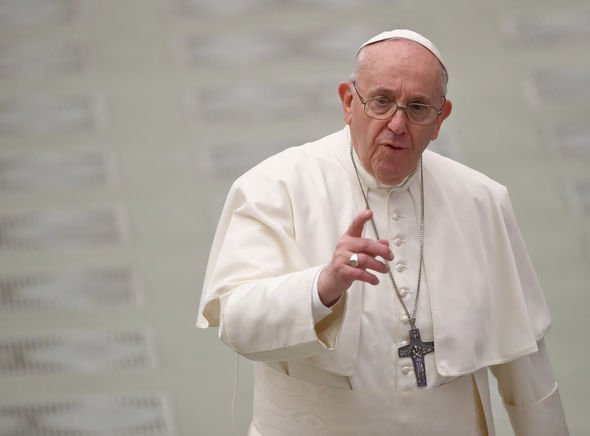 He told reporters: “The worst thing that happened – excuse me – was an attack of sciatica – really! – that I had the first month, because I was sitting in an armchair to do interviews and it hurt.

As a result of sciatica, the Pope walks with a slight limp. 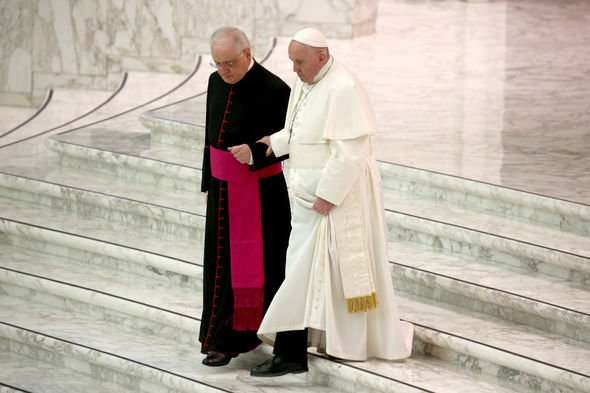 Sciatica can cause severe pain in the lower body, as a result of the compression of nerve roots that run from the lower spine down the thigh.

It is often caused by a slipped disc in the spine

The Pope was left paralysed for several days by the condition in 2007.

The latest flareup of Francis’ sciatica raises questions about his planned March 3-8 trip to Iraq.

The visit had already been questioned by some due to the coronavirus pandemic.

Papal trips usually involve many appointments each day, long Masses and reception lines, as well as multiple transfers via car and plane after he was forced to cancel three events over the coming days.