WARSAW (Reuters) – Poland’s postal workers are growing increasingly concerned as the country prepares for its first presidential election by mail on Sunday, arguing they are not equipped to carry out the vote safely and effectively amid the coronavirus pandemic. 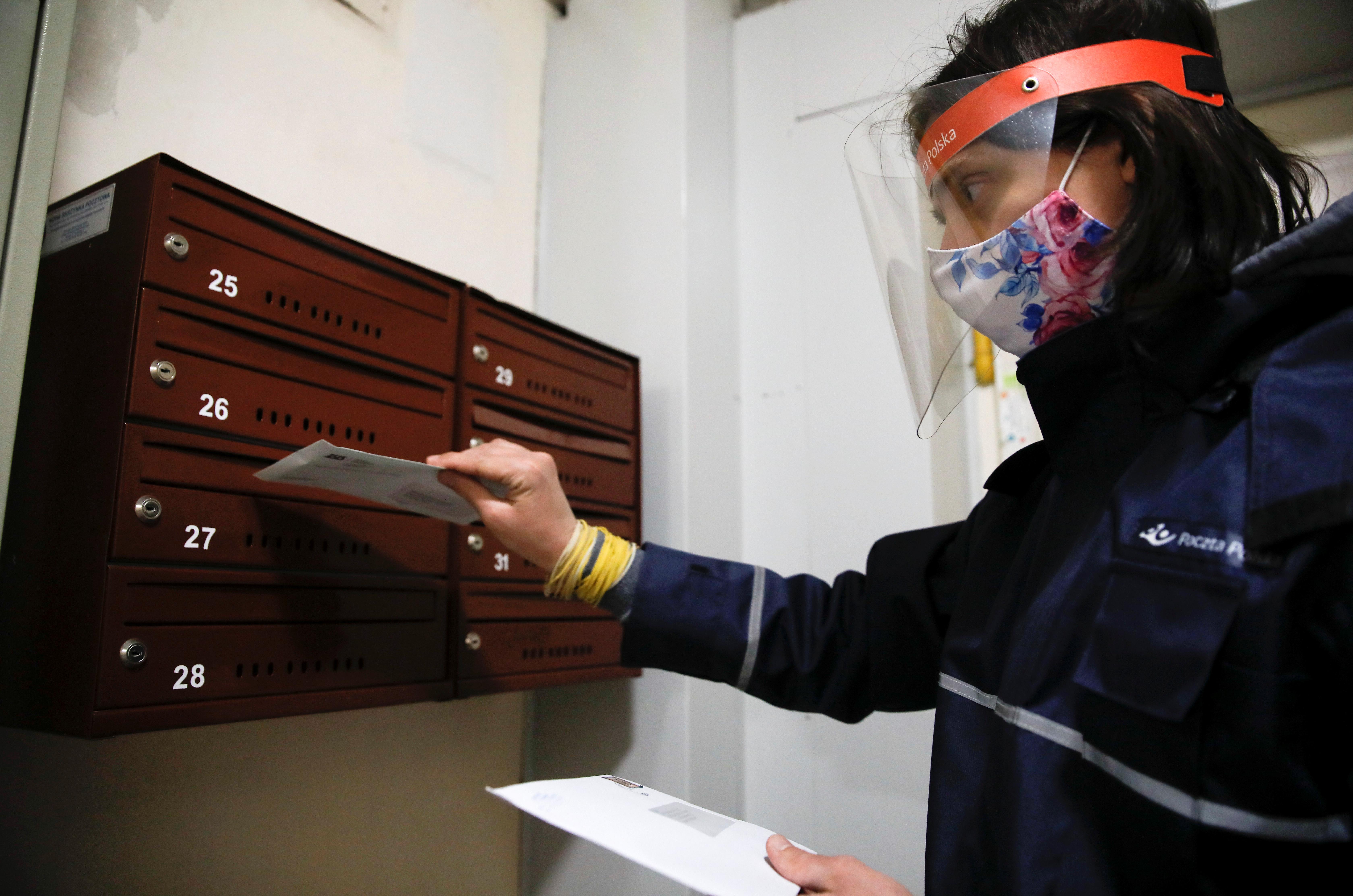 Unresolved issues include how to deliver ballots to damaged or missing postal boxes, ensuring ballots go to the right people and protecting oneself when interacting with voters under quarantine, postal workers and their union leaders said.

With just days to go, the ruling nationalists are trying to persuade sceptics in parliament to clear legislation that would allow postal voting, something that’s normally only allowed in rare circumstances, such as when a voter cannot make it to a polling booth.

While a parliamentary vote on the issue is set for Wednesday, one of the ruling Law and Justice (PiS) party’s main allies, Accord, has threatened to block the legislation, meaning the postal vote might be scrapped altogether.

One 32-year-old postal worker in central Warsaw said he was worried last-minute planning could lead to problems on election day and that postal workers could be held liable for anything that goes wrong, like undelivered or damaged ballots.

“There’s almost no communication,” he told Reuters, asking not to be identified as postal workers were told last month not to speak to the press.

“I am of course worried that I could infect someone,” he said.

Draft legislation being debated by parliament says details of how ballots should be delivered and picked up would be outlined by appropriate cabinet ministers.

Election monitors, opposition candidates and EU officials have criticized the plans, saying the decision to change the electoral code allowing for the mail vote was rushed and could prevent the vote from being free and fair.

Union leaders added that many postal workers were concerned they hadn’t been informed how long the virus could survive on a ballot and whether that posed a risk to themselves, voters, or officials who count votes.

“This unpredictable chaos means people are worried, they are scared and they don’t know what this election will look like,” Dorota Gardias, the head of the Trade Unions’ Forum, an umbrella organisation for several labour unions in Poland, told Reuters.

Poland has confirmed 14,006 cases of coronavirus and 698 deaths.

A spokeswoman for Poczta Polska, the state-owned postal service, denied that postal workers had not been sufficiently informed about the preparations for the elections.

She added that postal workers would be offered extra pay to work during the elections.

For many postal workers, whose starting salary is usually the minimum wage of 2,600 zlotys ($620) a month before tax, the additional money could convince them to set aside any concerns.

The amount has not yet been announced, but some postal workers said they expected it could be the equivalent of a month’s salary.

“If I didn’t get additional money, then I would probably go on sick leave,” the postal worker from Warsaw told Reuters, saying he would likely put the extra cash in savings. 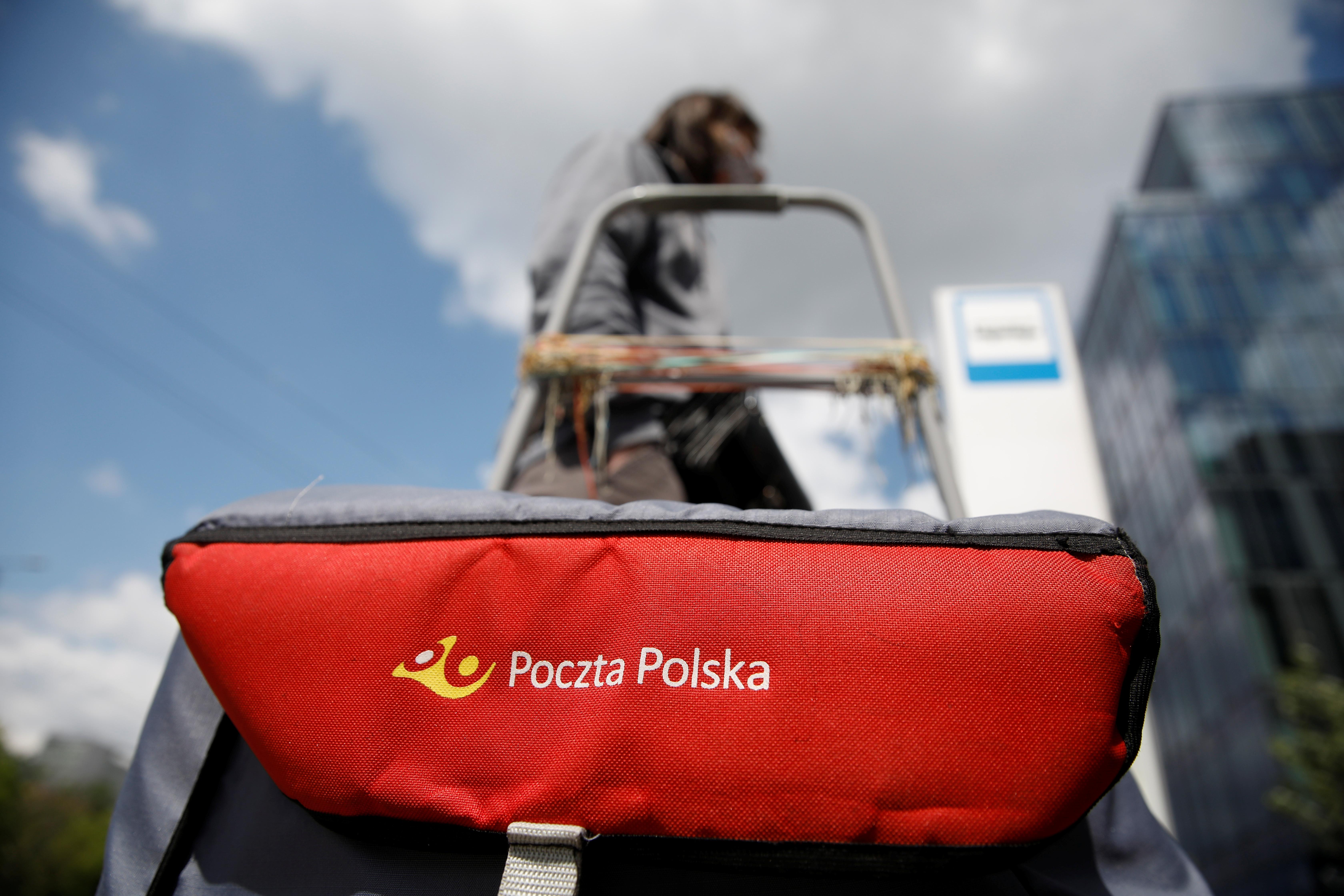 With these incentives in mind, Poczta Polska is still hoping to be ready for the May 10 vote, even though PiS has admitted it might need to be delayed by a week or two.

“This is the safest solution, the one that most adequately protects the life and health of Poles,” the head of Poczta Polska, Tomasz Zdzikot, told right-wing magazine Sieci in a recent article.