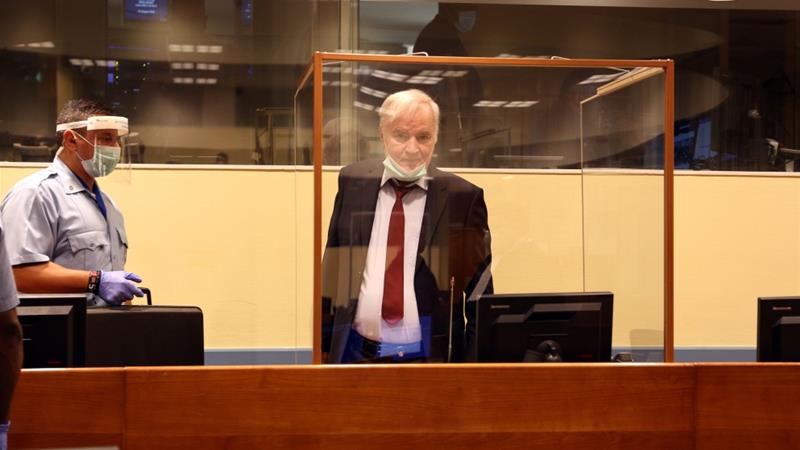 Mladic, 78, is appealing against his 2017 conviction and life sentence by a tribunal in The Hague for genocide over the massacre and for crimes against humanity and war crimes throughout the 1992-1995 Bosnian war.

The former general, dubbed the “Butcher of Bosnia”, resorted to “genocide, extermination and murder” to expel Croats and Muslims from the UN-protected area as part of the wider pursuit of a Serb-only state, prosecutor Lauren Baig said on Wednesday.

“Mladic was in charge of the Srebrenica operation, Srebrenica was Mladic’s operation. And the chamber was right to conclude that he was responsible for these crimes,” Baig told the court.

“He used the forces under his command to execute thousands of men and boys,” she added, describing the slaughter as being on “a scale not seen on European soil since the second world war”.

Mladic will be allowed to speak for 10 minutes later on Wednesday at the International Residual Mechanism for Criminal Tribunals – which handles cases left over from the now-closed UN tribunal that convicted him.

Lawyers for Mladic urged the court on Tuesday to overturn his conviction, saying that the “charge of genocide was made out of thin air”.

The Srebrenica massacre was the bloodiest single episode during the Bosnian war, which erupted as communal rivalries tore apart Yugoslavia after the fall of communism.

In all, about 100,000 people were killed and 2.2 million displaced during the conflict.