Protesters allegedly attempted to burn a police precinct after cops made arrests and returned to using tear gas. 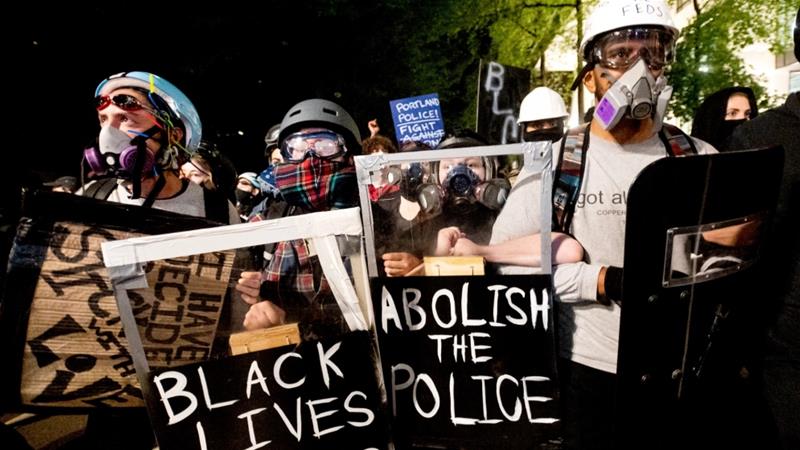 Violent clashes this week between protesters and police in the United States city of Portland, Oregon, have ratcheted up tensions in the city days after an agreement between state and federal officials appeared to bring calm.

Demonstrators continued to rally in the west coast city on Thursday night, hours after the city’s mayor decried the unrest that has roiled Portland since George Floyd was killed.

“You are not demonstrating, you are attempting to commit murder,” Mayor Ted Wheeler said on Thursday in a hastily called news conference alongside Portland police chief Chuck Lovell. Wheeler also warned that the city anticipated more “attacks on public buildings” in the immediate future.

On Thursday night, Portland police declared an unlawful assembly outside a precinct and protesters were ordered to leave. They had said earlier that they believed the intent of the crowd was to vandalise and burn the precinct.

Police cleared the area around the precinct of demonstrators, at times running at the crowd to push people away. Smoke canisters were also deployed, news outlets reported. Portland police said some demonstrators in the group laid ties made of rebar in the street that caused damage to police vehicles.

Demonstrators and journalists have shared on social media images of police forcefully arresting protesters and pushing journalists as they covered demonstrations.

In Portland, the civil disobedience prompted Trump to send federal agents from US Customs and Border Protection, US Marshals Service and US Immigration and Customs Enforcement to guard the federal courthouse, which was increasingly targeted in demonstrations that often turned violent.

It was a move intended to quell the unrest but the presence of federal agents instead reinvigorated demonstrators and created a focal point for the protests each night amid concerns that Trump was overstepping the limits of federal police powers.