Putin’s rumoured ill health could spark the total collapse of his regime due to the successors available if he dies. A shift in the fiercely stoic demeanour of President Putin has been noted, with analysts suggesting changes in his appearance could be physical symptoms of a critical health condition that has been hidden from the global media. As concern over Vladimir Putin’s health spirals, security and intelligence expert Euan Grant suggested the Kremlin would be unlikely to survive without the authoritarian rule of its famed leader.

He reported: “I think the key thing is whether his old FSB cronies, Patrushkev, Sechin and company can hold off growing discontent or at least apathy in the armed forces.

“I wouldn’t see a military coup, but the question is would any new regime be able to carry on the war. I think that is debatable, very debatable.”

Nikolai Patrushkev is the current Secretary for Security of the Russian Federation and former director of the FSB. Igor Sechin, another man highlighted by Mr Grant, is a Russian oligarch who has overseen security services in Russia while acting as a close ally of President Putin. 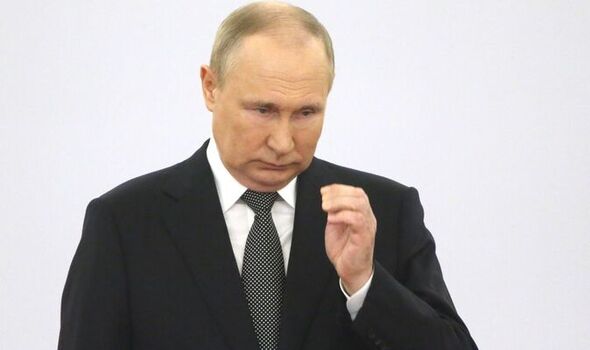 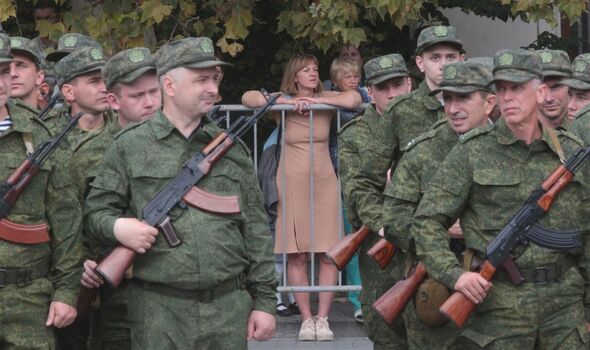 Analysts have highlighted video evidence from several public appearances President Putin has made, during which he appears to display symptoms of an underlying health condition.

During the Victory Day celebrations in Moscow, the Russian President appeared to move with a limp and commentators noted an apparent bloating in his facial features.

Later, during an awards ceremony at the Kremlin, President Putin was filmed clasping the edges of a podium as he delivered a speech, with some claiming his legs appeared to buckle beneath him as he spoke to gathered Russian officials.

Kremlin authorities have fiercely denied any suggestion of the President’s poor health despite numerous occasions where Vladimir Putin appears to have difficulties with mobility and appears notably uncomfortable.

Russian Foreign Ministry Sergey Lavrov declared: “I don’t’ think sane people can discern any sort of symptom of disease in this man.” 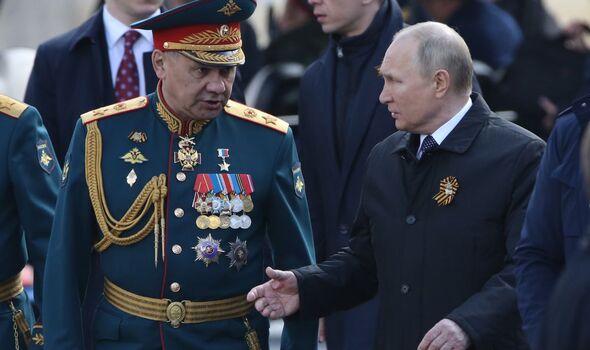 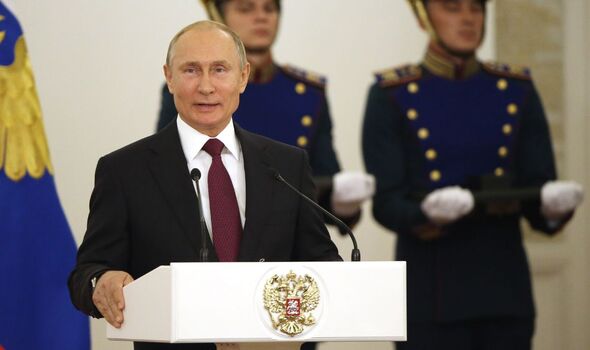 In an analysis of potential replacements for President Putin, Politico branded Nikolai Patrushkev his “most likely successor”.

The two Russian politicians share similarities in their approach to policy, including the perception that Moscow should be hostile towards Western powers.

Mr Patrushkev has offered fierce support for the invasion of Ukraine, accusing NATO allies to President Volodymyr Zelensky of supporting a “neo-Nazi” regime within Kyiv.

However, in a concerning development for Kremlin powers, the UK Ministry of Defence has warned of an “increasing domestic awareness” of Russian military failings in Ukraine as support for the war nosedives.

Moscow’s Government has been warned against a growing atmosphere of discontent within Russia as the population has grown frustrated over Vladimir Putin’s special military operation in Ukraine. The Russian army has lost considerable territory in Ukraine since Kyiv’s forces launched a renewed counter-offensive operation to liberate occupied regions. 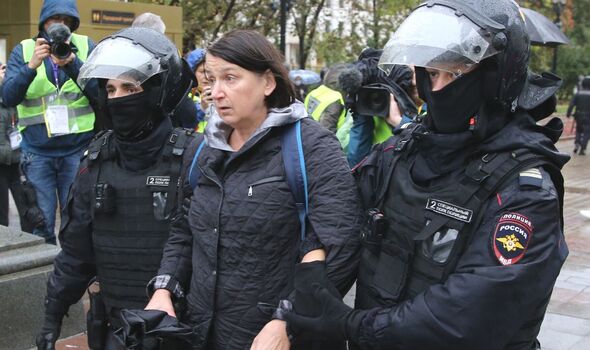 An intelligence report claimed Vladimir Putin’s partial mobilisation plot to deliver an additional 300,000 men to the frontline in Ukraine would cause “significant unease” within Russia.

Since the announcement, the Kremlin has been rocked by a wave of anti-war demonstrations in major cities across Russia, culminating in over 2,400 arrests according to human rights group OVD-Info.

A mass exodus of Russian citizens has occurred in wake of the mobilisation order as hundreds of thousands of people have fled to neighbouring countries across the few land borders that remained accessible. Video from Russian borders captured queues extending for miles with reports claiming the estimated wait time to cross into Georgia had topped 48 hours.

Vladimir Putin has attempted to win back support by declaring formal plans to annex four regions within Ukraine following a series of pseudo-referendums conducted by Kremlin-installed authorities.

The UK Ministry of Defence warned President Putin’s hopes to “consolidate patriotic support” for the invasion of Ukraine would likely be “undermined” by the atmosphere of frustration surrounding the partial mobilisation.