The war between Ukraine and Russia is set to enter a “new phase” with Moscow’s forces now amassing in the south of the country. This is according to the Ministry of Defence (MoD), which tweeted a thread on Sunday outlining where the conflict is headed. In its update, the MoD added: “Ukrainian forces are focusing their targeting on bridges, ammunition depots, and rail links with growing frequency in Ukraine’s southern regions.

Russian forces have taken control of much of the east and south of Ukraine, but this hasn’t come without a cost.

He also highlighted how sanctions could impact Russia’s ability to fund its military ambitions, adding: “That’s definitely a medium to long-term impact, we have to consider that Putin still has some foreign currency reserves, but he has been burning them at an astounding rate.

“Half of the reserves – worth about $300billion (£247billion) – are essentially frozen by the West, and from the very onset of the war Putin has essentially burned some $75billion (£62billion) during the conflict with Ukraine. 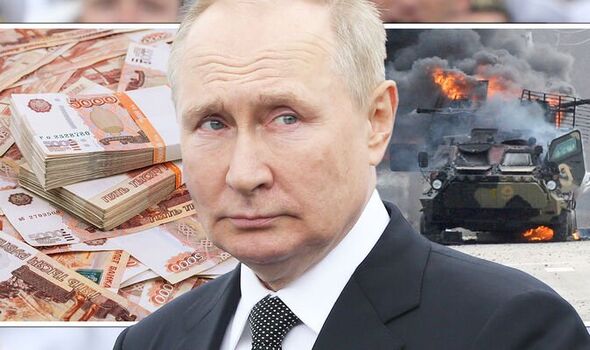 “If we are talking about the timescale of two, three or four years, we could see the collapse of both oil and gas, it will definitely have some impact on the ability of Russia to launch military action in Ukraine.”

Jeffrey Sonnenfeld, who led the study, also spoke to Express.co.uk about how the sanctions will affect the wider Russian economy.

He said: “It just speaks to their inability to make payments, to receive compensation, that they have become such a rogue nation.

“To not be part of the global flows of finance is devastating, they are running a deficit as they are.

“They are an un-investable asset as they are in default, China won’t bail them out, that’s a huge problem. Other than cutting off their dependence on gas and oil exports, all they have to bring to the world market is grain and cyber-terrorism. 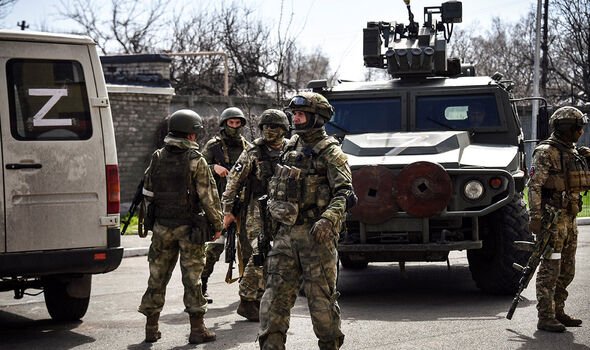 “If they can’t access any funds they are really in trouble.”

This could be especially damaging to Russia’s war effort in Ukraine given Moscow’s resources are already stretched.

The Daily Telegraph reported last month that Russia is running low on ammunition.

Last week, the MoD also claimed that Russian forces are “running out of steam” in Ukraine.

Intelligence claimed Russia is “resorting to hiring convicts and recruiting from Russia’s poorest areas” to bolster its army which is reportedly running low on personnel. 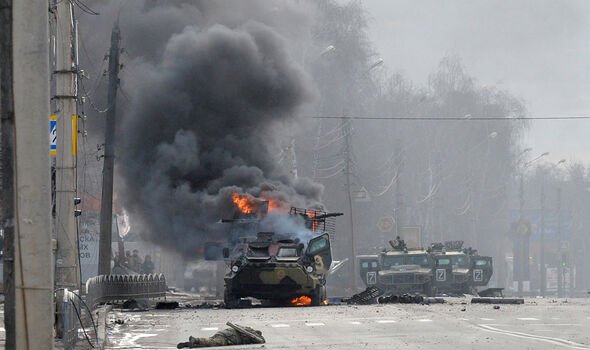 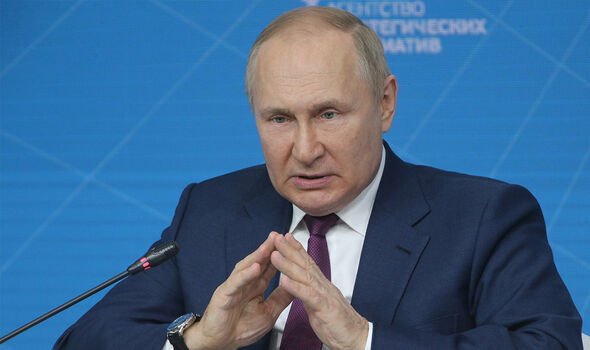 The MoD added that “several thousand of Russia’s front line armoured vehicles have been destroyed.”

Russia has been “forced into a greater reliance on old Soviet-era equipment, such as personnel carriers offering limited protection, and tanks last produced in 1973.”

The report continued: “Its campaign is grinding, incredibly inefficient and leaves huge destruction in its wake.

“These outdated tactics are a sign of Russia’s desperation amid its equipment shortages and tactical deficiencies. Putin’s war is built on lies. Russia will not win this conflict.”