It would be the second time a nuclear power plant in Ukrainian territory explodes under Russian control – this time in the largest in Europe. The power plant was captured early on in Vladimir Putin’s horrific invasion, with the Russian military being widely criticised for dangerously firing directly at the plant.

Now, the occupying forces have raised the risk of a devastating meltdown even further, by placing “at least” fourteen units of “heavy military equipment with ammunition, weapons and explosives” in the first of six power units, according to Ukrainian state-owned nuclear company Energoatom.

The firm claimed the arsenal had been placed “very close” to equipment which ensures the continued operation of the turbogenerator – the steam-powered turbine which draws heat and energy from the nuclear reactor.

Energoatom warned that the weaponry had been placed “in the immediate vicinity of the main oil tank, which contains flammable oil that cools the steam turbine.

“There is also explosive hydrogen, which is used to cool the generator.” 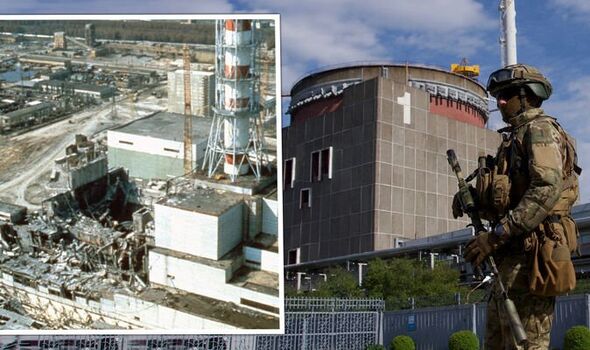 Whether through ignorance or a general disregard for life, the Russian military have placed the explosives in an area that is “impossible” for specialised fire engines to reach – increasing the risk of a fire that could burn out of control.

The nuclear energy company fretted that the placement of the arms meant “extinguishing it becomes extremely problematic”.

It continued in a statement earlier today (Thursday): “If a fire occurs, for example, due to the accidental detonation of ammunition, then its scale could be equal to the one that occurred during the accident at the Chernobyl nuclear power plant!”

Just yesterday (Wednesday), Russian forces “demanded” Ukrainian workers at the plant open the engine rooms for three power units to house their arsenal – raising fears the risk of an explosion may only grow greater, and could engulf multiple reactors. 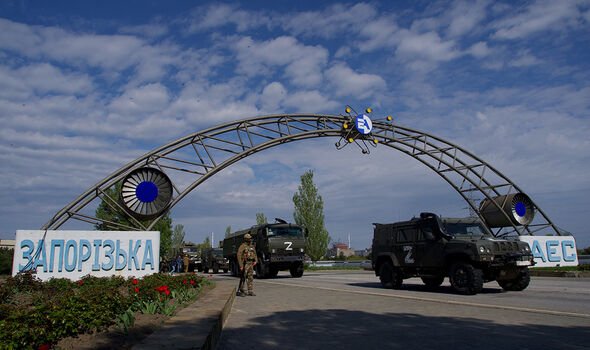 Ukraine still bears the scars of the last nuclear accident to happen on its soil: as well as causing countless premature deaths due to the radiation it poured out into the atmosphere, Chernobyl now sits in a 1,000-square-mile exclusion zone.

In 2016, a New Safe Confinement building encasing the irradiated building was put in place, at a cost of €1.5billion (£1.28billion).

Russian troops recaptured the nuclear power plant on the first day of the invasion in February, before withdrawing after a bungled offensive in the north of the country.

Following the occupation of Zaporizhzhia, Russian forces have been accused of a litany of violations of nuclear safety.

DON’T MISS:
Rejoiners told to ‘get used to’ Brexit over plot to go back to EU [REVEAL]
Britons face hefty fines when driving in Europe without these items [INSIGHT]
Liz Truss finally admits backing Remain a mistake [REPORT] 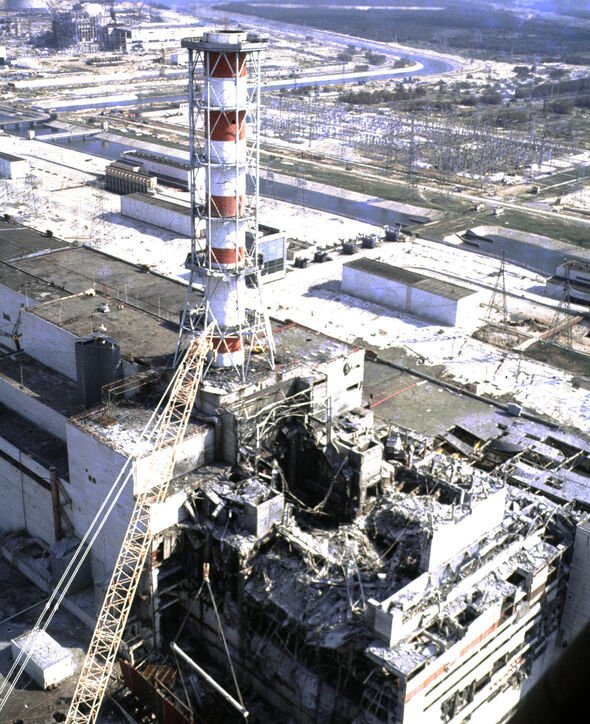 At the end of May, the internet connection required for the International Atomic Energy Agency to monitor the plant’s activity was cut off. It was restored on June 10.

On Tuesday, the occupying soldiers took security passes off station staff so they could enter the radiation zone of Zaporizhzhia’s second block, according to Ukraine’s Centre for Strategic Communications.

The Russian Army has been accused of turning the nuclear power plant into a military base, using the position to shell the nearby area.

Volodymyr Zelensky, the Ukrainian President, said the situation at the plant was “extremely tense”. 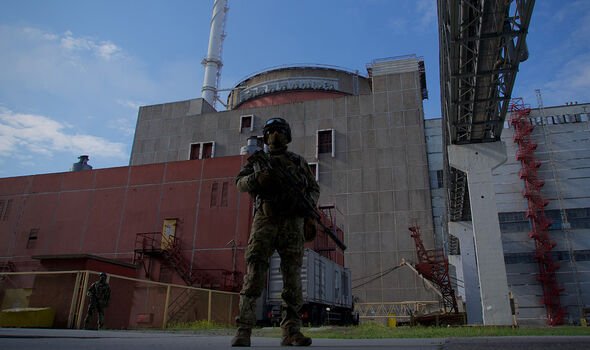 The day after, the Russian defence ministry accused Ukrainian “nationalists” of launching two “kamikaze” drones at the plant.

It said that one was shot down, and another hit the nuclear plant but did not damage any equipment. A spokesperson accused Ukraine of risking a “man-made disaster”.

Such claims could not be independently verified, and Ukrainian officials had no immediate comment.