Mark Voyger, Senior Fellow of the Centre of European Analysis, has dismissed Vladimir Putin’s nuclear threats as “unthinkable” as Russia would also disappear from the map if it were to execute its threat. Putin has reportedly told Belarusian President Alexander Lukashenko the Kremlin will hand over nuclear-capable missile systems to Belarus in the coming months. Putin’s latest announcement follows a series of veiled nuclear threats against the West and Ukraine in its more than 100-day war against its neighbour.

When asked about the potential for Russian response to the Kaliningrad blockade, Mr Voyger said: “For as long as the Russian army, especially the majority of the ground forces, are bogged down in Ukraine with no easy end, with no easy victory, they won’t. They won’t be able to.

“I don’t think Russia can take any offensive action at least in terms of land warfare. You know, they keep talking about brandishing the nuclear sword. But you know, global nuclear war is not the purpose of this regime, what they want. They will also be destroyed like anybody else. So, that’s out of the question.”

On the type of response he would expect, he said: “I would expect some hybrid actions, maybe pressure of course along the borders, maybe subversive moves, cyber pressure, potentially the threat of tactical nukes.

“That’s the most probable in terms of military action Russia would use. But they’re not in a position to fight NATO, especially with an additional 300,000 troops on the eastern flank. That’s unthinkable.” 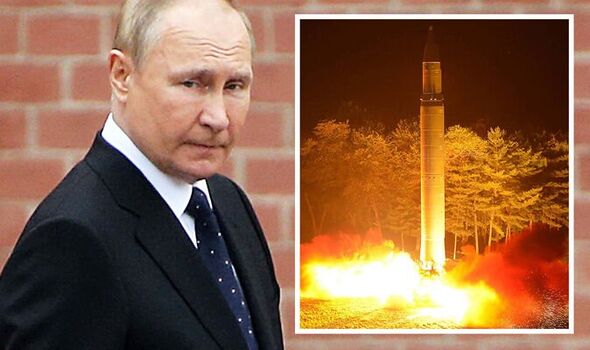 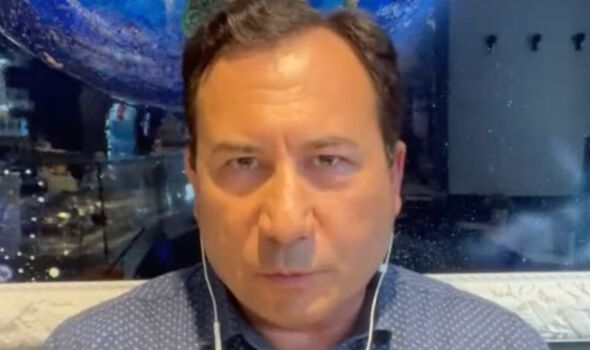 According to a Kremlin readout, Putin told Lukashensko the short-range ballistic missiles systems with a range of up to 310 miles “can use both ballistic and cruise missiles, both in conventional and nuclear versions.”

Some military analysts fear the humiliation for Putin will lead Russia to deploy chemical or nuclear weapons. As a result, several world leaders have suggested offering him a way out such as giving up parts of Ukraine’s territory.

However, CIA Director William Burns told the US Congress that has not seen any “practical evidence” suggesting Putin is preparing nuclear weapons for immediate use. 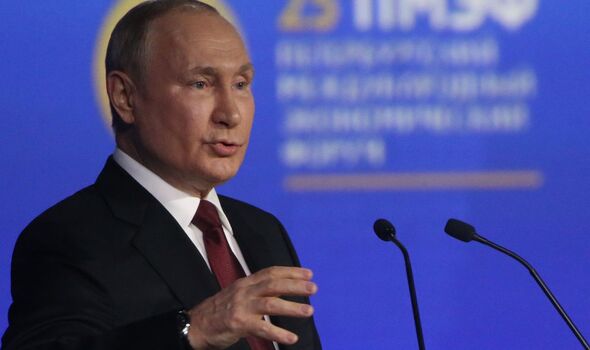 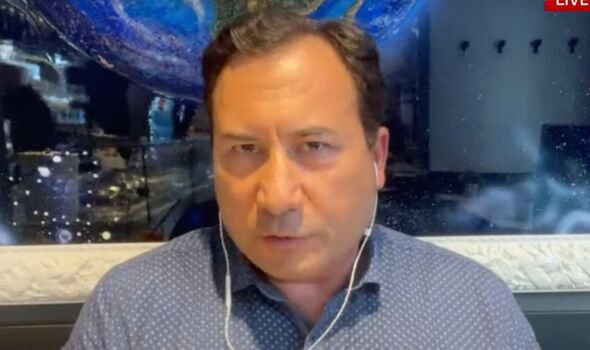 In early June, Putin announced Russia will deploy the nuclear-capable missile RS-28, also known as Satan II, by the end of this year in case of a “threat” to Russia’s “sovereignty.”

“If he really is dying of various diseases that have lined up to get him, would he like to take the rest of us with him?” he asked. 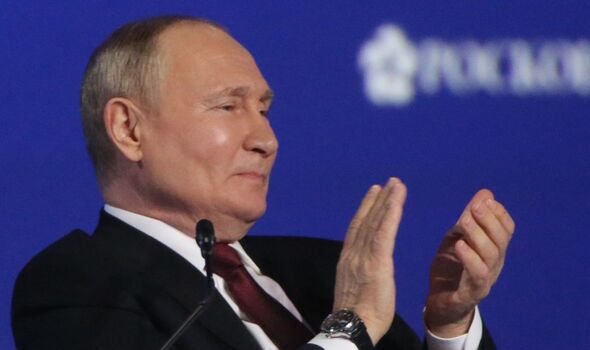 In a Kremlin meeting on Tuesday, President Putin said: “Successful test of the Sarmat heavy intercontinental ballistic missile has been carried out. It is planned that the first such complex will be on combat duty by the end of the year,” according to Russian state-owned publication RIA Novosti.

Upon announcing its deployment, Putin added: “This truly unique weapon will strengthen the combat potential of our armed forces, reliably ensure Russia’s security from external threats and provide food for thought for those who, in the heat of frenzied aggressive rhetoric, try to threaten our country.”

READ NEXT:
Putin sends in old men and reserves as Russia ‘running low on leaders’
Erdogan could be about to pull rug from under Russia after NATO talks
Tory minister warns ‘insane’ Putin that UK will fight Russia for NATO
Putin’s ‘shopping mall victims’ pictured as Russia makes sick claim
RAF steps up exercises on Putin’s doorstep