MOSCOW (Reuters) – President Vladimir Putin’s opponents agree a nationwide vote next month that could extend his rule is a sham, but are split over whether to campaign for a “No” vote or call for a boycott. 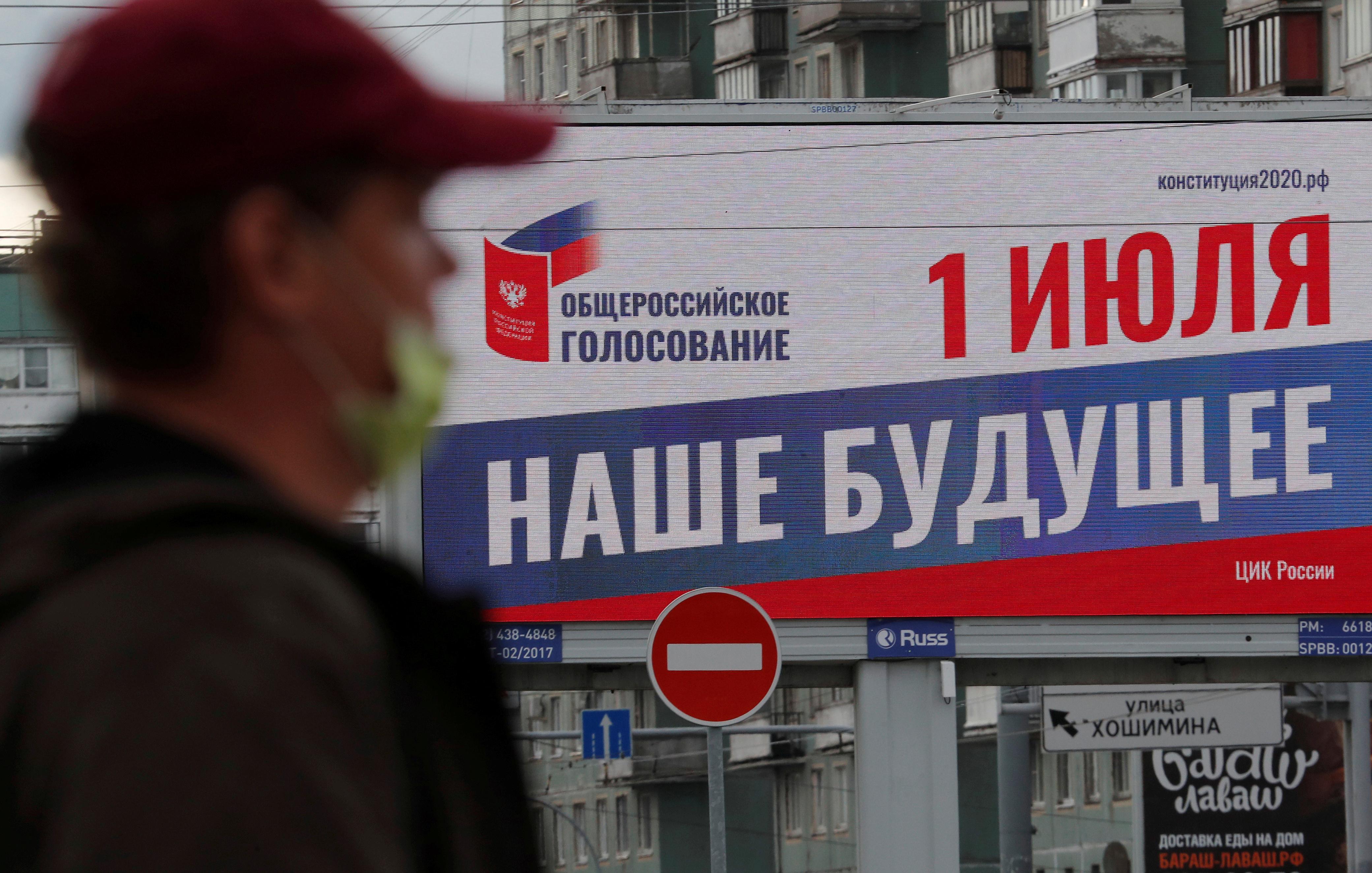 In the July 1 vote, Russians will vote to approve or reject constitutional reforms including a change that would allow Putin to serve two more six-year terms, if re-elected, instead of stepping down in 2024.

Putin’s approval rating, though still high at 59%, has slipped to its lowest since 1999, the Levada pollster says, and the coronavirus pandemic poses one of the biggest challenges of his more than 20-year rule.

Even so, Putin’s opponents believe the outcome is a foregone conclusion. Some, such as politician Alexei Navalny and the liberal opposition Yabloko party, have urged supporters not to vote.

“Legitimising this ‘fete for Putin’ by increasing turnout is just helping the Kremlin,” said Lyubov Sobol, a Navalny ally.

Others, such as the Communist party, which usually backs the Kremlin on big decisions, have urged supporters to vote against.

The Kremlin says constitutional changes are needed to strengthen the role of parliament and improve social policy and public administration, and that polls show the changes have wide support. Critics say the reforms amount to a constitutional coup.

Proposed measures to reduce the risk of coronavirus infections, such as allowing voting over seven days and in tents outside polling stations, will complicate election monitoring and risk voter fraud, opponents say.

“There’s no opportunity to uncover falsifications. All that remains is a circus with blow-up tents,” Navalny said.

Election officials deny such accusations, saying the vote will be free and fair.

A “Nyet” campaign led by several opposition politicians, which is also considering a boycott, says billboards advertising the vote are biased and opponents have been given no air-time.

One billboard in the city of Stavropol declares: “Update the constitution!” with “Okay” beneath it.