The rare address will be broadcast at 19:00 GMT on Sunday. 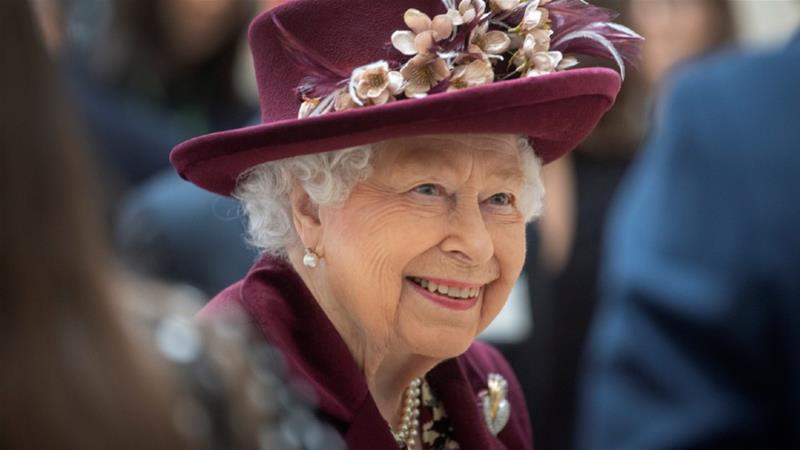 Queen Elizabeth will make an extremely rare address to the nation on Sunday, as the United Kingdom grapples with the increasingly deadly coronavirus outbreak.

The government has put the UK into a virtual lockdown, closing pubs, restaurants and nearly all shops, while banning social gatherings and ordering Britons to stay at home unless it is absolutely essential to venture out.

The measures are intended to stop the spread of the epidemic, with officials saying on Friday the death toll in the UK from the virus rising by 684 to 3,605, up 23 percent on the previous day. The National Health Service (NHS) said two nurses – Aimee O’Rourke, 39, and 38-year-old Areema Nasreen – had died of the disease.

“Her Majesty The Queen has recorded a special broadcast to the United Kingdom and the Commonwealth in relation to the coronavirus outbreak,” Buckingham Palace said in a statement, without giving any details about its content.

The address, which was recorded at Windsor Castle where the 93-year-old monarch is staying with her husband, Prince Philip, will be broadcast at 19:00 GMT on Sunday, it said.

Last month, the queen issued a written statement in which she said the royal family would play its part in rising to the challenge of the coronavirus outbreak.

“We know that many individuals and families across the United Kingdom, and around the world, are entering a period of great concern and uncertainty,” she said then.

“We are all being advised to change our normal routines and regular patterns of life for the greater good of the communities we live in and, in particular, to protect the most vulnerable within them.”

The queen rarely broadcasts to the nation apart from her annual televised Christmas Day message, usually to offer personal thanks or provide reassurance in times of crisis.

Royal experts said it would be only the fifth such televised address she had made during her 68 years on the throne.

The last was in 2012 following celebrations to mark her 60th year as queen which came 10 years after the preceding broadcast which followed the death of her mother in 2002, when she thanked Britons for their messages of condolence.

She also gave an address at the start of the Gulf War in 1991, and most famously, she delivered a sombre live broadcast after the death of her daughter-in-law Princess Diana in a Paris car crash in 1997 amid a national outpouring of grief and criticism of the royal family’s response.

British Prime Minister Boris Johnson, meanwhile, said on Friday he was remaining in isolation with mild symptoms of COVID-19, including a raised temperature, seven days after he first tested positive for the new coronavirus which causes the respiratory disease.

A weary-looking Johnson, sitting in a chair in an open-necked shirt, posted a video on Twitter from Downing Street.

England’s chief nurse, Ruth May, made an impassioned plea to the public to stay at home over the coming weekend, invoking the memories of the two nurses who had died and describing them as remarkable women who were part of the NHS family.

“This weekend is going to be very warm and it will be very tempting to go out and enjoy those summer rays,” May said at a daily government news conference.

“But please, I ask you to remember Aimee and Areema. Please stay at home for them,” she said.

Johnson initially adopted a relatively restrained approach to the outbreak compared with other European leaders, but swiftly changed tack when projections showed a quarter of a million people could die in the UK.

He effectively shuttered the world’s fifth-largest economy, instructing people to stay at home and ordering schools, nonessential shops and social venues to close.

“Please, please stick with the guidance now,” Johnson said in his video message on Friday.

England’s Deputy Chief Medical Officer Jonathan Van-Tam said while the public’s compliance with the social distancing guidance had improved, it was too early to talk about “green shoots” in terms of hospital admissions of coronavirus patients.

Van-Tam said results of clinical trials of possible drugs to treat COVID-19 were likely to come in a few months.

Van-Tam said the next round of trials would look at other medicines, including some that might be in development for other diseases but might be helpful in treating COVID-19.

Hancock tested positive last week at about the same time as Johnson, but he has since left isolation, disclosing that he had lost half a stone (3.18kg) in weight due to the virus.