Home » World News » Rain radar: How to see where it is raining in the UK right now

BBC Weather: Thunderstorms expected to sweep across the UK

The Met Office forecasts more unsettled weather to sweep the UK this week, with yellow weather warnings for thunderstorms covering almost all of the UK on Monday, all of England and Wales on Tuesday and most of the southwest to south-eastern England on Wednesday. This comes after weeks of scorching 30C highs and the official declaration of a drought.

Met Office Deputy Chief Meteorologist Jason Kelly said: “The current hot weather will make way for a thundery breakdown from the west, which will spread south and east in the early part of next week.

“Ahead of this, isolated but intense thunderstorms are possible Sunday, Monday and Tuesday.

“Hail and frequent lightning are also possible as part of these downpours and represents an additional hazard.” 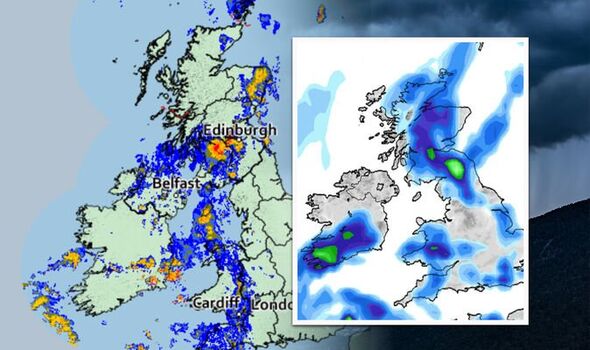 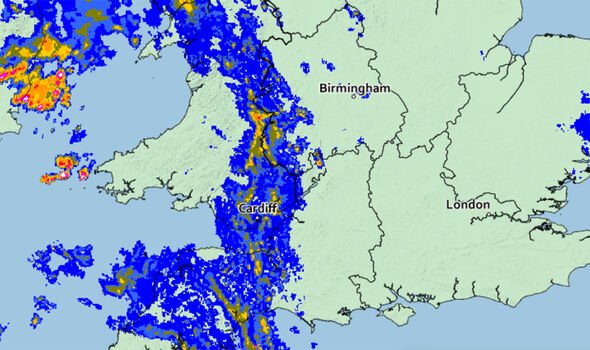 Coming in from the west, rainfall is currently covering most of the southwest from Exeter to Minehead, up to Bristol and across to most of eastern Wales to the north.

Spreading up across parts of Northern Ireland with smatterings across Belfast and Londonderry, rainfall is hitting heavier back inland in Scotland.

Glasgow, Edinburgh, Aberdeen, and its surrounding areas are currently recording anything between two to four millimetres to eight to 16 millimetres of rain per hour, with some areas including Livingston and Dunfermline reaching as much as 16 to 32 millimetres.

To find out where it’s raining in the UK right now, check the weather map below.

After weeks of 30C scorchers, the current rainfall might come as a relief for many. However, it still doesn’t appear to be enough to call an end to the UK’s drought, and the previous drier conditions could make for more problems.

Met Office meteorologist Dan Stroud said: “It will help a little but, to be honest really, it’s almost the wrong sort of rain. What we’re likely to see are some heavy, intense downpours.

“With the ground baked so dry, it’s very difficult for the ground to actually absorb the water very quickly.

“So what tends to happen in these circumstances is the water runs off and we can potentially get some surface run-off issues, so some flash floods.”

DON’T MISS:
‘Worst’ mistake gardeners are urged to avoid – ‘plants will suffer’ [EXPLAINED]
Victorian village under lake revealed for the first time since 1976 [INSIGHT]
UK storm: ‘Danger to life’ as Brits to be lashed by 3 days of rain [ANALYSIS] 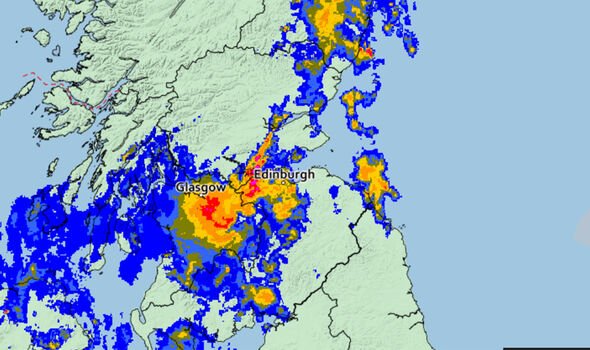 Thundery showers are expected to ease across England and Wales tonight, although some may persist, turning heavier again later, according to the Met Office.

Scotland is due to generally see more rain, while Northern Ireland should expect a much lighter fall.

Tuesday should see conditions ease up across Scotland and Northern Ireland, which will mainly see cloudier conditions with some rain and sunny intervals.

The southern regions should expect much lower temperatures while yellow weather warnings remain in place across England and Wales.

The Met Office forecast said to expect “heavy showers and potential thunderstorms that may produce torrential downpours” throughout the course of the day.