Police reinforcements have been sent into the French city of Dijon after a fourth night of clashes between rival gangs.

Youths set fire to vehicles and bins overnight to avenge an alleged attack on a 16-year-old Chechen by drug dealers last week, according to local media reports.

Riot police dispersed crowds on Monday night after around 150 people gathered on the streets. 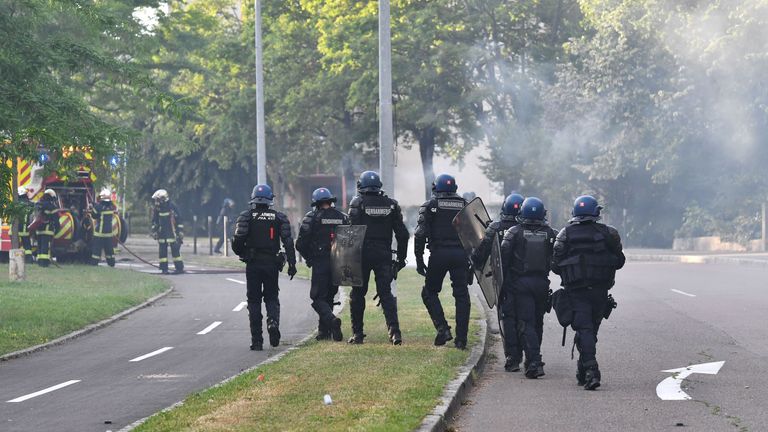 Videos posted on social media showed hooded and masked males brandishing what appeared to be weapons including guns and axes, amid the sound of shots being fired in the air.

Footage taken from a distance showed plumes of black smoke rising in the air above the city skyline. Another video showed a dramatic crash amid the confrontations as a speeding car smashed into a stationary vehicle.

“The events of the last few days in the Gresilles district of Dijon, where there had been gatherings of youths which had led to vehicles and dustbins set on fire, only leads to more insecurity and worries for the local population, following on from the events of the weekend,” the local police force said in a statement late on Monday on Twitter.

It added it was prepared to bring in more forces to Dijon if necessary. Tensions remain high following the clashes which broke out on Friday and continued through the weekend.

The government has described the violence as “unacceptable” and has pledged a “firm response”.

Interior security minister Laurent Nunez was due to visit the area on Tuesday to review the situation. 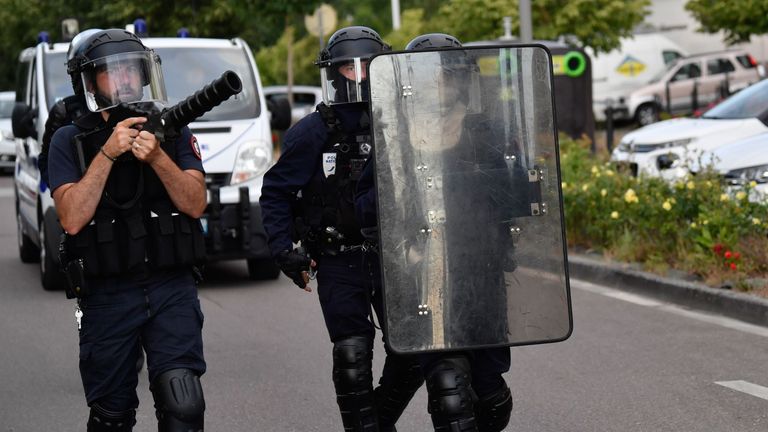 Bernard Schmeltz – the top state official in the region – said in a statement that the violence “appeared to be part of a settling of scores between members of the Chechen community in France and residents”.

Dijon prosecutor Eric Mathais said an investigation has been launched into attempted murder by a criminal gang.