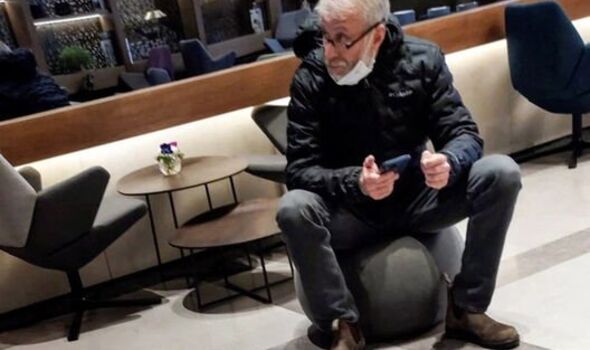 The Chelsea Football Club owner has been accused of cheating the Russian government in a corrupt oil privatisation deal. The oligarch’s lawyers say there is no basis for the fraud allegations.

Mr Abramovich, 55, was spotted at Tel Aviv airport. His £46million jet then left the Israeli capital and touched down in Moscow after a brief stop at Istanbul.

Yesterday’s allegations came after Britain sanctioned him and six other Russian superrich oligarchs.Their assets were frozen and Mr Abramovich was disqualified as a director of Chelsea.

This week a BBC Panorama investigation said it had uncovered evidence of “corrupt” deals that made his fortune. The Chelsea owner made billions after buying an oil company from the Russian government in what BBC Panorama said was a rigged auction in 1995.

Mr Abramovich paid around £190million for Sibneft, selling it back to the Russian government for £9billion in 2005. The Panorama document is said to have been copied from files held on the businessman by Russian law enforcers. It says: “If Abramovich could be brought to trial he would have faced accusations of fraud.”