Zhukov’s team posted a picture on social media of his bloodied and swollen face, saying he was attacked near his home. 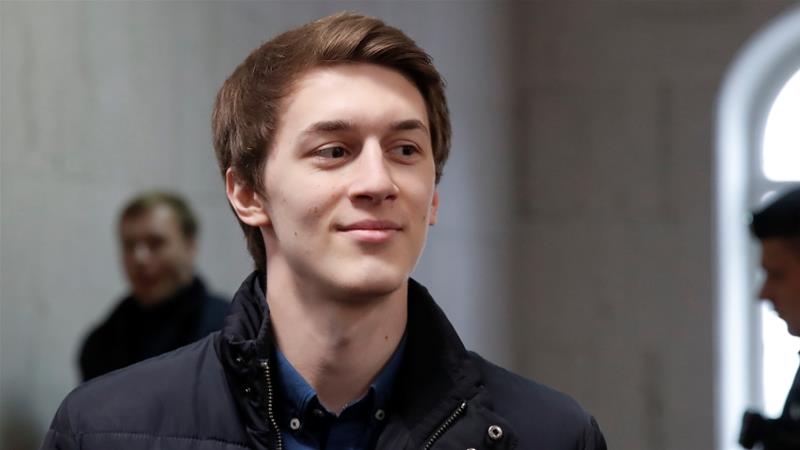 A well-known Russian opposition blogger and radio host was beaten outside his home in Moscow, his spokesman said on Monday, as Kremlin critics say they are being subjected to a growing number of attacks.

Zhukov’s team posted a picture on Telegram of his bloodied and swollen face, saying he was attacked and beaten near his home on Sunday evening.

“According to eyewitnesses, he was attacked by two thugs who disappeared on scooters,” Zhukov’s spokesman Stas Toporkov said.

The opposition figure filed a complaint with police and underwent medical checks afterwards, according to the Interfax news agency.

Zhukov was arrested in August last year for his role in mass protests that erupted after independent and opposition candidates were barred from contesting local elections.

A politics student at the time, he was released under house arrest and charged with calls for “extremism” online.

Earlier on Sunday, Zhukov said he had been excluded from a master’s degree course at the prestigious Higher School of Economics in Moscow, shortly after enrolling.

He said a university administrator told him the decision had been taken “on orders from above”.

Members of Russia’s opposition have complained of a growing number of attacks and punitive legal cases against Kremlin critics following a vote on changes to the constitution that allow Putin to extend his rule.

Leading opposition leader Alexey Navalny is being treated in a hospital in Berlin for a suspected poisoning and his allies hold Putin ultimately responsible.