Trump, struggling to fill shortages of ventilators and personal protective equipment, accepted Putin’s offer in a phone call on Monday. A Russian military transport plane left an airfield outside Moscow and was expected to arrive in the United States on Wednesday night.

Emergency aid to Washington was a striking development. Usually, the United States donates supplies to embattled countries rather than accepting them. The origin of the gift was bound to revive criticism from Democrats that Trump has been too cozy with the Russian leader.

“Trump gratefully accepted this humanitarian aid,” Kremlin spokesman Dmitry Peskov was cited as saying by the Interfax news agency on Tuesday. Trump himself spoke enthusiastically about the Russian help after his call with Putin.

A U.S. official in Washington confirmed the shipment was a direct result of Trump’s phone conversation with Putin. The official said it carried 60 tons of ventilators, masks, respirators and other items.

The official said the equipment will be carefully examined to make sure it comports with quality requirements of the U.S. Food and Drug Administration.

Russia’s Rossiya 24 channel on Wednesday morning showed the plane taking off from a military air base outside Moscow in darkness. Its cargo hold was filled with cardboard boxes and other packages.

Confirmed U.S. cases have surged to 187,000 and nearly 3,900 people have already died there from COVID-19, the illness caused by the coronavirus.

In Russia, the official tally of confirmed cases is 2,337 cases with 17 deaths, although some doctors there have questioned the accuracy of official data.

Relations between Moscow and Washington have been strained in recent years by everything from Syria to Ukraine to U.S. election interference, something Russia denies. Trump spent two years battling a federal investigation into whether his 2016 campaign colluded with Russia.

Trump said on Tuesday he and Putin discussed the virus at length. “Russia is being hit pretty hard,” he said.

Peskov, Putin’s spokesman, said Moscow hoped the United States might also be able to provide medical help to Russia if necessary when the time came. 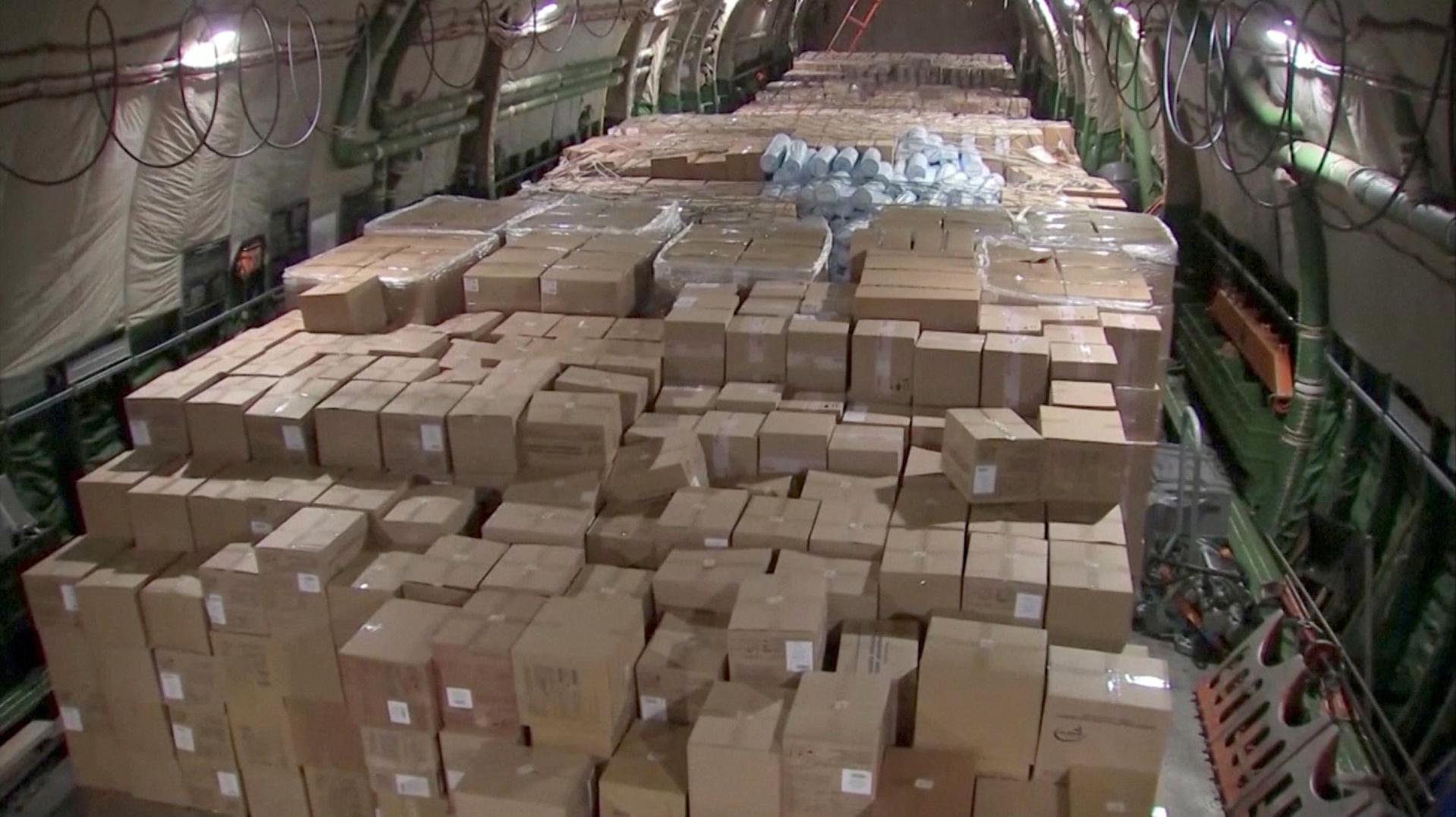 “It is important to note that when offering assistance to U.S. colleagues, the president (Putin) assumes that when U.S. manufacturers of medical equipment and materials gain momentum, they will also be able to reciprocate if necessary,” Peskov was cited as saying.

Peskov complained that some U.S. officials had made it needlessly difficult to expedite the aid. He also was quoted as saying that Russia and China cooperated in a similar way because “at a time when the current situation affects everyone without exception … there is no alternative to working together in a spirit of partnership and mutual assistance”.

Russia has also used its military to send planeloads of aid to Italy to combat the spread of coronavirus, exposing the European Union’s failure to provide swift help to a member in crisis and handing Putin a publicity coup at home and abroad.