Moscow’s military forces are tipped to abandon the Russian-occupied region of Kherson as the Ukrainian defence has launched a counter-offensive bid to reclaim the city. Despite being controlled by President Putin’s forces since the early weeks of the invasion, new footage said to be from within Kherson, has revealed evidence of Russian troops fleeing the territory. Abandoned Russian military equipment within the region is suggested to be an indication of occupying forces “deserting” the territory as Ukrainian troops move in.

A video of “abandoned Russian kit” uncovered in Kherson was published on social media by Euan MacDonald, editor-at-large for national news outlet The New Voice of Ukraine.

The clothing includes military vests that appear to be labelled with Russian writing, as well as a full uniform laid neatly out on the ground.

In a caption accompanying the post, Mr MacDonald said: “Video from the Ukrainian military, said to be from Kherson: Abandoned Russian kit, even a full uniform laid out on the ground.

“A possible explanation for this is that Russian soldiers are changing into civilian clothing and deserting, as has happened before in Ukraine.” 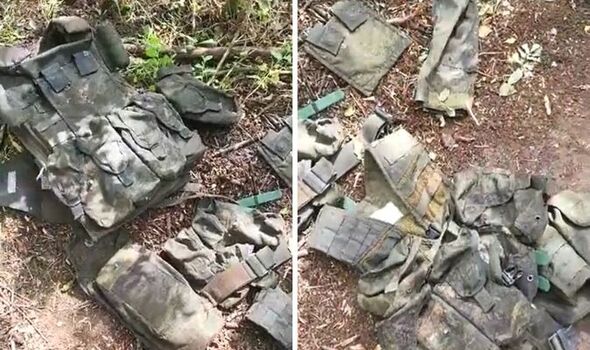 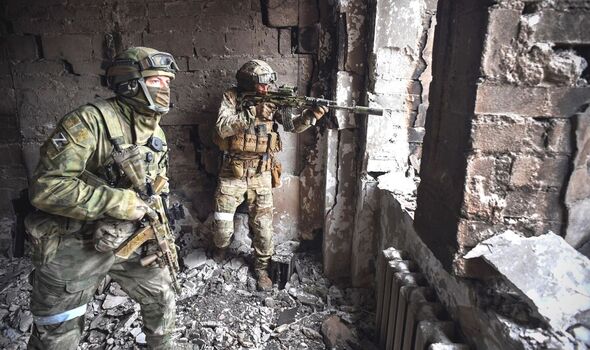 Russian troops are suggested to have ditched the clothing, which clearly identifies them as belonging to President Putin’s forces, before fleeing Kherson.

Reports of similar activity emerged in April after intelligence suggested Russian troops had disguised themselves in civilian clothing to evade Ukrainian forces as President Putin’s military relocated to launch a renewed attack in the east.

A report from the General Staff of the Ukrainian Armed Forces at the time warned that Russian troops had stolen “motor vehicles and civilian clothes from local residents.”

Such behaviour is a violation of the Geneva Convention which requires military forces to have a “fixed distinctive sign recognisable at a distance” in order to entitle them to prisoner of war protections. 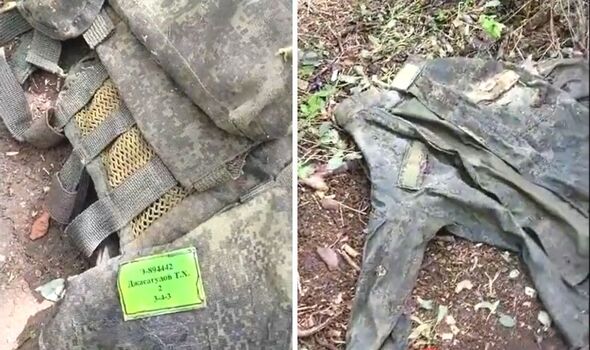 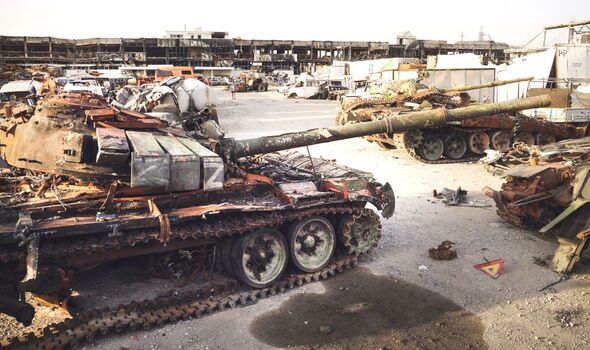 A Ukrainian military operation to reclaim southern regions under Russian control had been anticipated after defending forces launched a series of strategic strikes to wipe out Russian resupply routes.

The destruction of road bridges into Kherson acted to weaken President Putin’s occupying military ahead of a renewed counter-offensive in the region.

A report from the UK Ministry of Defence read: “The operation has limited immediate objectives, but Ukraine’s forces have likely achieved a degree of tactical surprise; exploiting poor logistics, administration, and leadership in the Russian armed forces.” 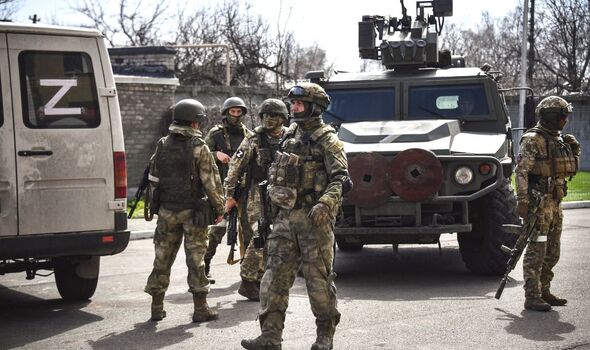 Intelligence reports suggest morale among Russian forces has diminished significantly as support for the “special military operation” in Ukraine has fizzled out as the war has dragged on.

The Kremlin’s troops are said to be frustrated at a lack of coordination in the military, a consequence of poor leadership which has also led to issues with their pay.

The Ministry of Defence said: “the Russian military has consistently failed to provide basic entitlements to troops deployed in Ukraine, including appropriate uniform, arms, and rations, as well as pay.”

The “fragile morale” present among Russian troops is suggested to have fuelled increasing reports of soldiers abandoning their posts.