British Army Colonel Hamish de Bretton-Gordon warned Russian latest bad performance in Ukraine raises “increasing concern that Russia may turn to unconventional warfare”, including nuclear threats. He stressed the need for the west to “be absolutely on the balls of our feet” as he explained Putin cannot afford to lose in Ukraine as if he did “he would be over”. Referring UK now seeing its inflation levels reaching 10.1 percent, he draw a direct connection between the war in Ukraine and the current UK economic situation and suggested that if the country wants to “get over the inflation drama”, the west needs to “make sure that Ukraine prevails”.

Mr Bretton-Gordon told GB News: “We’re all hopeful that the tide is turning and Ukraine is getting on the fro foot and is starting to push some of those Russian forces back.

“Conventionally, the Russians are performing very badly, we’ve seen the amount of tanks that they’ve lost and troops are now losing some sort of ground.

“This is the reason why the is an increasing concern that Russia may turn to unconventional, asymmetrical warfare that has fed them well in Syria.

“We know that Putin in his own mind can’t afford to fail in Ukraine because he will be over. 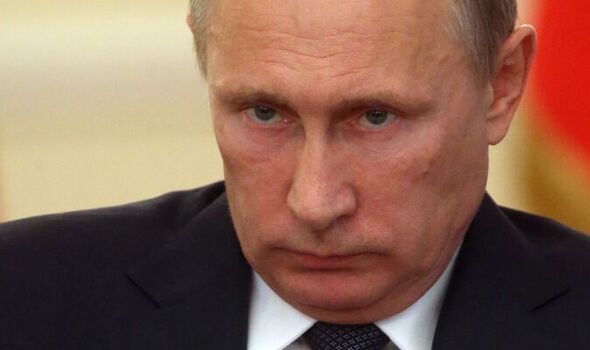 “We hear stories about nuclear power stations and we get threats from the Russian Ministry of Defence and some of its supporters about the nuclear issue.

He warned: “We need to be absolutely on the balls of our feet.

“We need to keep supporting in all that we can otherwise some of the other issues that we’re focusing our mind so desperately on like the Conservative leadership election, quite frankly, will be horrifyingly unimportant if Ukraine doesn’t prevail and we get involved in some dreadful sort of nuclear accident or attack.”

Referring to the economic situation that UK is now facing with inflation now hitting 10.1 percent, he added: “I would hope that the key political parties make sure that people in this country are aware that reason that their fuel is at £1.80 per litre is because o the Ukraine crisis pushing up the price of fuel because of its luck of supply. 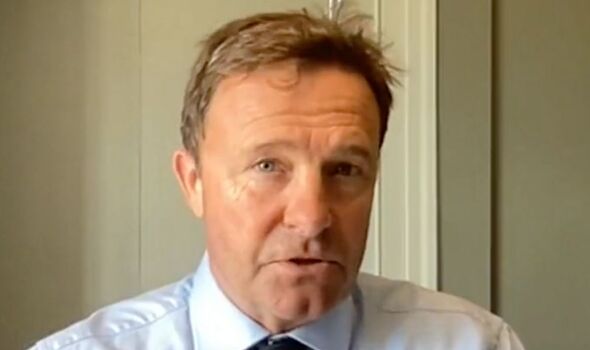 “The reason that food prices are going through the rood is because there’s 14 million tonnes if grain stuck in Ukraine.

“If we want to get over the inflation drama at the moment, we need to make sure that Ukraine prevails.

“We need to keep up the pressure here and not use other excuses for our inflation and interest rates.

“This is a generational fight that we’re involved indirectly at the moment. 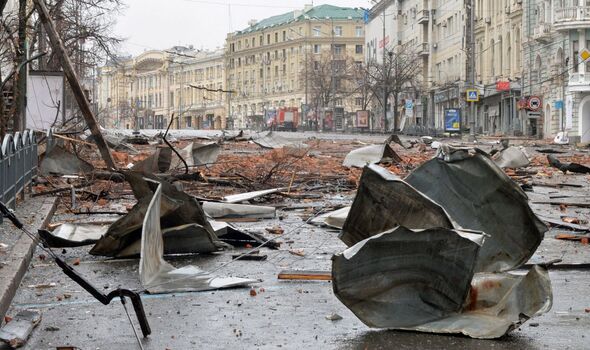 “We must make Ukraine prevail, otherwise we might be directly involved in it”.

The comments came as Ukrainian forces are now attempting to retake full control over Kherson, a region under Russian control since the beginning of the war in February.

Over the last few days, Ukrainian forces have been targeting several railway lines from the Russian-occupied Crimea into Kherson region in the attempt to cut the supply of ammunition and military equipment between the two areas.

The latest achievements recorded in Kherson come a few days after the blasts recorded in the Crimean towns of Saki and Maiske, where Ukrainian are believed to have launched two attacks against Russian ammunition depot of Maiske and Saki air base.

The attacks at the Russian airbase and arms store destroyed seven Russian warplanes, which appeared to be Su-24 bombers and Su-30 multirole fighter jets, the biggest loss in military equipment since WW2.