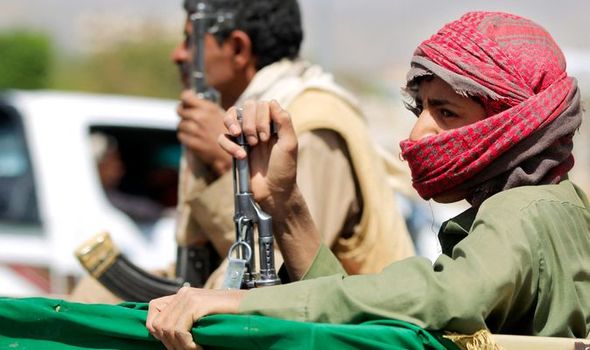 The Islamist political and armed movement said it had fired 14 drones at several cities in the Middle Eastern country including Saudi Aramco facilities in Jeddah. The Houthi military spokesperson said in a press conference the group had also attacked military targets in Riyadh, Jeddah, Abha, Jizan and Najran.

An army spokesperson tweeted: “The armed forces, with the help of God Almighty, will face escalation with escalation until the aggression stops and the siege is lifted.”

The Saudi-led coalition has retaliated by attacking 13 targets during a military operation against Houthis in Yemen, Saudi state news agency SPA said.