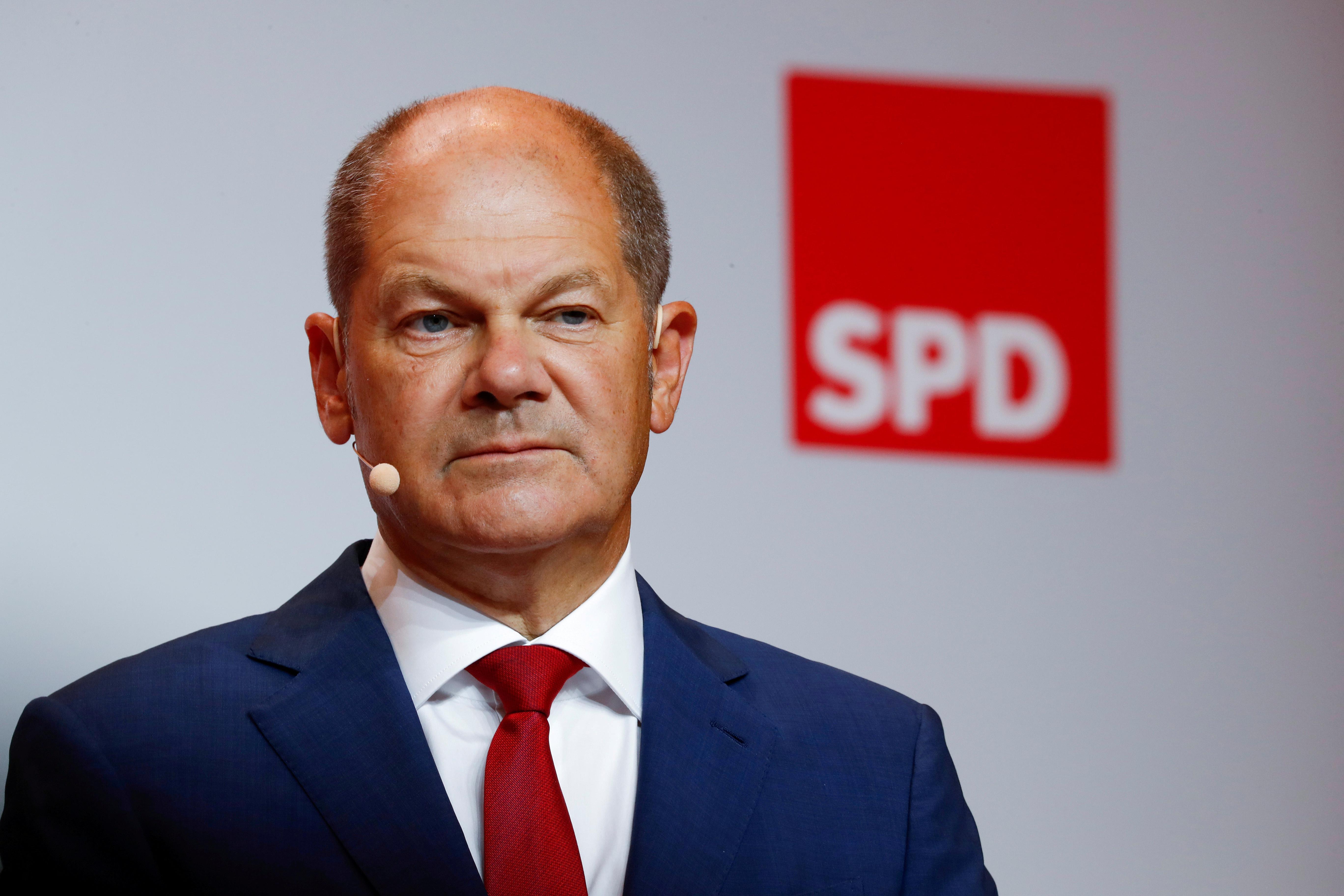 BERLIN (Reuters) – The decision of Germany’s Social Democrats (SPD) to nominate Finance Minister Olaf Scholz as chancellor candidate has given the centre-left party a popularity boost, helping them to surpass the Greens in a poll published on Wednesday.

The SPD on Monday proposed Scholz, the party’s most popular politician, to run to succeed Chancellor Angela Merkel in next year’s national election, when her fourth and final term is expected to end.

The decision marks a comeback for Merkel’s vice chancellor, who was last year defeated by two left-wing outsiders in the race to lead the SPD, the junior partner in her conservative-led ruling coalition.

Following Scholz being picked, the SPD rose to 18% in an INSA poll, hitting their highest level since February 2019, while the Greens edged down to 15%. This would enable the SPD to demand the chancellor job in any possible centre-left coalition.

The popularity of Merkel’s CDU/CSU remained relatively stable at 36%, according to the INSA poll. This means that the SPD still faces an uphill battle during the election campaign to come in first and secure a stable majority.

Scholz has said that strengthening relations within Europe would be one of his top priorities as chancellor, adding that the EU leaders’ agreement to help coronavirus-hit member states financially should not be viewed as a one-off event.

The SPD is hoping that Scholz can win back centrist voters, who in the past voted for the conservatives because of Merkel’s relatively moderate agenda. The conservatives so far have not decided who should run as their candidate for chancellor.