Protests erupted in the country over the return of a weekend curfew to combat a second wave of coronavirus infections. 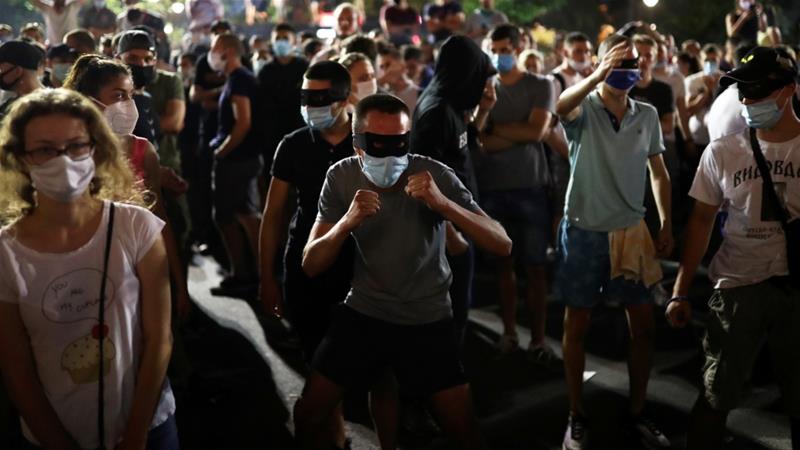 Serbian authorities have banned gatherings of more than 10 people in the capital, Belgrade, after two nights of violent clashes between police and thousands of demonstrators protesting coronavirus lockdown measures.

Thousands, however, defied the ban on Thursday night to stage a sit-down protest in front of Parliament, but that gathering and others in at least two other Serbian towns remained peaceful despite a large police presence.

The first demonstration was triggered on Tuesday after President Aleksandar Vucic announced the return of a weekend curfew to combat a second wave of coronavirus infections that has overwhelmed hospitals in Belgrade.

The president later backtracked on the plan but the protests continued, turning into a general rebuke of his handling of the crisis.

In addition to limiting gatherings, businesses in closed spaces, such as cafes, shopping malls or shops, were ordered to operate shorter hours.

“The health system in Belgrade is close to breaking up,” Serbian Prime Minister Ana Brnabic said. “That is why I can’t understand what we saw last night and the night before.”

At least 17,342 cases and 352 deaths have been recorded throughout Serbia.

After initially handling the pandemic relatively well, Vucic and his government have been accused of allowing the crisis to spin out of control in order to hold a June 21 election that tightened his grip on power.

Opponents blame the president for contributing to the large spike in deaths and new cases after he entirely lifted previous very tight lockdown measures.

Mass gatherings at football and tennis events and at nightclubs were allowed despite warnings by experts that this could lead to a spike in infections.

“Such violence is inadmissible and police will use all means to stop it,” Rebic said in a statement. 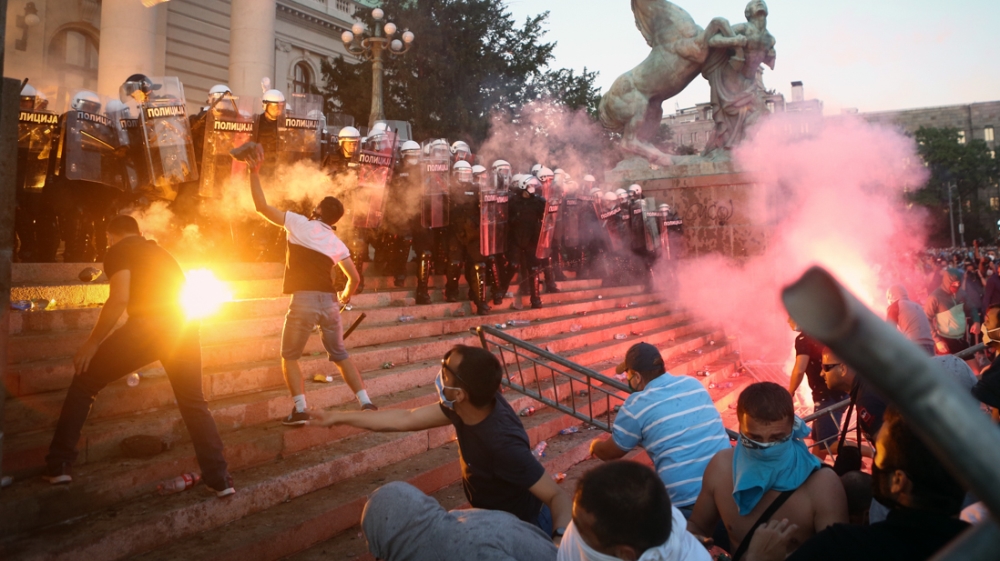 Rights group Amnesty International, however, blamed the police for applying “heavy-handed measures” against the demonstrators.

“Images of Serbian police firing tear gas and stun grenades indiscriminately into the crowd, and of protesters and bystanders being charged by mounted police and beaten by police in riot gear, raise serious concerns,” Amnesty International’s Balkans researcher, Jelena Sesar, said in a statement.