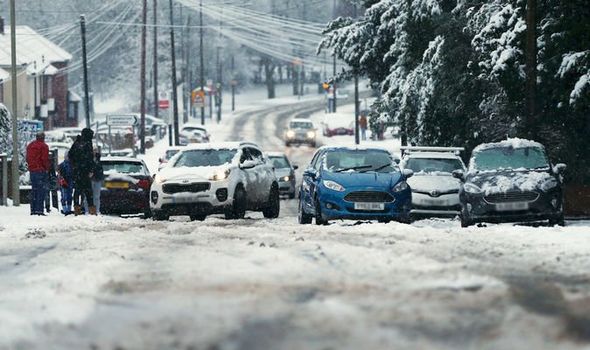 Heavy snow fell in Manchester, Birmingham, Liverpool and Stoke-on-Trent overnight and across Scotland and more is expected across the south of the country later this week.

Met Office weather warnings for snow are already in place for much of the south of England and Wales and an updated weather alert just issued has warned of more than 6 inches of snow in parts.

Much of the snow will cease by Monday evening into Tuesday, a new raft of warnings have been issued from 10am on Wednesday to 6am on Thursday.

The Met Office said: “An Atlantic frontal system looks likely to bring rain into parts of southwestern Britain on Wednesday.

“As this moves further east into colder air there is a chance of this rain turning to snow. The extent of any snow is very uncertain, but 2 to 5 cm could fall across a swathe of southern Wales, central and southern England, with a small chance of 10 to 15 cm settling in a few places, most likely on high ground above 200 metres.

“As the rain and snow clears on Wednesday night there is a risk of widespread ice forming on untreated surfaces.”

The yellow warning affects a huge area across the south of England and parts of southern Wales, reaching some areas of the midlands as well. 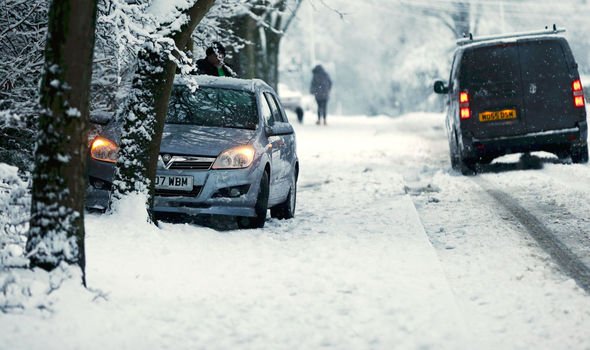 Heavy snow has fallen in parts of Greater Manchester, with drivers urged to take care this morning (Monday).

A yellow weather warning for snow and ice is currently in place across the region until 6pm.

An area of rain, sleet and snow is expected to bring icy surfaces and some travel disruption, the Met Office has warned.

On Sunday night, drivers were caught in tailbacks on the M6 after adverse weather conditions caused several crashes.

A thick layer of snow has already coated the M60 west near Sale and Barton Bridge this morning (Monday 28).

Traffic cameras show the motorway covered in snow and ice – particularly on the hard shoulder and on slip roads.

Latest forecast update from Liverpool and the North West

Further patchy showers are possible for eastern areas through the afternoon. Feeling cold.

The Met Office said families living in Stoke-on-Trent were most likely to get a covering of snow from 4am today.

A500 D Road Westbound is closed, very slow traffic due to snow and Impassable from B5045 (Shelton New Road junction, Stoke-On-Trent) to A34 Talke Road (Talke Roundabout, Talke Pits).

There are several jackknifed lorries stuck due to the snowy weather conditions. Roads in and around Stoke, Hanley and Newcastle are heavily affected. 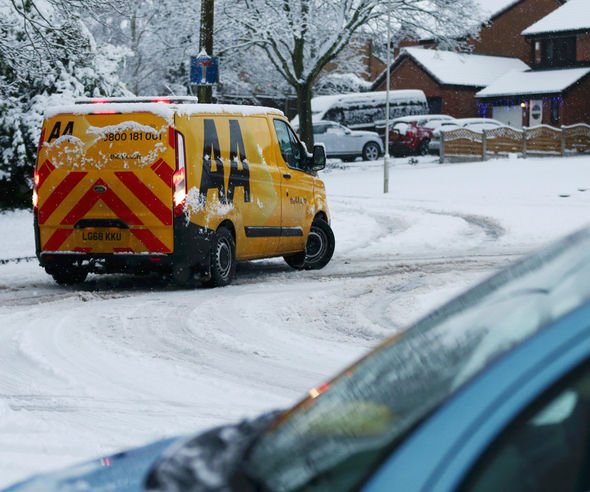 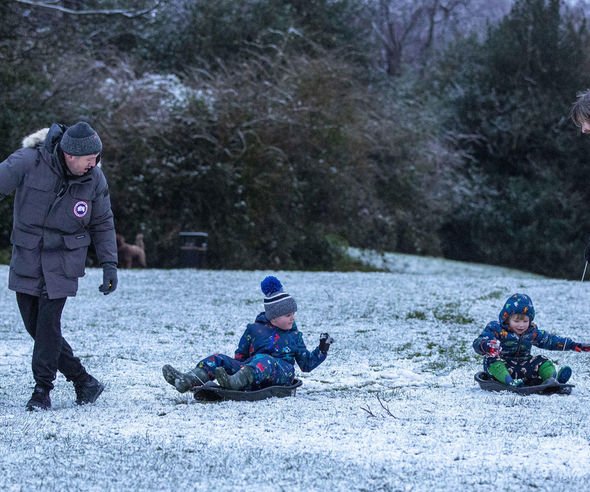 Snow warning from police in Gloucestershire

Police have issued a warning as snow falls in Gloucestershire.

“Heavy snow is starting to fall in the rural parts of the county,” the Glos Police account tweeted at 6.22am today (December 28).

“This will cause delays on the roads. Only go out if it is essential to do so. Make sure you plan your route and have everything you may need in an emergency including a fully charged mobile phone.”

The Met Office predicts a mix of sleet and rain in Gloucester until 12pm, when heavy snow is likely to start, before becoming lighter and stopping entirely around 3pm.

In today’s South West forecast, the Met Office says: “A wet morning with showers, possibly thundery, moving east across the region and falling as sleet or snow in places.

“Further showers likely for the afternoon, heaviest over Cornwall. Feeling cold, with a risk of some coastal gales in Cornwall. Maximum temperature 8C. 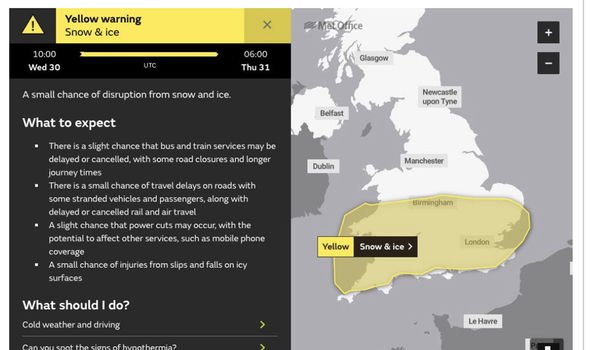 Latest from Met Eireann in Ireland

Donegal, Galway, Mayo, Sligo, Clare, Cork and Kerry can all expect gusts of up to 110km/h due to the storm which was named by the UK Met Office.

Once those winds die down however, the freezing conditions will really take hold.

A Met Eireann forecaster said: “It will be a cold end to 2020 with frosty nights.

“There will be some wintry showers with the risk of more persistent rain, sleet and possibly snow during the middle of the week.

“Very cold and frosty on Tuesday night with scattered wintry showers continuing near coasts in the west and northwest, mostly dry elsewhere for a time with clear spells and icy stretches developing as temperatures fall to between -3 and +2 degrees.