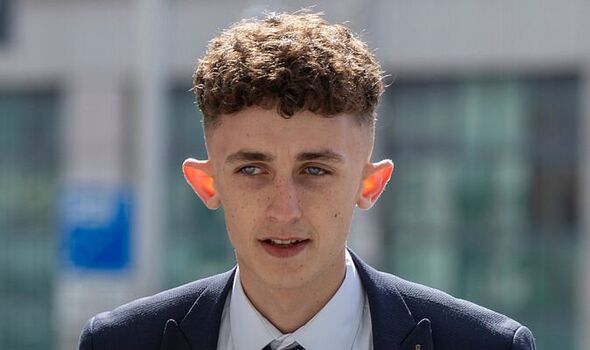 A young man who stabbed a drunk intruder to death has been jailed for three-and-a-half years. Jack Power, the intruder, was killed after being stabbed by Dean Kerrie.

Ireland’s Central Criminal Court heard that Power had been drinking until the early hours before breaking into Kerrie’s home.

He is understood to have seen damage to his car which he believed had been caused by Dean.

Power used a rock to smash the front window of the Kerrie home and then entered through the front door.

There was also a suggestion he attacked Kerrie’s mother, according to the Irish Mirror.

He found a knife in his room and stabbed Power, who was older and taller though unarmed.

The court rules that while Kerrie was legally entitled to use force in defence of himself, his family and his home, the force he did use was “grossly” excessive.

The judge said that an adult who had committed the same crime would have faced a headline sentence of seven years.

But, taking into account Kerrie’s age and the “difficult and pressurised situation created by the deceased which was not of his making”, he set the headline at five-and-a-half years.

This was further reduced given Kerrie’s remorse and the fact he immediately contacted the emergency services following the stabbing.

He added that his loss is “incalculable”.

The judge also said: “Nothing I do or say will alleviate this suffering.

“The sentence I impose must be proportionate to the gravity of the offence of manslaughter and also appropriate to his [Kerrie’s] circumstances.”

On Dean’s punishment, Mr Justice Mc Dermott told the court: “I have to consider the nature of what happened that night. The Oireachtas [Parliament] has recognised the special position of those obliged to defend themselves or their property from unlawful attack, particularly in their home. That is therefore a matter that has to be taken into account when considering the culpability of the accused.

“Those who are attacked in the home are entitled to use force and sometimes lethal force in defence of themselves and their home.”