The ongoing battle over the rights to one of the world’s most expensive waters continues to dominate relationships between major nations such as the US and China. Washington and Beijing routinely row over this space, with fears of war over the area rearing its head on occasion, and just this weekend Japan voiced its “deep concern” regarding conflict possibilities. This occurred while a debate raged over the US’ future policy on China remained unclear, with President Donald Trump missing a key summit on the region.

These tensions were laid bare by the BBC after a team joined the US on a military exercise over the South China Sea, warning in its video that “Beijing does not want them here”.

A voice then appears on the clip telling the US aircraft that “China has the sovereignty over the Nansha Islands and adjacent waters”, before demanding it “leave immediately, and keep far off to avoid any misunderstanding”.

Lt Matt Johnson, from the US Navy said that the scenario was a “routine occurrence for us on these flights”.

He added: “It happens throughout the flight where they come over and then we just go back with our standard response and it really has no effect on any operations or anything we do.” 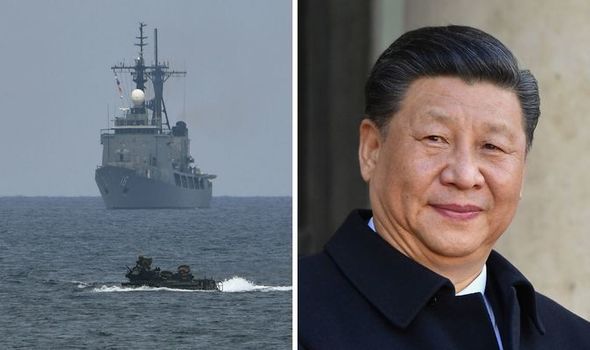 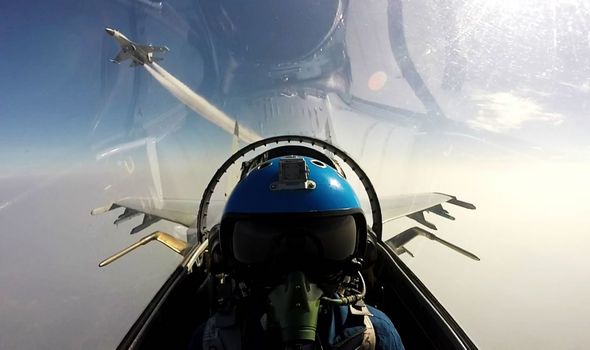 Although the warning towards the US military appears less threatening, another moment displays the furious nature those in the Chinese authorities had when an aircraft from the Philippines enters its airspace.

The same voice shouted in 2018: “Philippine military aircraft! I’m warning you again. Leave immediately or you will bear responsibility for all your consequences.”

The ongoing row is centred around the waters, which are the richest in the world.

China claims almost all of the strategic South China Sea, despite other nations making their own claims on the waters. 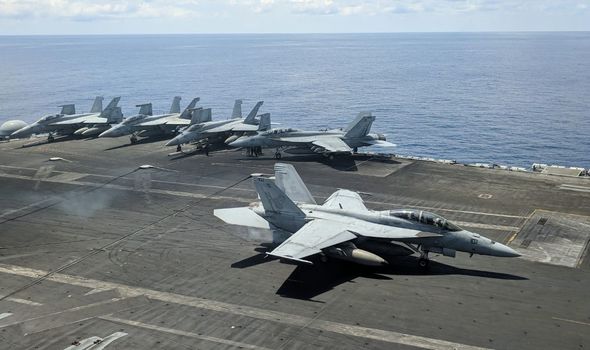 Others arguing their rights to the seas include Brunei, Indonesia, Taiwan and the Philippines.

More recently, the likes of Japan and India have called on those disputing the region to obey the law in the troubled waters – although they did not explicitly name China as the perceived worst offender.

Japan’s Prime Minister Yoshihide Suga described the activity in the region as “running counter to the rule of law and openness”, before adding that there was “grave concern” over Hong Kong following China’s national security rulings in the state.

The East Asia Summit was attended by nations such as the US, China and South Korea, with 18 members making up the group. 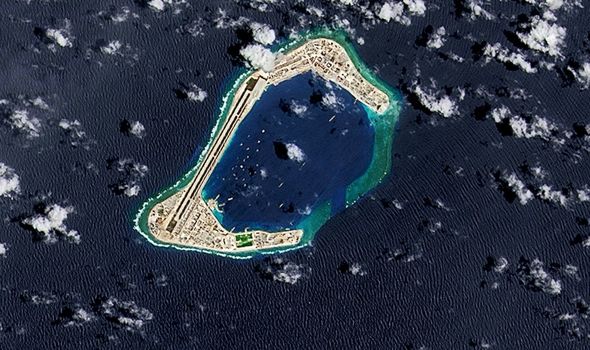 The US, however, was then attacked by China over its hiring of private civilian aircraft which has been used to monitor Beijing’s maritime operations.

South China Sea Probing Initiative (SSCBI), a China-leaning think tank, argued that 150 patrols had been carried out in this secret manner by the US since March.

A report published by the group added: “Compared with the air reconnaissance capabilities of the US Navy and Air Force, the reconnaissance aircraft of private defence companies have greater flexibility in dealing with ‘grey area’ issues, reducing the diplomatic pressure caused by direct military confrontation.

“This also signals that the US will step up its presence in the Indo-Pacific region through a collaboration between the military, coastguard and private security sector.”