An investigation found that incendiary content on the social media platform may have led to the deadly violence. 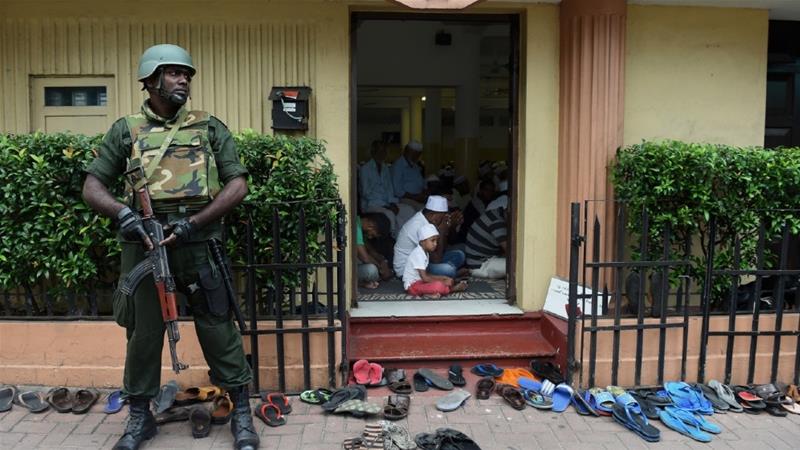 Facebook has apologised for its role in the deadly communal unrest that shook Sri Lanka two years ago after an investigation found that hate speech and rumours spread on the platform may have led to violence against Muslims.

The riots in early 2018 erupted as anti-Muslim anger was whipped up on social media, forcing the Sri Lankan government to impose a state of emergency and block access to Facebook.

The tech giant commissioned a probe into the part it may have played, and investigators said incendiary content on Facebook may have led to violence against Muslims.

“We deplore the misuse of our platform,” Facebook said in a statement to Bloomberg News after the findings were released on Tuesday. “We recognise, and apologise for, the very real human rights impacts that resulted.”

At least three people were killed and 20 injured in the 2018 unrest, during which mosques and Muslim businesses were burned, mainly in the central part of the Sinhalese Buddhist-majority nation.

The hate speech and rumours spread on Facebook “may have led to ‘offline’ violence”, according to Article One, the human rights consultancy hired to conduct the investigation.

The consultants also suggested that before the unrest, Facebook had failed to take down such content, which “resulted in hate speech and other forms of harassment remaining and even spreading” on the platform.

Article One said one civil society organisation had tried to engage with the company on the misuse of Facebook as far back as 2009.

In 2018, officials had said mobs used Facebook to coordinate attacks, and that the platform had “only two resource persons” to review content in Sinhala, the language of Sri Lanka’s ethnic majority whose members were behind the violence.

Facebook has 4.4 million daily active users in Sri Lanka, according to the report by Article One.

The firm said on Tuesday it had taken a number of steps in the last two years to better protect human rights.

“In Sri Lanka … we are reducing the distribution of frequently reshared messages, which are often associated with clickbait and misinformation,” Facebook said in a statement accompanying reports, which also looked at Indonesia and Cambodia.

It said it had also hired more staff, including Sinhala speakers, and started using detection technology to protect vulnerable groups.

Article One also investigated the impact of Facebook’s services – including WhatsApp, Messenger and Instagram – in Indonesia.

It found that in addition to political attacks and attempts to influence elections, vulnerable groups across the sprawling archipelago faced increased risks.

The sharing of images without consent, cyberbullying and sexual exploitation threatened women especially, the consultancy said.

“In some cases, women are blackmailed or even forced into abusive relationships or into situations of rape to avoid the embarrassment of nude photos being made public on Facebook’s platform,” said the report, released at the same time as the findings on Sri Lanka.

“In other cases, Facebook’s platforms have been used to connect customers to sex workers, some of whom may be trafficked.”

Article One said it also “found evidence of online bullying and child sexual exploitation, including online grooming of children” on Facebook’s platforms.

The social media company said that, like in Sri Lanka, it was ramping up efforts to protect its users from harm, including hiring more staff and improving technology to identify hate speech in Indonesian.

Facebook has been rolling out several programmes to prevent misuse after coming under increasing pressure in recent years over a series of privacy scandals, as well as criticism of its slow response to human rights concerns.