Dozens of oil tankers were filmed anchored off the coast of Long Beach in Southern California waiting to unload oil as the coronavirus pandemic has caused a slump in prices and demand. The dreary aerial footage comes as oil prices rose on Friday but still posted a weekly loss, the eighth in nine weeks, as global production cuts could not keep pace with the vcollapse in demand caused by the coronavirus pandemic.

Crude futures rebounded late in the day after US rig count figures showed producers aggressively pulling back on drilling.

Oil marked the third straight week of losses, with Brent ending down 24 percent and US West Texas Intermediate (WTI) off around 7 percent.

Oil trading has been extremely volatile. US prices fell into negative territory on Monday for the first time ever and international benchmark Brent sank to two-decade lows.

Investors have sold oil aggressively since early March as demand collapsed 30 percent due to the pandemic. 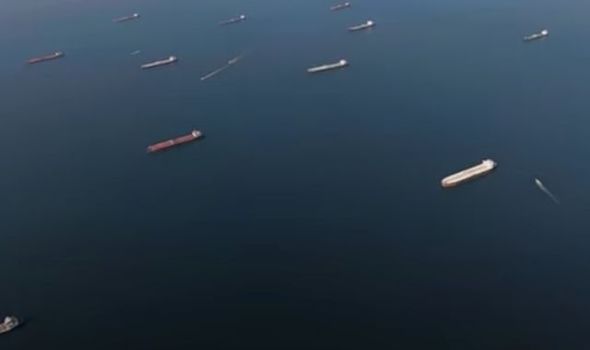 Global oil traders expect demand to fall short of supply for months due to the economic disruption caused by the pandemic.

Producers may not be slashing output quickly or deeply enough to buoy prices.

After trading near unchanged for most of the day, the benchmarks rebounded in the afternoon after energy services firm Baker Hughes Co said producers in April cut the number of active US rigs by the most in a month since 2015. 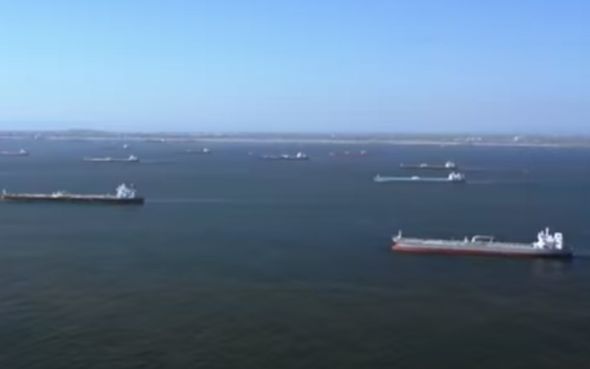 In Canada, drillers slashed the number of oil and natural gas rigs to a record low.

“The rig count was another stunner.

“These are meaningful cuts and they have come at a rapid pace,” Kilduff said.

Storage is quickly filling worldwide, which could necessitate more production cuts, even after the Organisation of the Petroleum Exporting Countries and allies including Russia agreed this month to cut output by 9.7 million bpd.

The global economy may post a record contraction this year.

“Despite the measures taken by OPEC, oil producers in various countries should be aware that they may be called to take more drastic measures,” Diamantino Azevedo, Angola’s resources and petroleum minister, told state news agency ANGOP on Friday.

Angola is a member of OPEC.

Russia plans to halve oil exports from its Baltic and Black Sea ports in May, according to the first loading schedule for crude shipments since it agreed to cut output.