Storm Ida has resulted in a sizeable oil spill in the Gulf of Mexico, the US coastguard has confirmed. 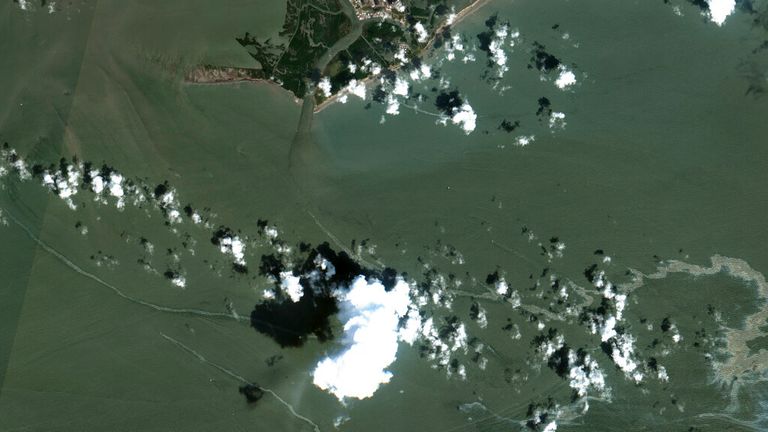 The Houston-based firm confirmed it has employed the non-profit oil spill response team Clean Gulf Associates to clean up the damage, but is disputing responsibility.

It said it had chartered two 95ft (29m) response boats, as well as a lift vessel to allow divers to investigate the cause of the leak.

“Talos will continue to work closely with the US coastguard and other state and federal agencies to identify the source of the release and coordinate a successful response,” it said in a statement. “The company’s top priorities are the safety of all personnel and the protection of the public and environment.”

It comes as a huge clean-up operation begins along the East Coast, with communities along the Rahway River in New Jersey fishing through waterlogged belongings from inside homes and businesses.

The death toll from Ida, has now reached at least 64, with two more confirmed at a care home overwhelmed by flooding in Tangipaho, Louisiana. 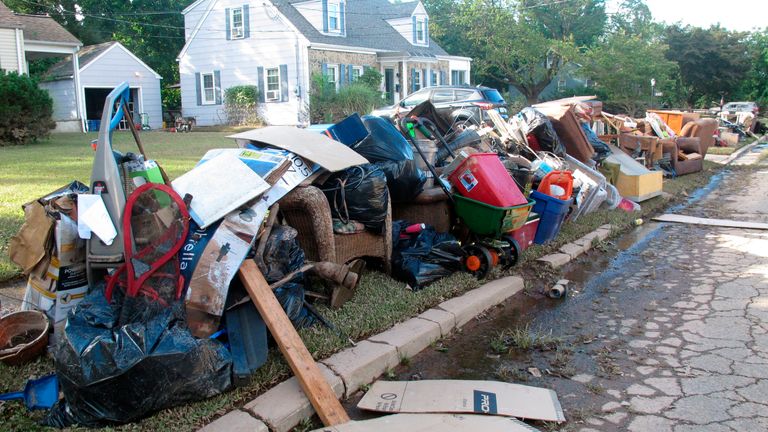 Among the others confirmed to have died are four who suffered carbon monoxide poisoning in Louisiana and two who died when the highway they were on collapsed in Mississippi.

Cars have swept away with people inside and others in New York drowned when their basement apartments flooded.

President Joe Biden visited Louisiana on Saturday and will head to badly-hit communities in New Jersey on Tuesday. 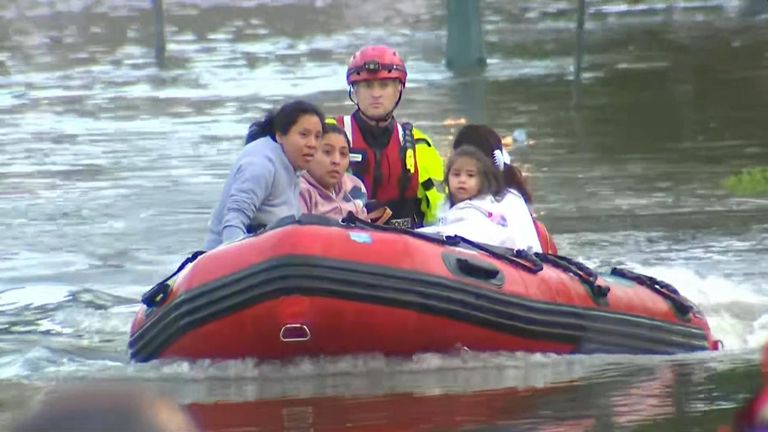 His administration has already distributed $100m (£72m) to those affected in Louisiana alone.

Calling for national unity, he promised to “have your backs until this gets done” and said: “This isn’t about being a Democrat or a Republican. We’re Americans and we’ll get through this together.”