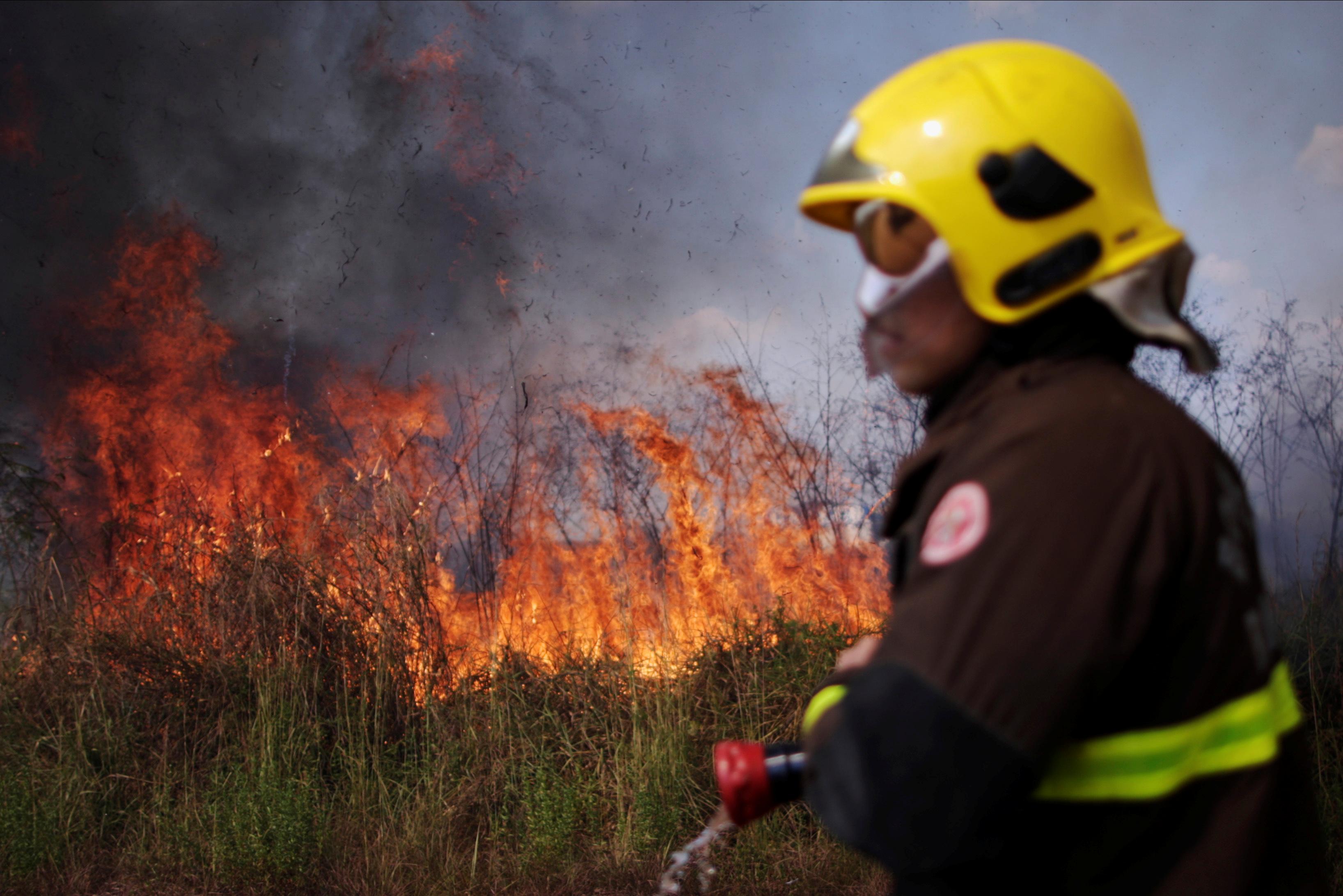 BRASILIA (Reuters) – Flames are tearing through Brazil’s Pantanal, the world’s largest wetland, coming close to the region’s main highway and threatening endangered species, as the area records the most fires in 15 years for the month of August so far.

Brazil’s national space research agency Inpe has registered 3,121 fires in the first 15 days of August, nearly five times higher than the same period a year ago. At the current pace, fires could approach the all-time record for any month since records began in 1998.

“It is extremely difficult to combat, control and combat again a fire with the dimensions that we have seen here in the Pantanal,” said Paulo Barroso, president of the local firefighting committee.

Firefighters in the area worked to douse smoldering earth that was charred black as clouds of smoke billowed hundreds of feet into the air.

Roughly 8,500 square kilometers, or nearly 6% of the Pantanal, has already burned in January to July, according to government data.

The Pantanal is 10 times the size of the Everglades wetlands in the U.S. state of Florida. The region is one of the most biodiverse places on the planet with more than 4,700 plant and animal species, including threatened ones like the jaguar, according to advocacy group WWF.

Most of the largest sanctuary for the blue Hyacinthine Macaw parrots has gone up in flames this year, Brazil’s Folha de S.Paulo newspaper reported.

The region has been suffering from below-average rainfall and higher-than-average temperatures in the past 30 days, according to data provider Refinitiv.

The blazes in the Pantanal come amid rising concerns about fires in the Amazon, its much larger neighbor to the north. Fires spiked in the first few days of August in the Amazon, but were down by 17% for Aug. 1-15, compared with the same period a year ago.