For many in Sweden, life has been close to normal throughout the coronavirus outbreak. 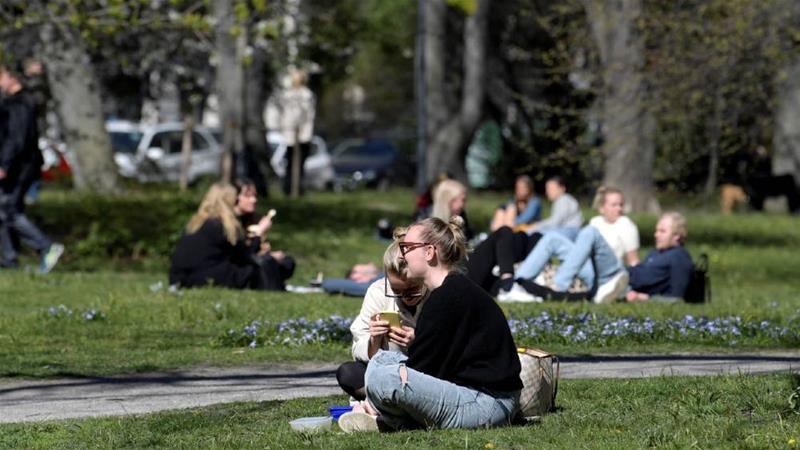 While much of Europe remained in lockdown, students played table tennis and made weekend plans at Kunskapsskolan, one of many Swedish schools kept open in a country that bucked the global trend of severe shutdowns to fight the coronavirus pandemic.

Sweden’s decision to keep schools and businesses open through the crisis has been criticised by some.

But as new COVID-19 cases and deaths show tentative signs of stabilising in the hard-hit capital, Stockholm, officials and members of the public are sizing up the economic and health benefits of avoiding severe restrictions on movement.

That said, the danger from the outbreak is far from over and it is not yet time to ease up, Swedish Prime Minister Stefan Lofven said on Wednesday.

“Don’t think for a second that we have got through this now,” Lofven told reporters at a news conference.

He said the government was not yet planning to loosen restrictions, “on the contrary, the government is ready to take further steps if it were to be needed”, he said.

At Kunskapsskolan, southwest of Stockholm’s city centre, life goes on much as usual. Some of the students at the special needs school suffer from attention deficit disorders, while others live in troubled home environments.

Principal Lisa Norming said it was vital for her students’ health to be able to come to school.

“It means a huge deal,” she said. “It’s about structure and daily routines they need to feel well.”

Swedish authorities have resisted calls to close schools, stressing the need for all measures to be sustainable over time. They have also warned of severe negative effects of a heavy-handed approach, both to the economy and people’s health.

That said, there are guidelines recommending that people wash hands, social distance, work at home where possible and avoid travel over holidays, meaning life in Sweden has been far from normal.

“We are not telling people to stay indoors. I think that’s a very important part of our policy,” said Johan Carlson, head of Sweden’s Public Health Agency.

“On the contrary. People should go out, exercise, get fresh air. It’s good for their physical and mental health.”

Sweden’s strategy is based on voluntary measures to slow the coronavirus outbreak enough to help hospitals cope rather than stop the outbreak in its tracks. So far, there are empty beds at intensive care units.

Still, more than 1,900 people have died of the virus in Sweden, fewer relative to the size of the population than in the United Kingdom, France and Spain but far more than in Denmark and Norway, where authorities have taken a stricter approach.

The country’s disparity from its Nordic neighbours has prompted fierce criticism from some Swedish scientists. Other countries are scrutinising its approach as they seek to open shuttered societies and suffering economies.

A report from Statistics Norway estimated that it cost Norway, with roughly half the population of Sweden, 1.7 billion Norwegian crowns ($160m) per day just to keep schools shut. Costs include parents missing work to tend to children as well as decreased future productivity based on missed education.

“It’s much easier to do the same as everyone else and lock down, but that has lots of costs.”

Despite avoiding lockdown, Sweden’s export-dependent economy has been hit hard and unemployment is seen rising.

The government has launched relief measures worth about 100 billion Swedish kronor ($9.9bn) but still expects the economy to contract four percent this year.

At Lisbeth Janson, a fruit and vegetable store situated in a food court and market hall in central Stockholm, owner Lukas Wojarski has seen a significant drop in customers, but still has enough to keep the business running.

“It’s tough but we are happy that we have customers,” he said. “Had there been a total shutdown of the city we would have gone under.”