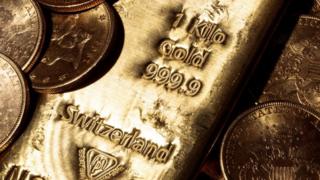 While many of us have left something on a train – a phone, a wallet, headphones – it’s highly unlikely you’ve wandered onto the platform leaving a bagful of gold behind.

Well, one person in the wealthy nation of Switzerland has. And the authorities would quite like to find them.

Efforts are being made to track down the owner of more than 3kg of gold that was left in a carriage last October.

The owner has five years to stake their claim at the prosecutor’s office in Lucerne, an official statement said.

The discovery is only being made public now after efforts to track down the owner were unsuccessful.

It’s unclear how authorities will verify the claims of anyone who comes forward to say the gold is theirs.