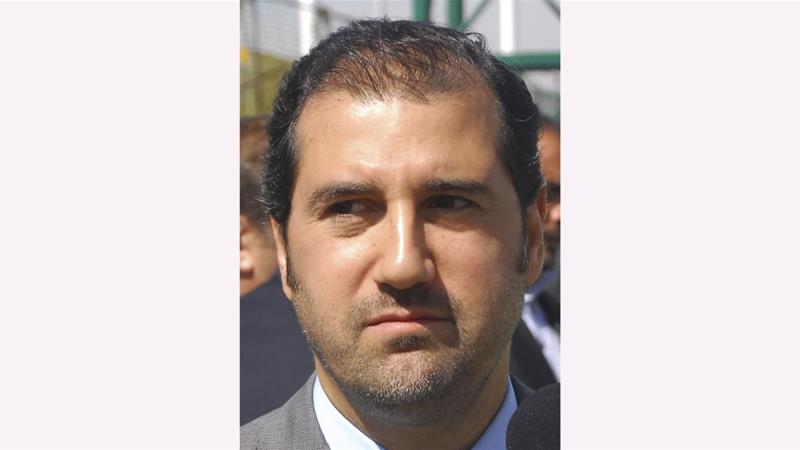 Syria’s justice ministry has announced a travel ban on Rami Makhlouf, a Syrian tycoon and cousin of President Bashar al-Assad, over money it says he likely owes the state.

Makhlouf, the head of Syria’s largest mobile operator Syriatel, has been grappling with the authorities over demands that the firm pay $185m.

Syria’s telecoms authority has threatened to take all necessary measures to recover money it says Syriatel owes for maintaining its operating license.

But Makhlouf has called the claims undue and unjust.

On Thursday, the justice ministry published on its Facebook page a court order “temporarily banning the defendant [Makhlouf] from travelling abroad” until the case is resolved or outstanding payments are made to Syria’s telecom authority.

The document, signed on May 20, said the ban was requested by the telecoms minister and the general manager of Syria’s telecoms authority in a lawsuit they filed against Makhlouf.

“The court finds that it is likely the defendant is indebted in light of the documents presented” by the plaintiffs, it said, justifying its decision to impose the travel ban.

Makhlouf, who also has stakes in electricity, oil and real estate, on Tuesday said the telecoms authority was seizing his assets and those of his family.

He said he had also received notice from the government that he would be “banned from working with the state for five years”.

Responding to measures against him, Makhlouf has launched a series of online attacks against Syrian authorities in recent weeks.

Isolation from centre of power

At the end of April and again in early May, Makhlouf, who had kept a low profile throughout Syria’s nine-year war, said some people in government were out to get him and his company.

Analysts have said that this suggests his growing isolation from the centres of power, including al-Assad himself.

When the finance ministry in December froze the assets of several businessmen over tax evasion and illicit enrichment, the Syrian press said Makhlouf, his wife and companies were among them.

In recent weeks, security services have detained several of Makhlouf’s employees – a move he says is meant to intimidate him into stepping down from his businesses.

According to the United Kingdom-based Syrian Observatory for Human Rights war monitor, dozens of employees from Al-Bustan and Syriatel have been arrested since April.