Nancy Pelosi, the Speaker of the House of Representatives in the US, has defied China’s grave warnings and visited Taiwan. When she landed in Taipe today, Ms Pelosi said: “Our visit reiterates that America stands with Taiwan: a robust, vibrant democracy and our important partner in the Indo-Pacific.” China hit back furiously, warning the US will face “serious consequences”. It also sent fighter jets across the Taiwan strait in a show of military strength and to indicate their anger at the visit.

Speaking to The Globalist podcast today, two experts spoke about the visit and how China and Taiwan’s relationship is deteriorating.

Tomohiko Taniguchi, former adviser to the assassinated former Japanese leader Shinzo Abe, said: “I think it’s an indication that the US is even more alarmed that China is ultimately going to annex Taiwan in a few years.

“Compare it to Ukraine, Taiwan is not a member of the United Nations, it is a ‘non-state state’ so to say, so Taiwan is alone.

“The US must provide assurance to the Taiwanese.”

Bridget Welsh of Nottingham University was also asked whether Ms Pelosi’s visit risked a conflict between the US and China. 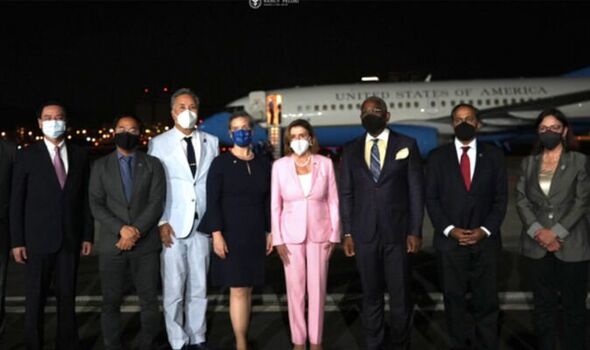 She said: “We can’t be premature and speculate, but the fact that we do see considerable military activity, an escalation in the war of words, these are very worrying signs.

“The worst circumstances are a military confrontation, but I am hoping that cooler heads will prevail. It has been very worrying within the context of security in the region.

“It really showcases the greater aggression of China in terms of asserting itself in Asia more broadly.”

As Ms Pelosi stops off in Taiwan, why does this make China so angry?

In 1979, Washington agreed to recognise the ‘One China’ policy, which means there is just one Chinese government.

This ensures the US only has formal ties with China, not Taiwan. 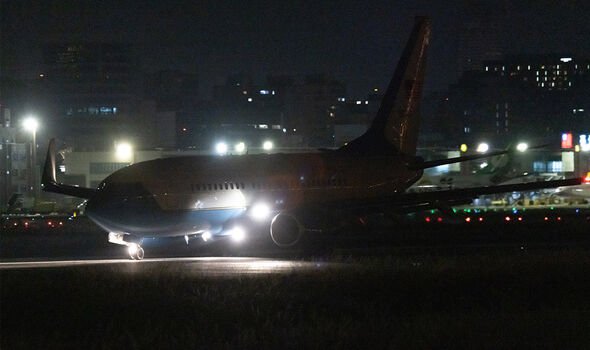 Despite this, US leaders have always vowed to defend Taiwan should the country need help.

China sees Taiwan as one of its own provinces – while the island has not declared independence, it has always tried to govern itself without interference from Beijing.

Due to Chinese sabre-rattling, many in Taiwan and the US fear that the island could be invaded by China’s military.

In May, US President Joe Biden vowed to support Taiwan in the event that the country was invaded, adding that was the “commitment we made”.

The UK has also voiced support for Taiwan – in June, Foreign Secretary and frontrunner to become next Prime Minister, Liz Truss, said an invasion would be “a catastrophic miscalculation”. 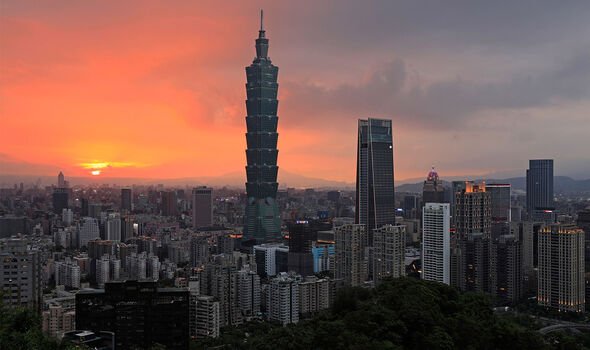 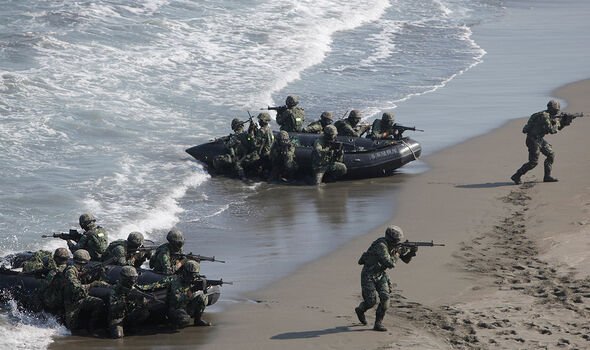 Speaking at a NATO summit in Madrid, she said: “I do think that with China extending its influence through economic coercion and building a capable military, there is a real risk that they draw the wrong idea that results in a catastrophic miscalculation such as invading Taiwan.”

Taiwan is preparing for the worst case scenario, as shown by local media reports this week.

The Taiwanese National Defence Ministry is said to have briefed its air defences that it needs to “prepare for war”, CNN reported.

Russia’s invasion of Ukraine will have also concerned the country.

Last month, Director of the CIA Bill Burns said China will also be looking at the war in Europe closely.

Mr Burns said: “The risks of that become higher, it seems to us, the further into this decade that you get.