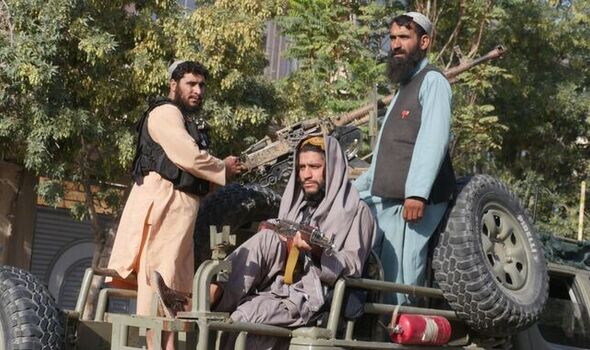 The Taliban regime have carried out the first public execution since they returned to power in Afghanistan.

As football fans filled grounds in Qatar for the World Cup, in Afghanistan the Taliban filled a stadium with high-ranking officials to watch a person being killed.

Hundreds are thought to have packed the sports facility in Farah province to witness the medieval spectacle being carried out.

The Islamic fundamentalist regime issued a statement on Twitter saying the victim was a man called Taj Mir, from Herat province, who was sentenced for murder.

The execution, carried out with an assault rifle by the victim’s father according to Zabihullah Mujahid, the top Taliban government spokesman. Some officials came from the capital Kabul.

The decision to carry out the punishment was “made very carefully,” Mujahid said, following approval by three of the country’s highest courts and the Taliban supreme leader, Mullah Haibatullah Akhundzada.

Human rights organisation Amnesty International have expressed dismay at the re-emergence of public executions in a country.

Dinushika Dissanayake, Amnesty International’s Deputy Regional Director for South Asia, said: “The deplorable return of public executions in Afghanistan is the latest phase in Taliban’s alarming abuse of human rights in the country.

“Carrying out executions in public adds to the already cruel, inhuman and degrading nature of the death penalty and can only have a dehumanising effect on the victim and a brutalising effect on those who witness the execution.

“Such public displays of killing perpetuate a culture of acceptance of violence, rather than a belief in justice.

“All executions violate the right to life. Those carried out publicly are a gross affront to human dignity which cannot be tolerated. This retrograde step by the Taliban is a major step back for human rights.”

According to UN human rights experts, executions in public serve no legitimate purpose and only increase the cruel, inhuman and degrading nature of this punishment.

During the previous Taliban rule of the country in the late 1990s, the group carried out public executions, floggings and stoning of those convicted of crimes in Taliban courts.

After they overran Afghanistan in 2021, in the final weeks of the U.S. and NATO forces’ pullout from the country after 20 years of war, the Taliban had initially promised to allow for women’s and minority rights.

Instead, they have restricted rights and freedoms, including imposing a ban on girl’s education beyond the sixth grade. They have also carried out public lashings across different provinces, punishing several men and women accused of theft, adultery or running away from home.

The former insurgents have struggled in their transition from warfare to governing amid an economic downturn and the international community’s withholding of official recognition.

Taliban rule has also heavily affected the rights of women in the country, although an announcment today from the Taliban said Afghan girls would be able to take exams, even though they have been banned from classrooms since the former insurgents took over the country last year.

According to two documents from the Taliban ministry of education, obtained by The Associated Press, the decision applies to 31 out of Afghanistan’s 34 provinces where the winter school break starts in late December.

Ehsanullah Kitab, head of the Kabul education department, said the exams would take place on Wednesday. He provided no other details and it was not clear how many teenage girls would be able to take the exam.