MADRID (Reuters) – Relieved Spanish parents welcomed on Wednesday a decision allowing children out on short walks for the first time in more than a month as the government voted to extend Spain’s lockdown until May 9. 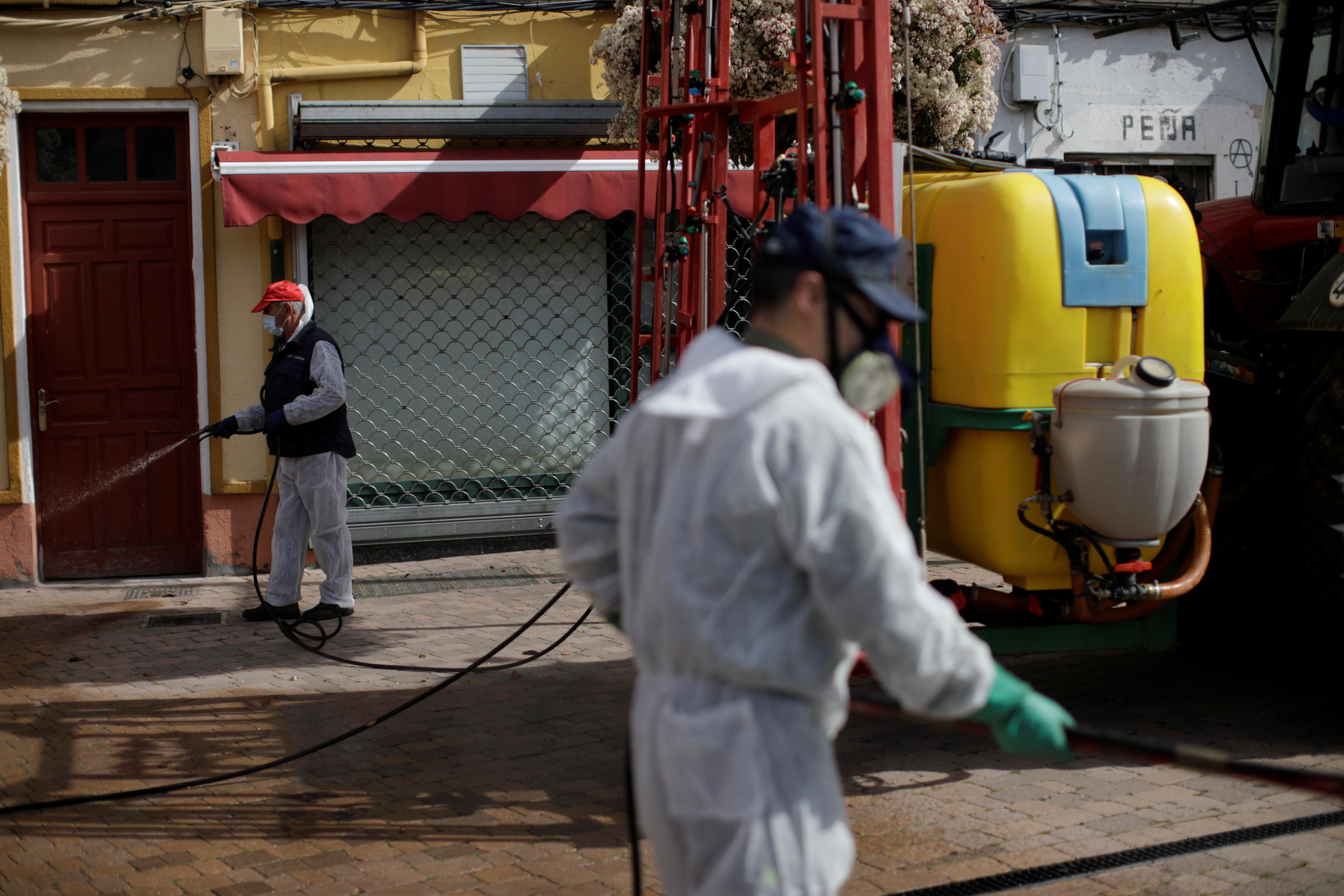 With Europe’s second highest death toll of 21,717 and the world’s second most infections at 208,389, Spain’s tough restrictions have included a controversial ban on children leaving their homes since mid-March.

However, on Tuesday night, the government bowed to public pressure – including pot-banging protests on balconies – and said those under 14 would be able to take short walks outside under supervision from the weekend.

Parents welcomed the concession, though it came late for some, after nearly six weeks cooped up at home.

“The escalation of anxiety, tantrums, irascible behaviour… have been in crescendo,” said Dr Iban Onandia, 35, a neuropsychologist in the Basque province of Bizkaia.

Youngsters have paid an “indecent” price during the lockdown, added the father of two children, aged four and two.

Ramon Motta, a Madrid-based maitre d’hotel with two daughters Carla, 11 and Ariadna, 8, resorted to setting up a tent in their fifth-floor apartment to keep them entertained.

“We have Disney +, Netflix and videogames, but you don’t want your kids spending five-six-seven hours in front of a screen, yet at the same time there’s not much else to do,” he said.

“After such a long time locked in, kids and parents start losing patience pretty quickly. A couple of times Carla went into a tantrum.”

Children under 14 will be allowed outside between 8 a.m. and 10 p.m. for up to one hour a day and must be accompanied by an adult with whom they live, according to a provisional government document seen by La Sexta television.

Children can “run, jump and exercise” but will not be allowed to use play parks and must respect social distancing rules, says the document, which is still under debate and could change.

As his left-wing coalition marked 100 days in office, Prime Minister Pedro Sanchez sought parliamentary approval to prolong a state of emergency until May 9 – the third such extension.

With the epidemic seemingly past its peak, the lockdown could start to be phased out towards the end of May, though measures will be eased gradually, he told lawmakers.

A slowdown in infections and deaths has Spaniards optimistic their nightmare may be easing. The official tally, however, fails to account for those who were more than likely killed by the virus but never tested.

The Madrid region on Wednesday released its own tally, showing 4,275 extra deaths confirmed or suspected as COVID-19, or 56% more than health ministry data. Nearly 4,000 of these were care home residents.

Nevertheless, officials were increasingly focused on restarting the flagging economy.

In another sign of nascent recovery, carmaker Volkswagen’s (VOWG_p.DE) Spanish unit SEAT, which employs around 15,000 people, said it plans to resume production from April 27, though with 3,000 coronavirus tests a week on its workforce.

Nissan also said on Wednesday it would restart production in Barcelona from May 4.

Spain was set to receive the highest level of orders ever for a euro zone bond sale – 15 billion euros ($16.3 billion) – as debt for stimulus programmes drew high demand. 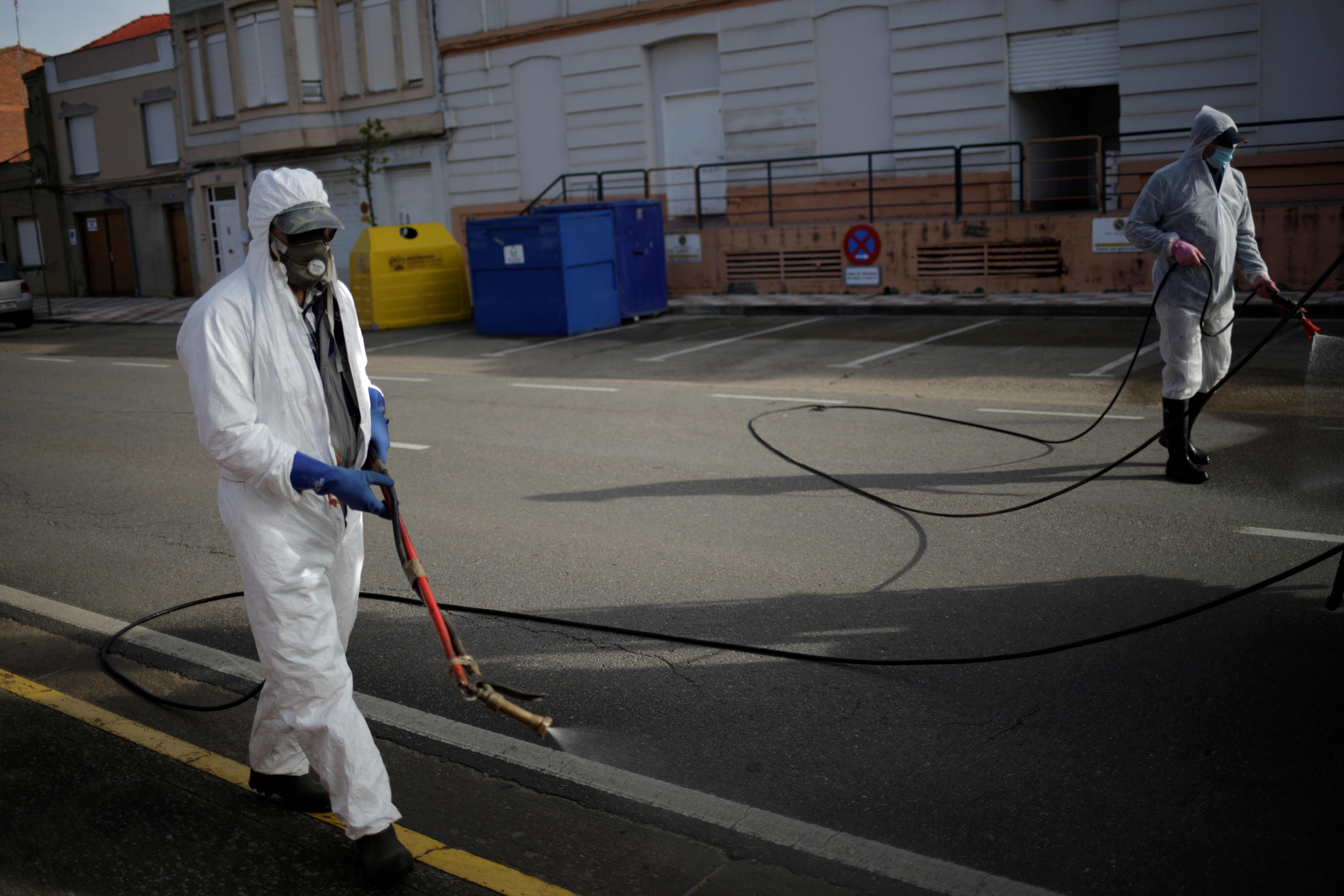 But in a blow to tourism, authorities in the Valencian town of Bunol postponed the 75th annual “Tomatina” festival, where thousands meet in August to pelt each other with fresh tomatoes.

It was the first cancellation since 1957.

On Tuesday, the San Fermin bull-running fiesta in Pamplona was also suspended, for the first time in four decades.