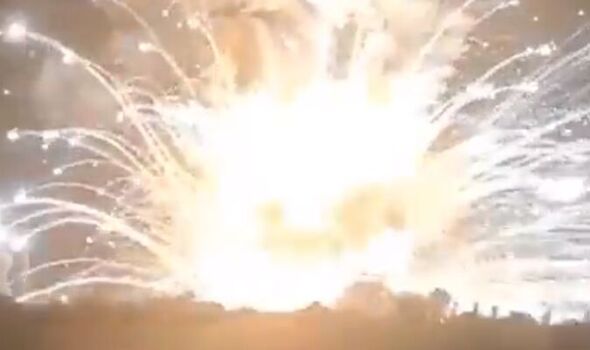 Russian troops have stepped up their offensive on the region after capturing neighbouring Lushansk Oblast, prompting a fierce response from Volodymyr Zelensky’s defence. Images emerging on social media show Russian military warehouses in the occupied area of Snezhnoye, Donetsk exploding into a fireball.

It is one of a number of Russian ammo depots to be hit by intense shelling in recent days.

Local reports indicate a US-made High Mobility Artillery Rocket System (HIMARS) – multiple large rockets launched from the back of a five-ton truck – were used in the attack.

Footage of the explosion shows detonating ammunition within the enormous smoke cloud.