Tu Nguyen gave up a sought-after job in a mission to help young people in Vietnam better understand sex and sexuality. 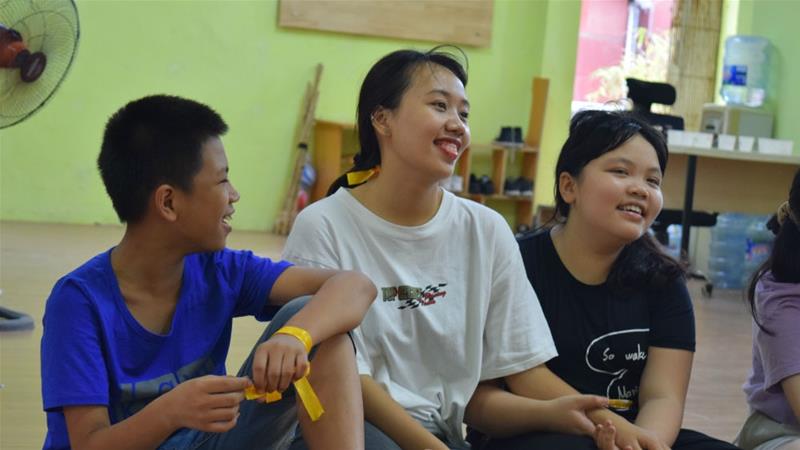 Tu Nguyen never had a formal sex education (sex-ed) class at his school in Hanoi, nor was he trained as an educator on the subject, but he and his team have set out to change the face of sex-ed in Vietnam.

Tu, Linh Hoang, Thu Ha and Ngoc Nguyen cofounded startup WeGrow Edu (WE) in their early 20s with the ambitious goal of empowering children and young people from the ages of five to 24 to better understand sex and sexuality.

“We especially focus on students from grade 1 to 12. This is when they need the company of an organisation like ours and their families. Currently, schools don’t have really a sex-ed [teaching] model that can actually work and benefit them,” Tu said.

Students at WE learn how to build healthy relationships and protect their bodies. Each lesson reinforces the validity of their self-identity and their freedom to make their own choices, with a message of gender equality woven throughout.

Sex-ed in Vietnam is based on abstinence and remains a sensitive issue in a country with one of the highest rates of abortion in the world, according to World Health Organization (WHO) data.

“Vietnamese adolescents and young people [typically] have sex for the first time at 16 or 17 years old, much later than their European peers, yet there are more unwanted pregnancies and abortions among them than in many European countries,” said Dr Tu Anh Hoang, cofounder and director of the Hanoi-based Center for Creative Initiatives in Health and Population (CCIHP).

She says while Vietnam has become more open with reproductive and sexual health in the last five years with some schools incorporating sex-ed into biology and life skills classes, gaps remain.

“[The education] is not comprehensive and I think it’s a problem,” Dr Tu Anh said. 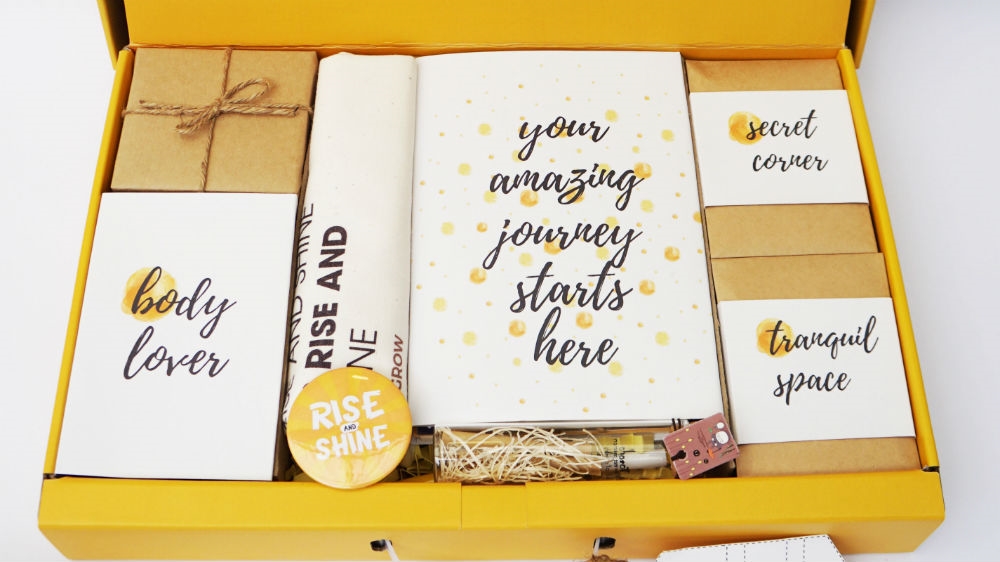 She compares sex-ed teaching in Vietnam with eating “instant noodles”- a speedy solution with only short-term benefits – noting that many schools rely on one or two sessions with an expert instead of building an entire curriculum on the subject.

Sex-ed is also built around the idea of abstinence, the researcher in gender, sexuality and HIV pointed out.

“Sex-ed was first incorporated in policies and education programmes based on concerns over unwanted pregnancies, abortions and HIV,” she said.

Tu and Linh gave up full-time jobs, a dream for most new graduates, to set up WeGrow Edu, while Ngoc and Thu, still in their third year of university, have to balance their time between study and startup.

The youth-led Vietnam Organization for Gender Equality (also founded by Linh in 2016) provided the seed for the four founders’ new project, germinating many of the ideas that would eventually lead to WeGrow Edu.

Using frameworks designed by the non-profit, Sexuality Information and Education Council of the United States (SIECUS), each comprehensive sex-ed course comprises 10 sessions that include parents and stretch over one month.

While the coronavirus pandemic halted class activities amid the months-long school suspension in Vietnam, WE still managed to get to people’s homes through their Rise and Shine gift box. There are several different variations of the box, designed for different age groups, but all have five segments containing 30 items which provide a guided learning experience.

The secret corner is where students learn about things which parents and teachers might deem sensitive, Tu explains.

“For teens (12-15), they learn about contraceptive methods like condoms, pregnancy test sticks, menstruation pads, and a general explainer on LGBT issues. For kids (8-11), the secret corner teaches them about sexual violation, how to defend themselves, the boundary of intimacy, and the concept of LGBT (lesbian, gay, bisexual, and transgender),” he said.

Tu highlights the importance of children trusting in parents, enabling a sound understanding and application of their knowledge when it comes to sex, their sexualities, bodies and self-identities – so the box includes a separate activity for parents and children to complete together.

But gaining access to Vietnamese schools as crusaders for sex-ed was not easy especially since the group’s teaching philosophy contrasts starkly with the abstinence-based approach of traditional Vietnamese educators and parents. The four needed to find connections to score a meeting with school leaders, deliver a series of presentations about their curriculum, and then proceed to provide free demo classes to dozens of students before schools would make a decision.

“The challenge is to gain trust in teachers,” Tu said.

“Our team is too young and our background isn’t youth education. We didn’t have much startup experience, so we had to learn a lot of things, there were also many trials and errors.”

Linh, one of the cofounders, highlights a formidable foe to their business: The lack of trained sex-ed teachers in Vietnam.

“That’s because there is no one training people in this (sex-ed) in our country, so we have to train our staff and make sure they are qualified.”

One of their upcoming projects, which aims to engage 100 high school student leaders and incubate 15 gender equality initiatives around Hanoi to lead the gender equality movement, won funding from the US Department of State last month. Tu declined to reveal the amount of the award.

“The team members, although young, are already dedicated community leaders who have been working for years in the area of gender equality, so we knew they could successfully implement this project,” Rachael Chen, a spokesperson for the US embassy in Hanoi told Al Jazeera.

One of the team’s major successes was a contract with Vinschool, a K-12 private school owned by Vingroup, Vietnam’s largest conglomerate, to co-author a sex-ed curriculum. The programme has been in use in its 32 campuses since September.

While avoiding unwanted pregnancies is the government’s chief motivation in providing sex-ed, parents are more concerned about sexual abuse and violence. 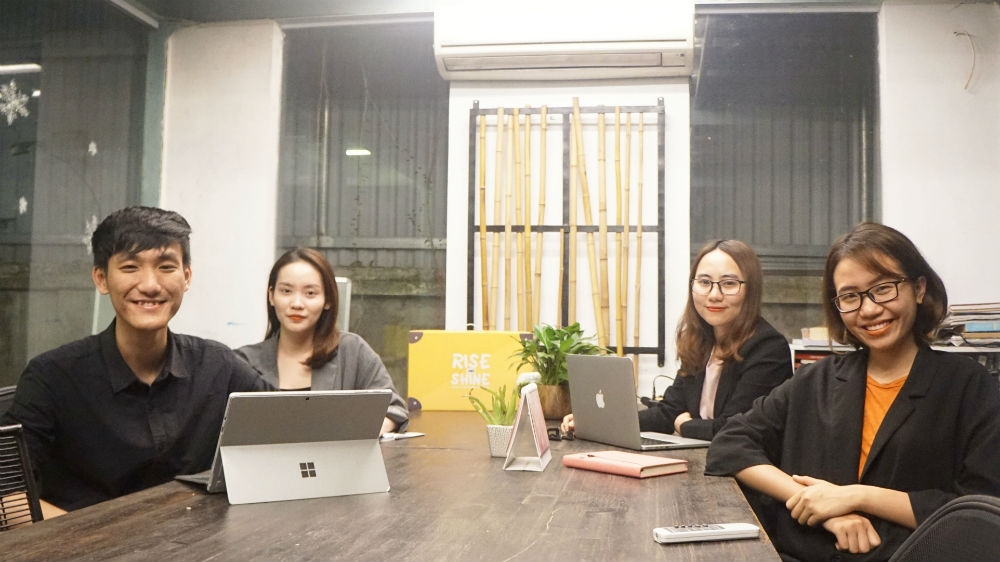 Last year, many Vietnamese were enraged by reports of the sexual harassment of young women and underage students, which exposed Vietnam’s feeble legal enforcement for sexual assault and protection.

A report published by Human Rights Watch (HRW) in February said Vietnam’s sex-ed policies and practices did not meet international standards, and noted that it did not include mandatory discussion of sexual orientation or gender identity, including LGBT issues.

Last November, the Ministry of Education and Training officially approved a guideline for teachers from kindergarten to grade 12 to adopt comprehensive sex and sexuality education in their curriculums.

But because there are so few teachers skilled in the subject the ministry has had to draft separate training materials too, according to Dr Tu Anh.

“To be able to teach sex-ed necessitates not just knowledge but also the right awareness and attitude. One can’t teach sex and sexual rights and still refer to them as bad, taboo, and harmful,” she said.

The founders of WeGrow Edu are under no illusions about the challenges ahead, which is why it favours an inclusive and system-wide approach to an often sensitive subject.

“There is no one single solution that can address a systematic problem. Schools can put all their energy in teaching the subject [sex-ed] but if parents still force girls to wash the dishes because they are girls when they come home then all efforts will be for nothing. That’s why WE tries to incorporate every actor in students’ life as much as we can, step by step,” Linh said.