Home » World News » The other big stories eclipsed by coronavirus 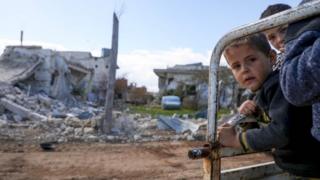 Over the past few months, the coronavirus pandemic has sucked up all the oxygen of the news cycle. There hasn’t been an event like it in our lifetimes.

But this isn’t to say that it’s the only important thing happening in the world right now. So what’s going on elsewhere – and what happened to some of the other big news stories of the year?

For about three years you hardly heard about anything else in the UK. Now, of course, the focus is on the coronavirus pandemic. Despite Prime Minister Boris Johnson requiring hospital treatment after contracting Covid-19 and the European Union and UK chief negotiators only recently coming out of coronavirus quarantine, Downing Street insists it will stick to its original timetable.

The UK formally left the European Union on 31 January. But we are now in a transition period up to 31 December, during which the UK is still treated pretty much as an EU member while negotiations continue.

Britain’s government says an EU-UK trade deal must be in place by the last day of the year. But even if not, the UK won’t prolong the transition period beyond that deadline. 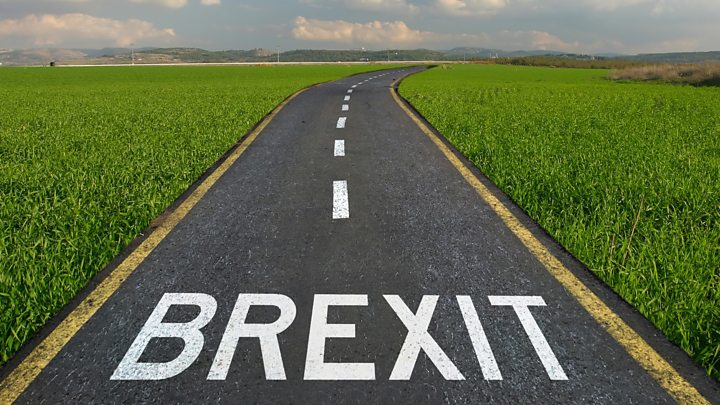 The idea behind the transition period was to minimise disruption caused to business and travel between the UK and the EU. It can be extended by a year or two – which the EU thinks would be a sensible move under the circumstances.

There has only been one round of EU-UK trade negotiations so far. They restart this week via video conference and both sides say they’ll do their best to make good and speedy progress. But time is slipping away.

Brussels also asks whether UK and EU businesses – already struggling with the upheaval caused by the coronavirus – need another big change come the end of this year. But whatever they think, EU leaders won’t formally ask the UK for an extension. The tight timetable was decided by Boris Johnson, they say. A decision to delay – if there is one – must come from London.

A ceasefire few expected to last is holding in Idlib, for now, as the last rebel-held area in northwest Syria braces for the expected onslaught of the deadly coronavirus.

“People are breathing for the time being, and that can be viewed as a side effect of the pandemic,” says Hassan Hassan of the Center for Global Policy. “The ceasefire is hanging by a thread, but it’s hanging nonetheless.”

The 5 March truce agreed by Russia and Turkey halted a dangerous escalation after Ankara sent thousands of its troops across the border to try to halt a Syrian offensive to retake this last province lost in nine punishing years of war.

But Idlib’s breathing space is also fraught with fear of this new enemy. The province’s health system has been decimated by fighting, including the blistering air campaign by Russian and Syrian warplanes. Nearly a million displaced people, sheltering inside flimsy tents, or on open ground, have few defences against the powerful Covid-19.

“There’s a humanitarian and political imperative… for a complete, immediate nationwide ceasefire throughout Syria,” said UN Special Envoy to Syria, Geir Pedersen, in his recent briefing to the UN Security Council.

Turkey and Russia, who back opposing sides, now call the shots.

“I don’t think Turkey or Russia believe this ceasefire will hold for a long time,” says Dareen Khalifa, Senior Analyst with the International Crisis Group. “It left key issues unresolved.”

That includes the future of the jihadist group Hayat Tahir al-Sham (HTS), which dominates Idlib.

The HTS, sceptical of this truce, is said to be regrouping. The Syrian and Turkish armies are also taking advantage of this pause to reinforce in preparation for the next round of battle.

It may be just a matter of time – but now, it seems, is not the time.

For nearly a month, the race among Democrats to see who would take on US President Donald Trump in the general election was in deep freeze. Former Vice-President Joe Biden had a commanding lead in the primaries, but self-professed democratic socialist Bernie Sanders – once considered the front-runner – was unwilling to concede.

Meanwhile, state after state postponed their primary votes because of the coronavirus pandemic. Both candidates cancelled all public events and only issued video statements and conducted interviews from their homes.

That changed on Wednesday, as Sanders suspended his campaign, all but ensuring that in November American voters will choose between Trump and Biden. 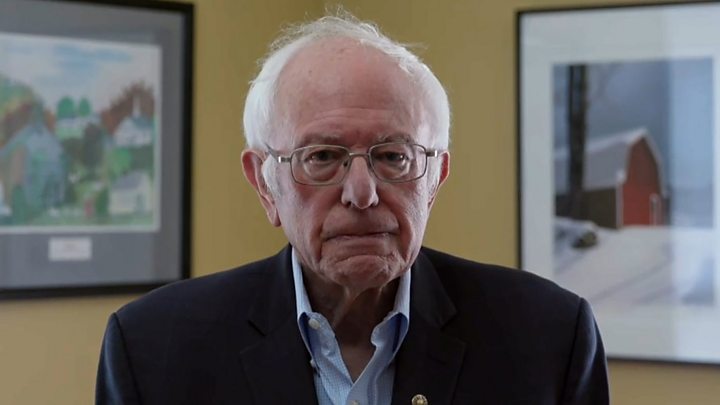 Exactly when – and how – the two candidates will be formally nominated by their parties is in some doubt, however. The Democrats have already moved their national convention from mid-July to August in the hope that a gathering of thousands of activists, officials and party faithful will then be possible, both from a health and logistical standpoint. But that new date, along with the Republican convention set for the end of August, still seems questionable.

As for the race itself, Trump has seen a slight bump in his poll standings since the pandemic began, perhaps due to his ubiquitous television presence in daily afternoon White House press conferences.

Biden still holds a slight advantage in head-to-head matchups, however, suggesting the race is destined to be close. But there’s no telling what the national mood will be in a few weeks, let alone when the November voting day arrives.

The conflict in Yemen, which entered its sixth year in March, has long been labelled the world’s forgotten war. With the past few weeks seeing yet another spike in the fighting, and as the world’s attention is firmly fixed elsewhere, Yemen’s war has felt more forgotten than ever.

Two weeks ago, attacks on cities in Saudi Arabia, claimed by Houthi rebels, led to a series of retaliatory airstrikes on Northern Yemen by the Saudi-led coalition.

It isn’t just the fighting that Yemen’s civilians are having to endure. I remember reporting on the cholera epidemic in 2016, and memories of the country’s inability to respond to the spread of the disease are still fresh in my mind. It was heart-breaking to watch as people who had contracted the disease found they had no hospital to turn to. 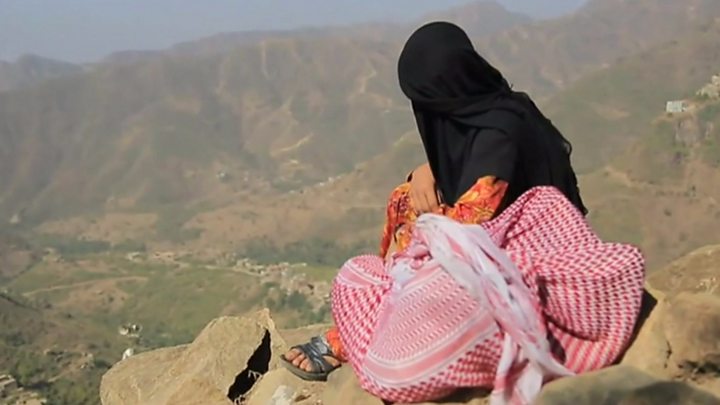 That Yemen is now facing the threat of a new ruthless disease, one which requires hospital beds and ventilators the country doesn’t have, is a terrifying prospect.

The announcement of a ceasefire this week will be welcome news for most Yemenis, but the heavy toll of the past half-decade means that even if the war was to end today, it would take decades for the country to recover. Six years of bombings and destruction have resulted in what the UN has called “the world’s worst humanitarian crisis”.

The scale, severity and complexity of the country’s needs are staggering. The war has deeply fractured Yemen’s economy and reduced its public institutions, its infrastructure and its health system to rubble. Eighty per cent of the entire population require external aid just to survive. And yet, the UN announced this week that it was decreasing its operations in the country, citing lack of funding.

As the spectre of Covid-19 looms larger, people across Yemen, fully aware that their country simply won’t be able to cope against the impending threat, are bracing themselves.

In early November, the New South Wales government announced a state of emergency and issued the first catastrophic fire warning since the rating was put in place 10 years ago.

Record-breaking heat, strong winds and the relentless drought – which lasted for at least three years in some areas – fuelled the bushfires. The blazes left 11 million hectares scorched and more than 2,000 properties destroyed. Australia’s wildlife was decimated. One billion animals were lost and pictures of burned koalas and kangaroos made global headlines. 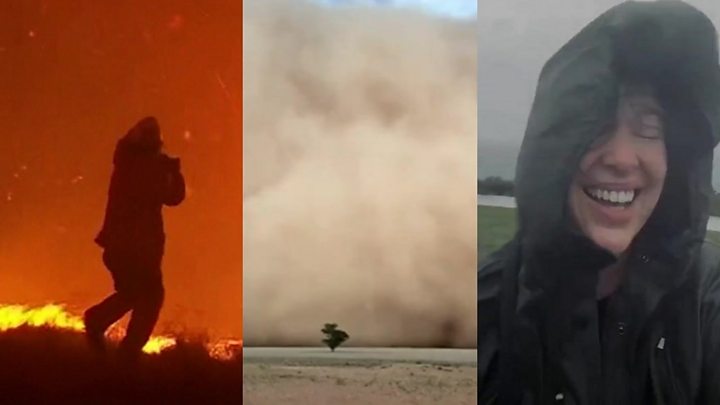 The controversy and anger towards the prime minister and the way he handled the crisis and his approach to climate change were as much a part of the story as the fires themselves.

Eventually the rain came, flooding some areas while ending years of drought in others. There was enough rain to put out most of the fires until they were all under control. It was a huge reprieve for the volunteer firefighters who had not stopped working for months and were exhausted.

On 31 March, the New South Wales Rural Fire Service announced the official end of the most destructive bushfire season the state and the country has experienced. Although the fires are out, the damage is still there. The bushfires had a catastrophic impact on the economy – especially in the tourism sector.

Many communities have been trying to rebuild, but it’s been a slow and difficult process, now made more difficult by the fact everything is on hold because of Covid-19. Many families are worried that with the government now turning their full attention to tackling the virus, their own losses and struggles will be forgotten.