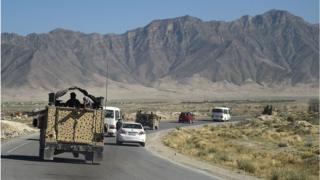 President Donald Trump’s latest controversy is a complicated story, involving both the Kremlin and the Taliban. Here are the basics you need to know.

The controversy centres on allegations that Russia was offering money to the Taliban for killing US troops last year, and that the White House was informed about this intelligence but took no action.

US media outlets say there is evidence a Russian military intelligence unit put out the alleged bounties on US soldiers last year – and the president was briefed about the matter. The New York Times also reports that militants are believed to have collected money from Russia as a result of successful attacks, but it’s not clear which troop deaths are under suspicion.

President Trump says he was never briefed and it’s all a hoax.

Russia denies the claims and calls the reports fake news.

The Taliban rejects the allegation it took Russian cash to attack US soldiers.

Should Trump have known about this?

The White House has said there is still debate over how credible these reports are in the intelligence community, but it appears some senior officials knew about these allegations.

Intelligence reports can make it to the president even if they’re unconfirmed – which they often are – and this one was also reportedly shared with allies, including the UK.

Why does it matter now?

It’s destabilising as the US and Taliban are in the midst of negotiating a peace deal to end the 19-year war in Afghanistan.

Why would Russia do this?

Experts say the tactic fits with Russia’s goal of weakening America’s global influence. It also wants to back the Taliban as it sees it as a possible bulwark against Islamist fundamentalism.