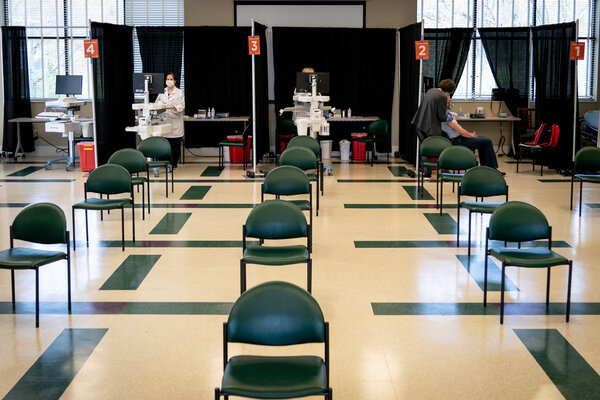 Almost half of Americans have received at least one dose of a Covid-19 vaccine. But the U.S. vaccination story varies widely across regions, with New England surging ahead of the national average, while much of the South is lagging far behind.

In five of the six New England states, over 60 percent of residents are at least partly vaccinated, according to data from the Centers for Disease Control and Prevention. It’s a different story in the South, where Mississippi, Alabama, Arkansas, Georgia, Louisiana and Tennessee have the country’s lowest rates of residents who have received at least one shot. The rates in those states are all below 40 percent, with Mississippi, at 33 percent, at the bottom of the list.

The White House and state governments, after relying on mass vaccination sites for months, are turning their focus to more targeted, smaller-scale efforts to vaccinate underserved, harder-to-reach communities.

“This next phase of the vaccination campaign was — will be driven, more than anything, by the people and organizations and communities who help to vaccinate their families, their friends and others in their neighborhoods,” Dr. Vivek Murthy, the surgeon general, said on Friday during a White House news conference. “It’s why we’ve been saying that addressing access, motivation and vaccine confidence requires an all-hands-on-deck approach.”

That strategy has been employed by Dr. John B. Waits, the chief executive of Cahaba Medical Care, which has 17 clinics in underserved communities in Alabama.