Home » World News » ‘There were blood smears on the walls’: Belarus protesters traumatised by brutal treatment at infamous prison

Shortly after a group of rain-sodden protesters decided to call it a day on Wednesday last week, a collection of men dressed in peculiarly similar clothing peeled off down a side street.

All carried compact umbrellas and man-bags, a 90s relic in countries of the ex-Soviet space. Close-cropped hair, short-sleeved shirts, a shifty, self-conscious gait – aware of who’s around, who’s watching.

Hard to believe they were not a plain-clothes unit coming off the job en masse, presumably with names and photos after a stint spent monitoring the crowds. 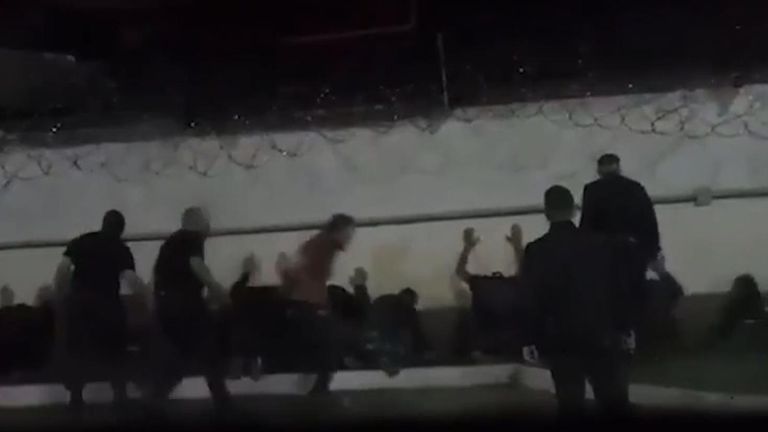 In Belarus, the secret service is called the KGB. The fact it is still known by its Soviet name is a mark of how anachronistic the Belarusian regime is.

Protesters may make it home safely after one of the daily rallies but that’s not to say their presence has not been noted.

On Saturday, the body of a 28-year-old man who was reported missing after a rally was found in a forest with signs of beating.

The director of a military history museum who had refused to endorse an election protocol declaring Alexander Lukashenko the winner was found dead a few days earlier.

Belarusians have grown up knowing their security services are monitoring.

But the country was taken aback by the brutality of police and prison guards meted out on so many of the 7,000 detained in the days after the contested election results.

“I guess if we analyse the 26 years of our state actually being a police state then we can understand why it happened,” says 33-year-old Alyona Sherbinskaya. “But I was shocked to realise they could do such things to us”.

If this protest movement was inspired and led by women, they were not spared.

We meet Ms Sherbinskaya outside the hospital where she’s spent the last week. She was beaten by a female prison guard at the now infamous Okrestina prison and is recovering from internal abdominal and bladder injuries. 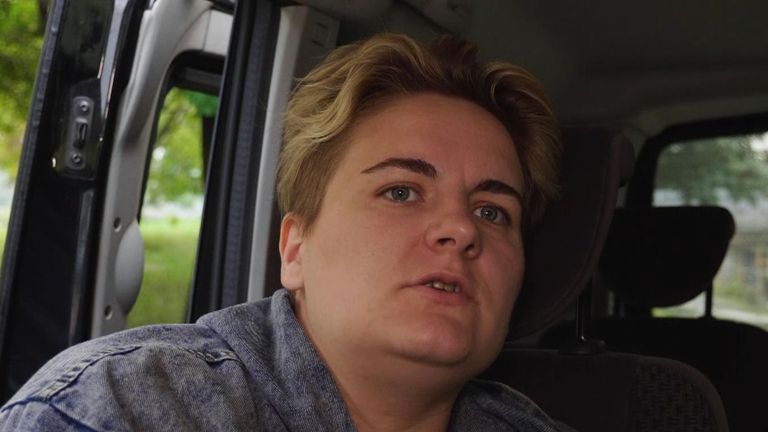 She says the women were lined up and kicked in the legs and the stomach. But it was the torture of the men that she was forced to bear witness to that stays with her.

“There were around 20 men, completely naked, on their knees with their hands behind their backs. There were spatters of blood all over the floor and blood smears on the walls,” she said.

What she heard each night was taped by anxious relatives outside the walls of the Okrestina prison.

The audio recordings spread across social media – a soundtrack to the nation’s trauma.

Protesters at rallies in Minsk have held up photos of the hideous bruises inflicted by police batons to try and hold their president to account. He claims that the majority of images spread on social media are staged.

Mary did not want to give us her last name in case of repercussions. She was picked up off the street on the first night of protest and spent five days at Okrestina. At one point, she says, there were 36 women in a cell for four people.

“You sit 36 people in the room – no air, no food, no basic hygiene – things like toilet paper. They threw water at us. We couldn’t sleep because the light was always on and the water meant you couldn’t sleep on the floor.

“So when people say were you tortured, I say – okay, they didn’t put needles under our nails but what do you call that?”

President Lukashenko has long tried to blame domestic unrest on foreign powers. He’ll pick his alleged culprits depending on whose help he needs most at any given time.

Prior to the election he accused his opponents of being funded by Russia; now after a series of desperate telephone calls to the Kremlin it appears it is NATO and the West who are the bogeymen du jour.

That message seems to have stuck with his security personnel. Mary says she was amazed at the extent to which they believed the narrative of external interference.

“We kept hearing one thing over and over again. That we were paid, that we were Western agents who will betray our country for €50, they were sure that each and every one of us had €50 in our front pocket. And they also constantly kept saying – you girls, you should stay at home and cook borsch, bake cakes. Why do you dare take part in this?”

In geo-political terms, the protesters on the streets of Belarus are patently non-partisan. Their beef is not with the Kremlin nor their desire to align themselves closer with the West.

It is simply to rid themselves of a dictator who has lost all legitimacy in their eyes after 26 years in the job and an election whose results were transparently falsified.

The question is whether the power of fear and brute force will subdue what is an entirely peaceful protest movement.

Last week the mood was fairly muted – a combination of bad weather and a coming to terms with the stories emerging from the detention centres.

Sunday’s huge ‘march for a new Belarus’ put paid to the notion that the momentum had left the streets altogether but Mr Lukashenko seems to have no problem setting the stage at least for direct confrontation.

Why else decide to show himself in full riot gear carrying an assault rifle at the end of Sunday’s rally, cheered on by the feared OMON riot police after he’d called the protesters rats?

Those we spoke to were scared. They don’t want to leave the country but they fear they might have to. Children are leverage for the state. “I used to walk the streets in the evening without fear, I thought I lived in a peaceful country,” Ms Sherbinskaya says.

“But now I am scared. The easiest thing for them to do would be to take vengeance on me via my children.”

“I’m thinking of leaving the country for a while,” Mary tells us. “Because no matter how much I love the country, I don’t want to spend years in prison for nothing, just for disagreeing with what the government says.”